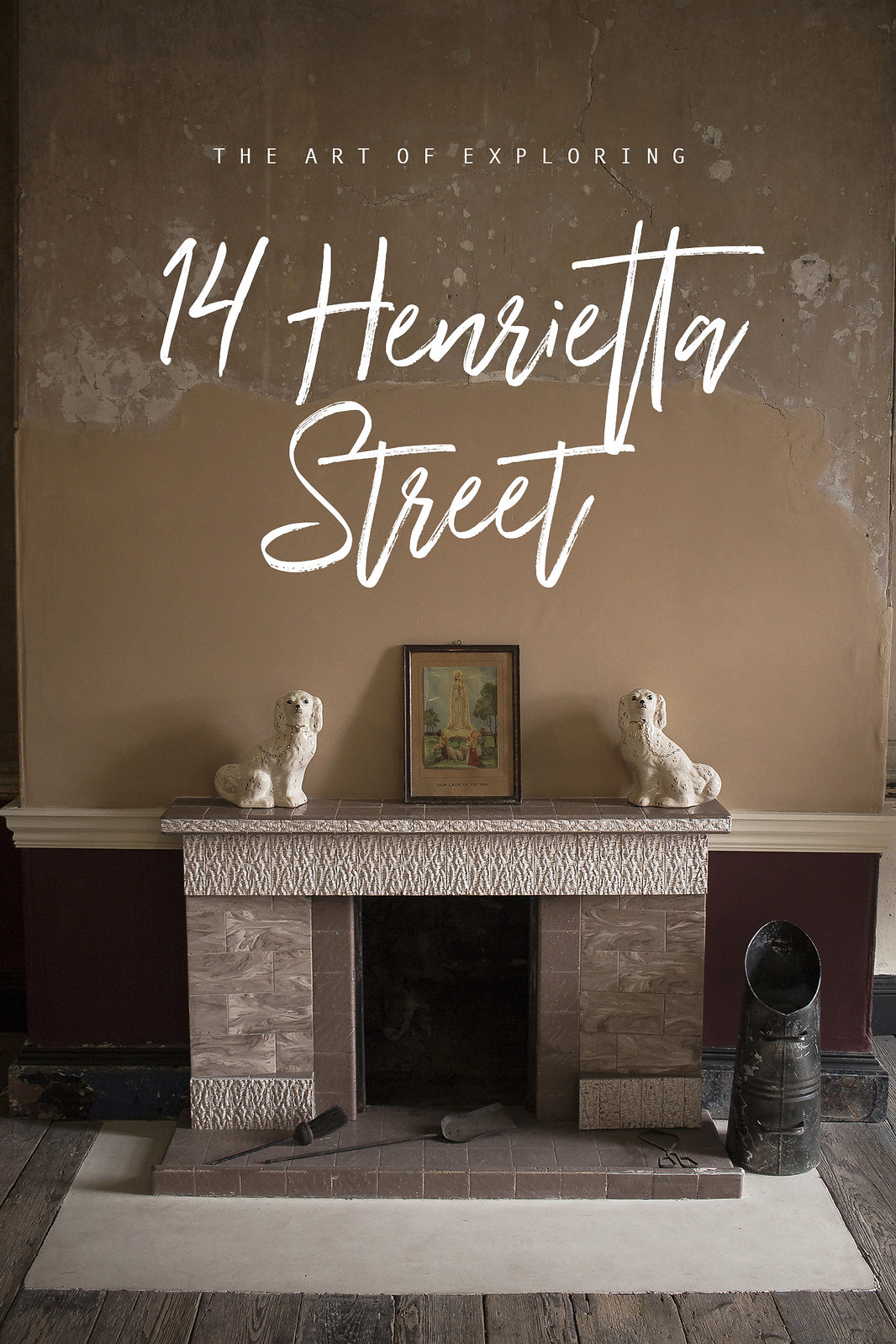 There’s a new museum in town and it’s a good one. It is also an important one in the context of Dublin’s current homelessness crisis. 14 Henrietta Street tells the story of housing in Dublin from the 1750s to the 1970s. In the span of these 200 years, number 14 saw its residents drastically change from when it was a wealthy family’s townhouse to a tenement dwelling accommodating up to a 100 people.
Now you can step in 14 Henrietta Street and listen to its walls talking.

The museum is located on Henrietta Street, the first Georgian street in Dublin. It’s an atmospheric cul-de-sac which you can find in the North inner city. The houses are uncharacteristically tall, the road is still covered in cobblestones and at the end, you’ll find King’s Inns, the oldest school of law in Ireland.
It’s one of my favourite streets in Dublin, it has a striking old-world charm and for that reason it features in many films and tv shows. 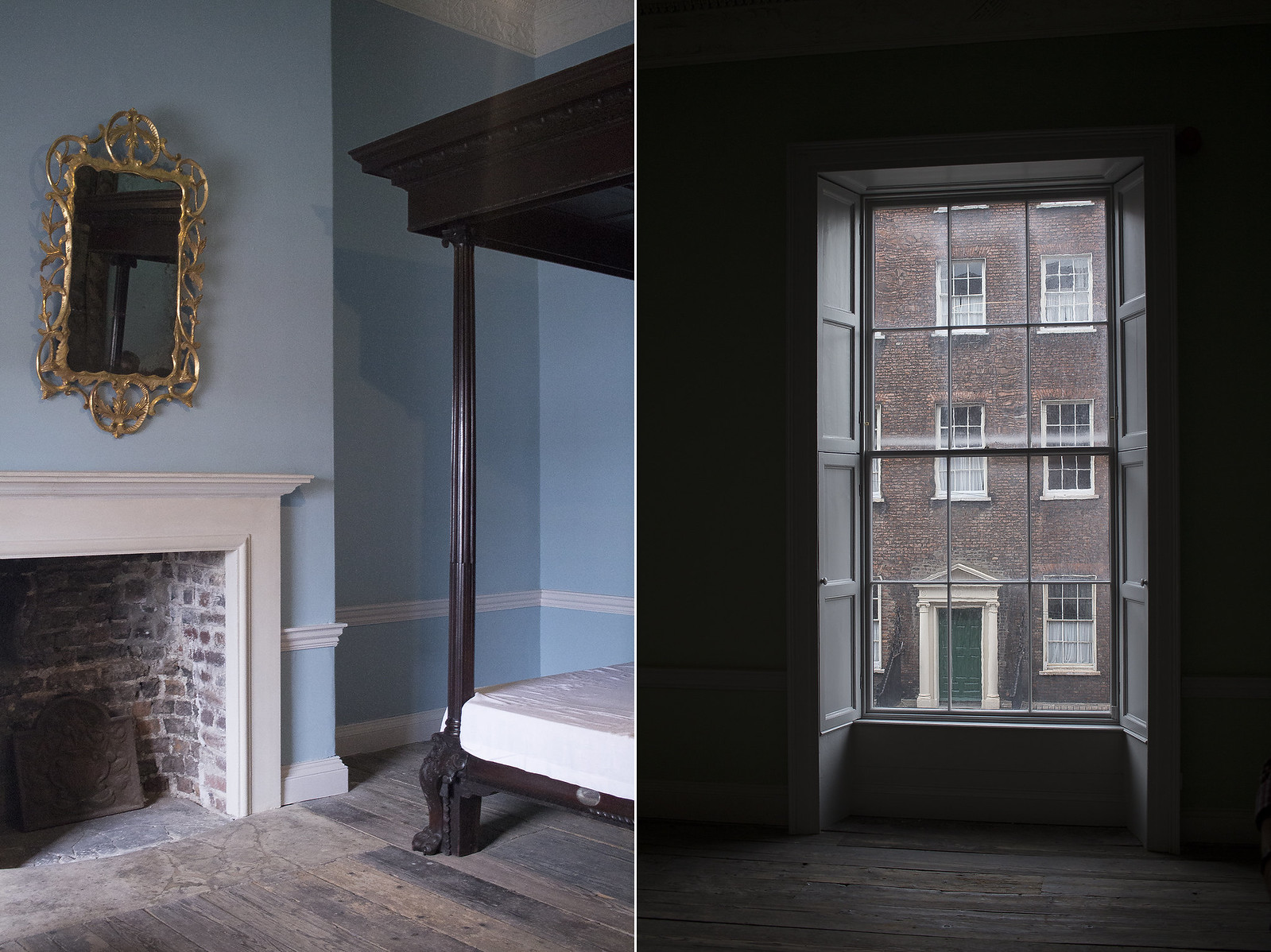 The street was built by architect Luke Gardiner in the 1720s. The houses here were to welcome Dublin’s high society.
In 1748, 14 Henrietta Street was ready and Lord Viscount Molesworth moved in with his family. It’s in these Georgian times that the museum tour starts.
As soon as our group opens the front door we are met with the reconstructed grand staircase. It’s easy looking at it to imagine how this family would receive and entertain their guests here. At the top of the stairs, we admire the place’s original features as well as the view on the street from the first floor’s window. It’s almost hard to believe it’s late Summer, the towering houses on the opposite side of the street cast such a cold shadow in the room.
We walk in the music room which original purpose is given away by the delicate instruments carved in the ceiling’s plasterwork. As we go through the period rooms, we learn of the Molesworth’s fate.
Following the 1800 Act of Union which joined Ireland to the United Kingdom, Dublin’s aristocracy left the city en masse for London. This plunged the city in a deep economic crisis. Landlords had now on their hands these big beautiful townhouses that no one could afford and they decided to cut them in flats.
Thus was born the era of Dublin’s tenement housing. 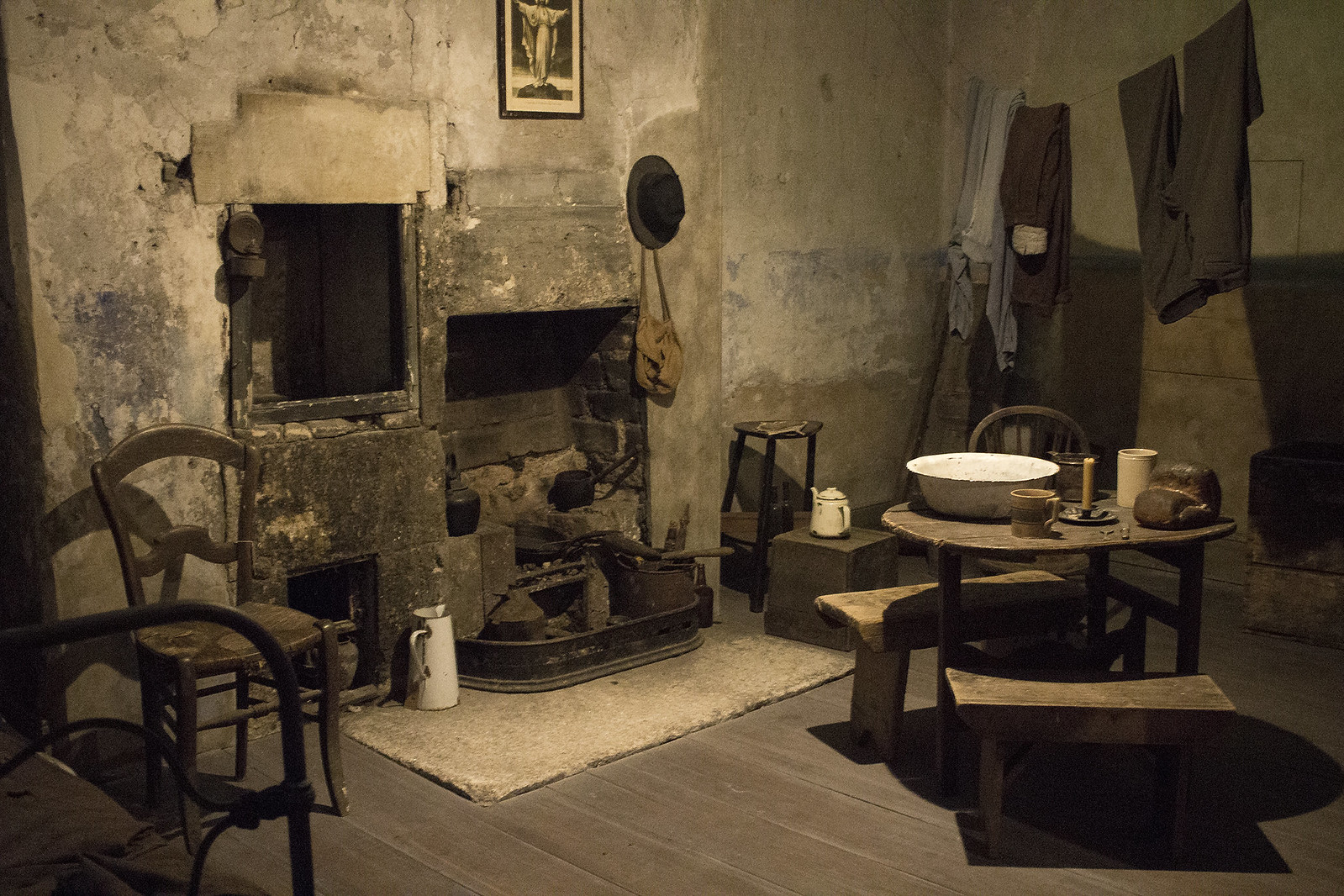 This radical change of pace of the house hits us in the face as we open the blue bedroom’s back door to the service stairs. Here starts the tenement part of the museum. The walls are crumbling, it’s cold, dark and dingy. Our tour guide Tracey tells us that some visitors who used to live here can still smell the disinfectant that covered the walls. It’s undetectable to me but the walls indeed still bear the bleach-laced paints of Raddle Red and Reckitt’s Blue.
In 1877, Thomas Vance bought number 14 and divided it in 17 flats with only 2 toilets available. By 1911, 100 people were living in these dwellings. The poorest families were squeezed in into single rooms. You’d typically find these lower-rent rooms in the basement and this is where the tour continues after we carefully go down the rickety stairs.
The room is dark but for a sliver of light coming from the street above. The furnishing is minimalistic: a metal bed, some enamel wash-bowls, a couple of chairs, clothes hanging and holes in the wall that pass as a hearth.
The scene is directly inspired by the work of social photographer John Cooke. Back in 1913, he documented the state of Dublin’s slums. His pictures served as a base for the Dublin Housing Inquiry upon which actions were to be taken to improve the living conditions of the poor. Unfortunately, World War I broke out and the issue was swept under the carpet.
On the walls of the basement flat, we are shown John Cooke’s photographs depicting these living conditions and it’s absolutely heart-wrenching. It’s hard to believe that once a family of 13 had slept right here.

The tour continues upstairs, in a room where vintage toys and prams are gathered in a corner. As black and white pictures of children playing on Henrietta street are projected on the wall, we listen to Peter Brannigan, a former resident. He tells us what it was like growing up here in the 1940s.
Nursery Rhymes appear on the door and some visitors start singing along, bringing in the room the ghosts of their own memories of a distant Dublin. 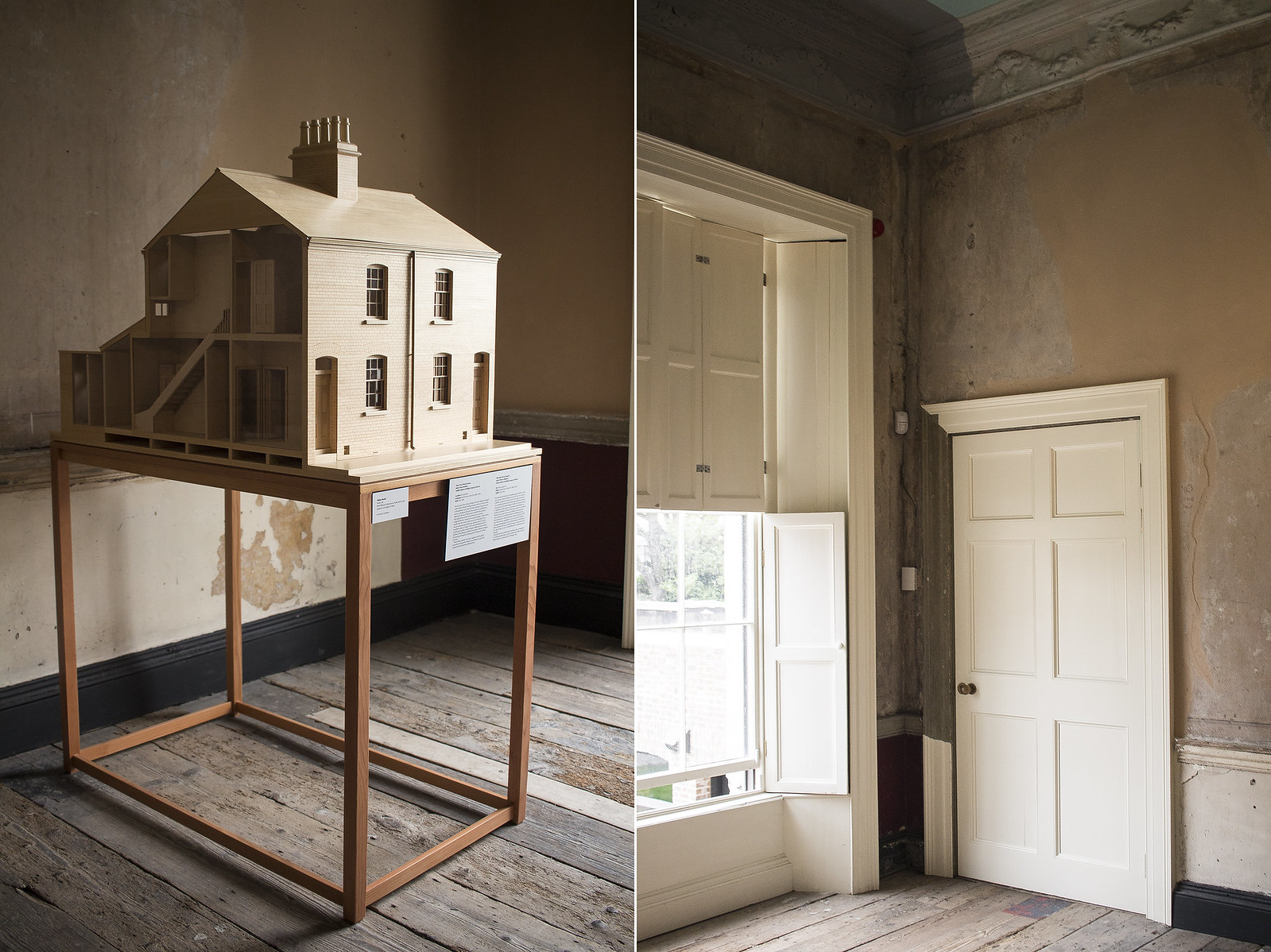 Next door, we learn of the end of tenement living. Low-income families were moved to new flat blocks and suburban cottage houses. This process started in the 1930s and went on until the 1970s. Of course, it was a blessing for these families. It meant safer living conditions, more room and also new hobbies for the wives like gardening or cooking. But there was a price to pay, it was lonely. They felt like they lost their community they had been relying on every day. The cost of life was higher too as the suburb shops tended to be pricier. 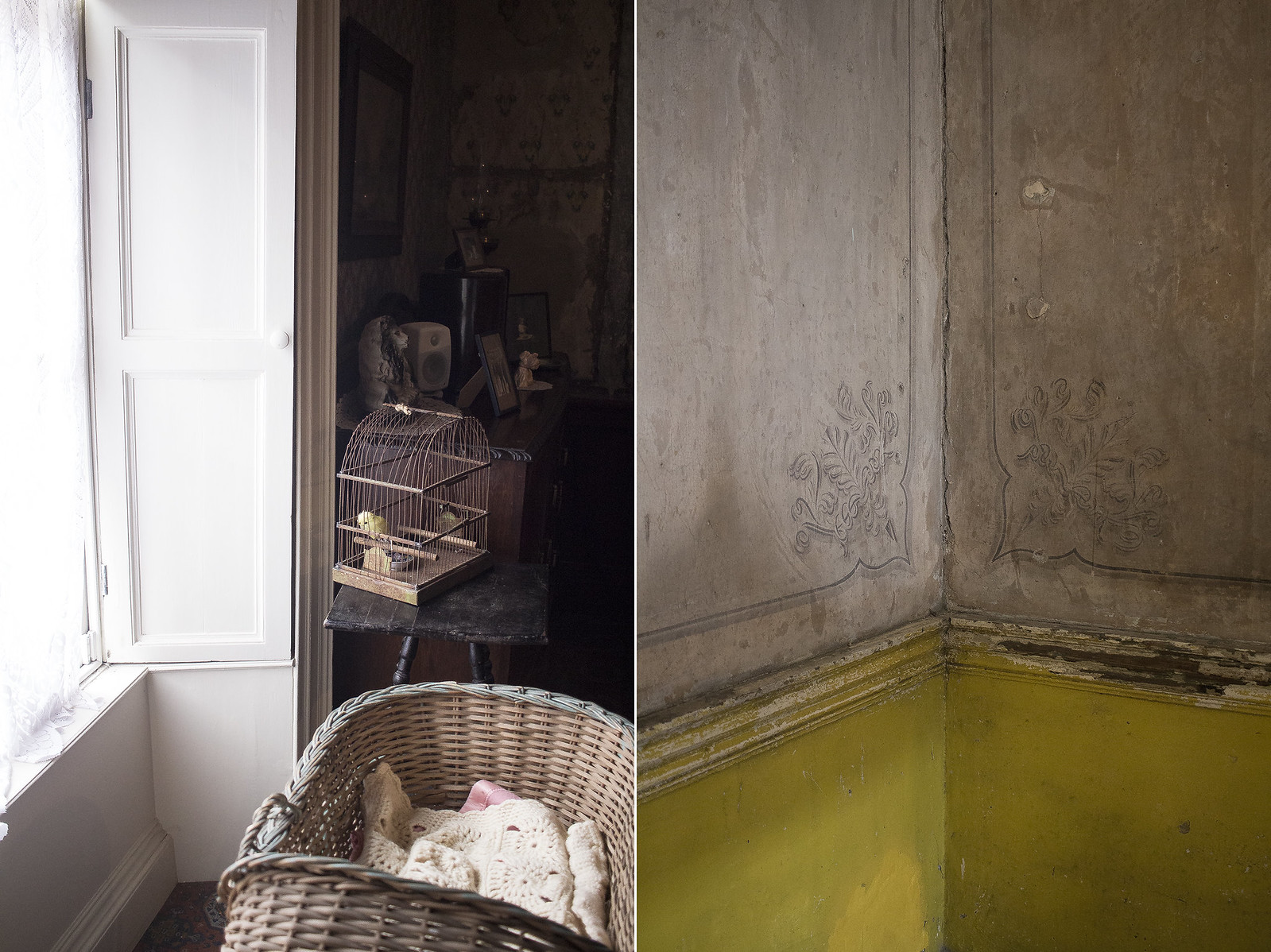 The tour ends in a colourful explosion of knick-knacks in the last room. This is the recreation of Mrs Lily Dowling’s flat which would have looked like a typical tenement flat in the 1960s. It’s a lovely surprise in contrast of the previous rooms that were looking a bit bare.
The room is partitioned in three: there’s a tiny galley kitchen, a living room with a bed, a piano, there’s even a telly, and finally a small bedroom. The floor linoleum and wallpaper are striking replicas of scraps that were found during the building’s renovation.
Some visitors are enchanted to see the kitchen stocked with staples from another era. Tracey passes a carbolic soap that we gather around to sniff. It has an unpleasant smell of petroleum to my non-Dubliner nose but it seems to delight the woman next to me. ‘You can still buy them on Thomas Street!’, she exclaims. Her nostalgia is contagious and I feel myself warming up to the weird pink soap smell. 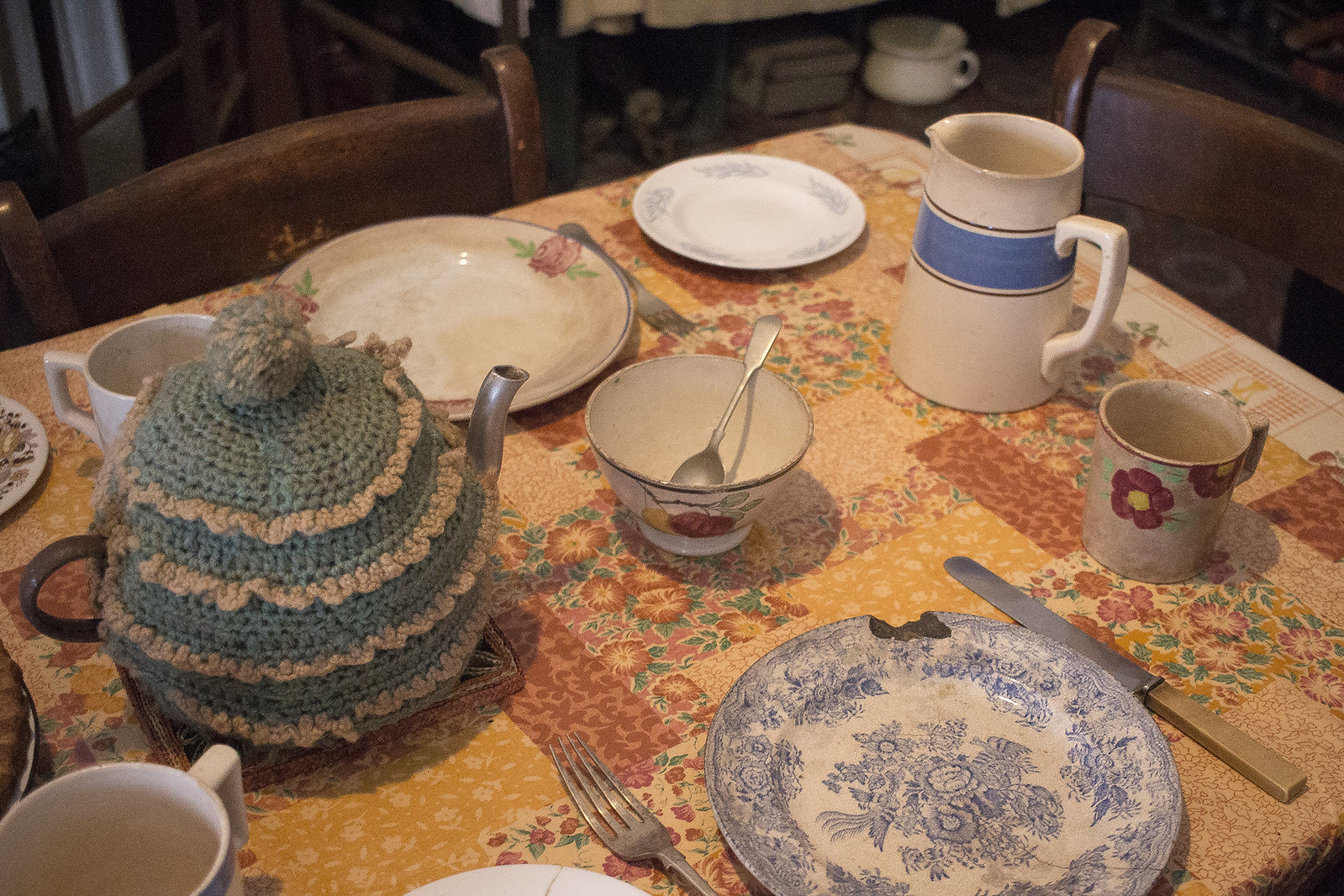 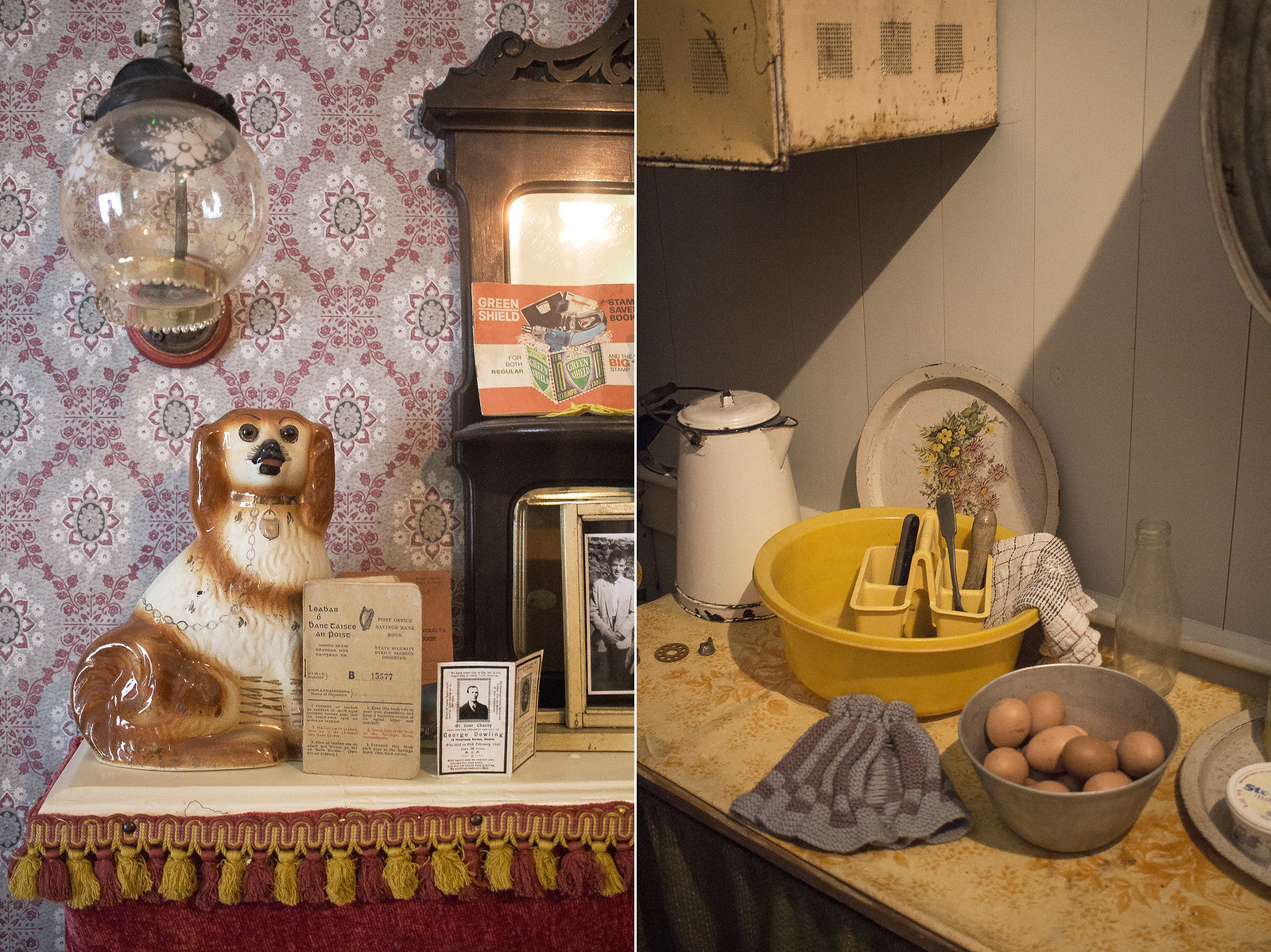 14 Henrietta Street lifts the veil off an unpleasant part of Dublin’s history but don’t be put off by the idea as I think you’ll find yourself uplifted by the tour. Yes, you’ll feel anger towards landlords whose greed seem to know no limits and the feeling is certainly amplified in the current housing climate. But what stays with you is the strong community spirit the people of Dublin demonstrate by the bucket load in the presence of adversity. 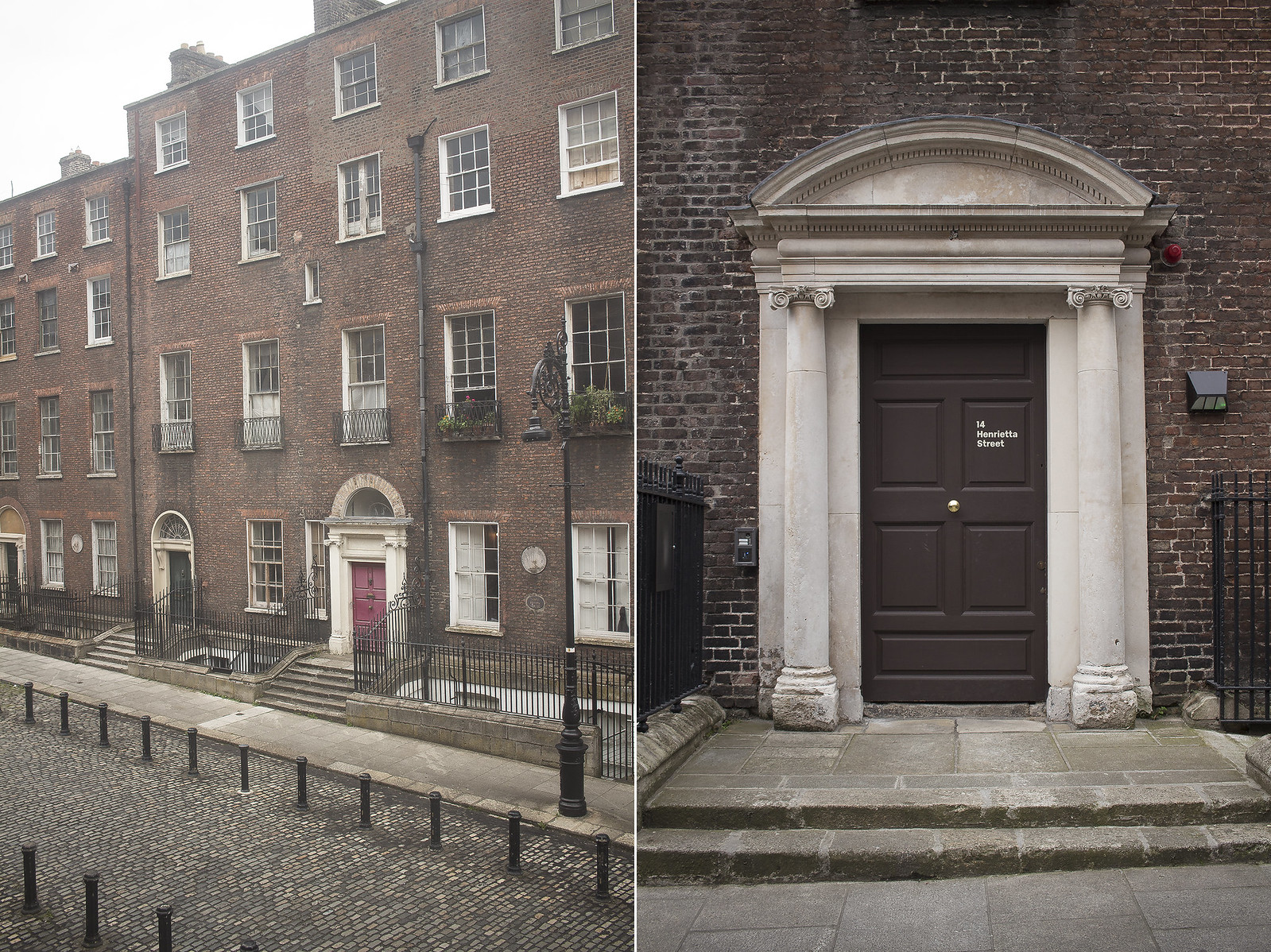 Opening Hours
10am – 4pm, tours are on the hour with the last tour at 4pm (Wednesday – Saturday)
12pm-4pm (Sunday)
Closed on Monday and Tuesday
Booking your ticket online is advised.

One thought on “14 Henrietta Street | Dublin”