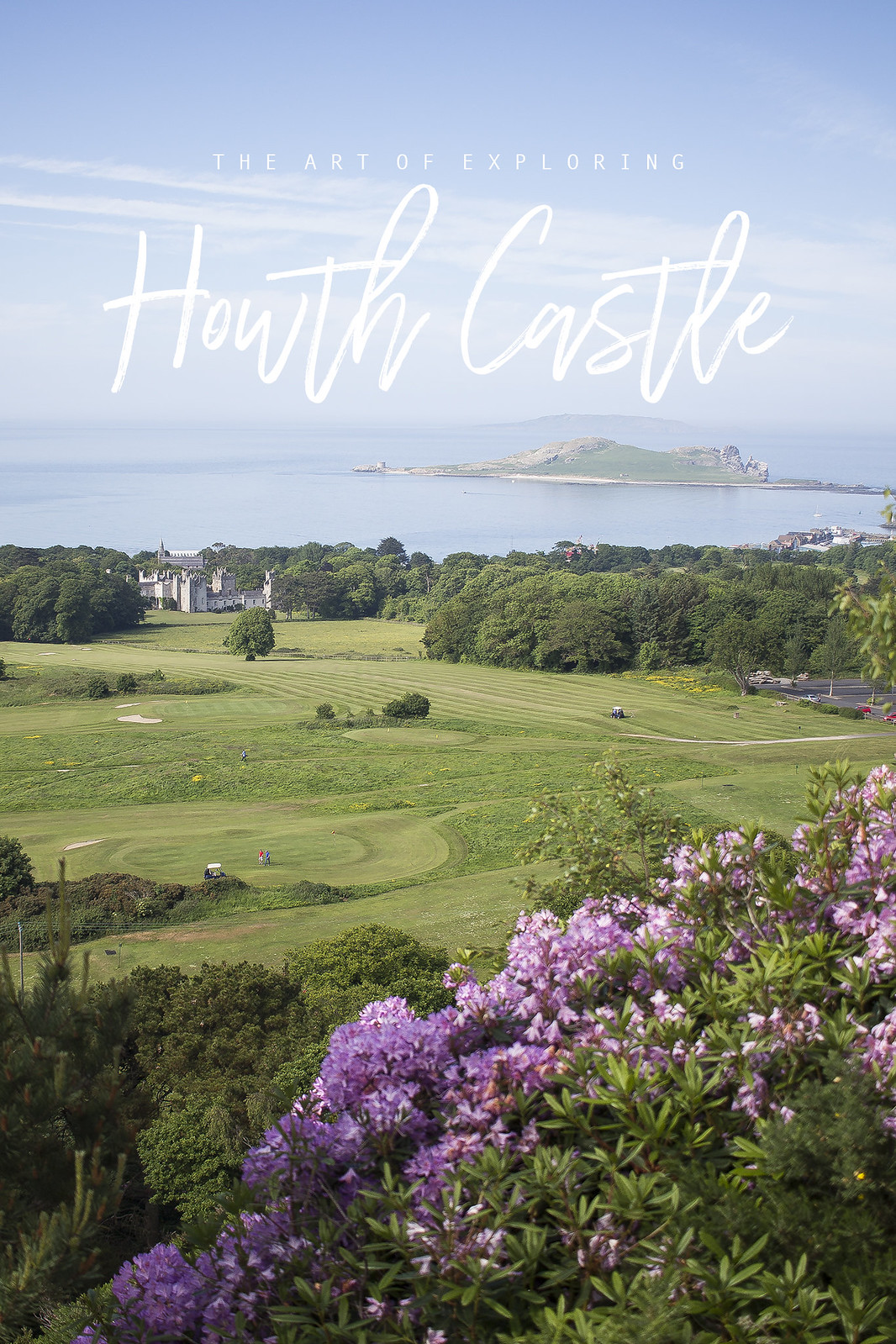 Up until recently, I had never heard of Howth Castle, despite going to Howth Village more times than I can remember. Judging from the reactions I had from some Dubliners, I was definitely not the only one oblivious to its presence. This 700 year old castle is literally hiding in plain sight on the peninsula of Howth.
You see, when you exit Howth Dart Station, you instinctively take a left, in the direction of the harbour. Next time go against your instinct and take a right until you reach the estate’s impressive stone gate entrance. It would be a shame to miss this estate, scene of a pirate legend and of one of the most famous monologues in Irish Literature. 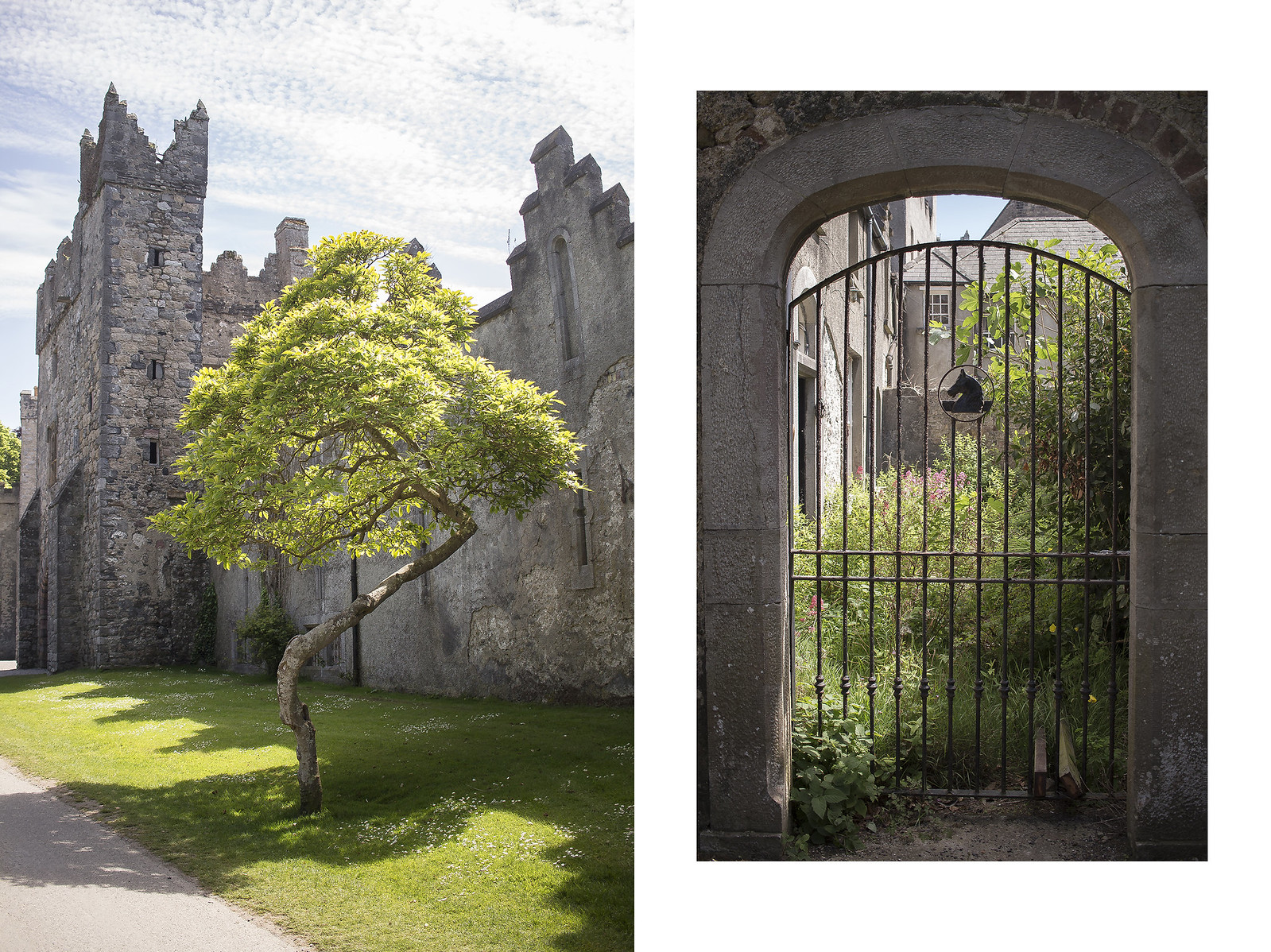 From the time you pass under the entrance gate, it’s a good 10 minute uphill walk until you see the castle. It’s an impressive sight.  Notice the layers of history in all the parts that were successively added to the structure through the ages.
There has been a Howth Castle since 1180 on the edge of Howth village but nothing is left from that original timber building. The oldest parts you can see today date back from the mid-15th century.

What’s fascinating is that the same family has been living here since 1180 thus making Howth Castle one of the oldest residential castles in Ireland, if not Europe. The Lawrence Family has been carrying all sorts of stories and traditions over 35 generations. One in particular involves a lady pirate, Grace O’Malley. Back in 1576, she wished to visit the castle but when she knocked on the doors, she found them shut tight. The Lawrence Family was too busy having dinner to receive her. Strongly offended, she orchestrated the kidnapping of the family’s young heir in retaliation. After much discussion, Grace and the Lawrence came to an agreement. She was to bring the boy safe home on the condition that the castle doors must always be open and that an extra seat must be set at the table for any unexpected guests. It is said that the family still honours their promise even to this day. Do you reckon I could show up tonight for a bite? 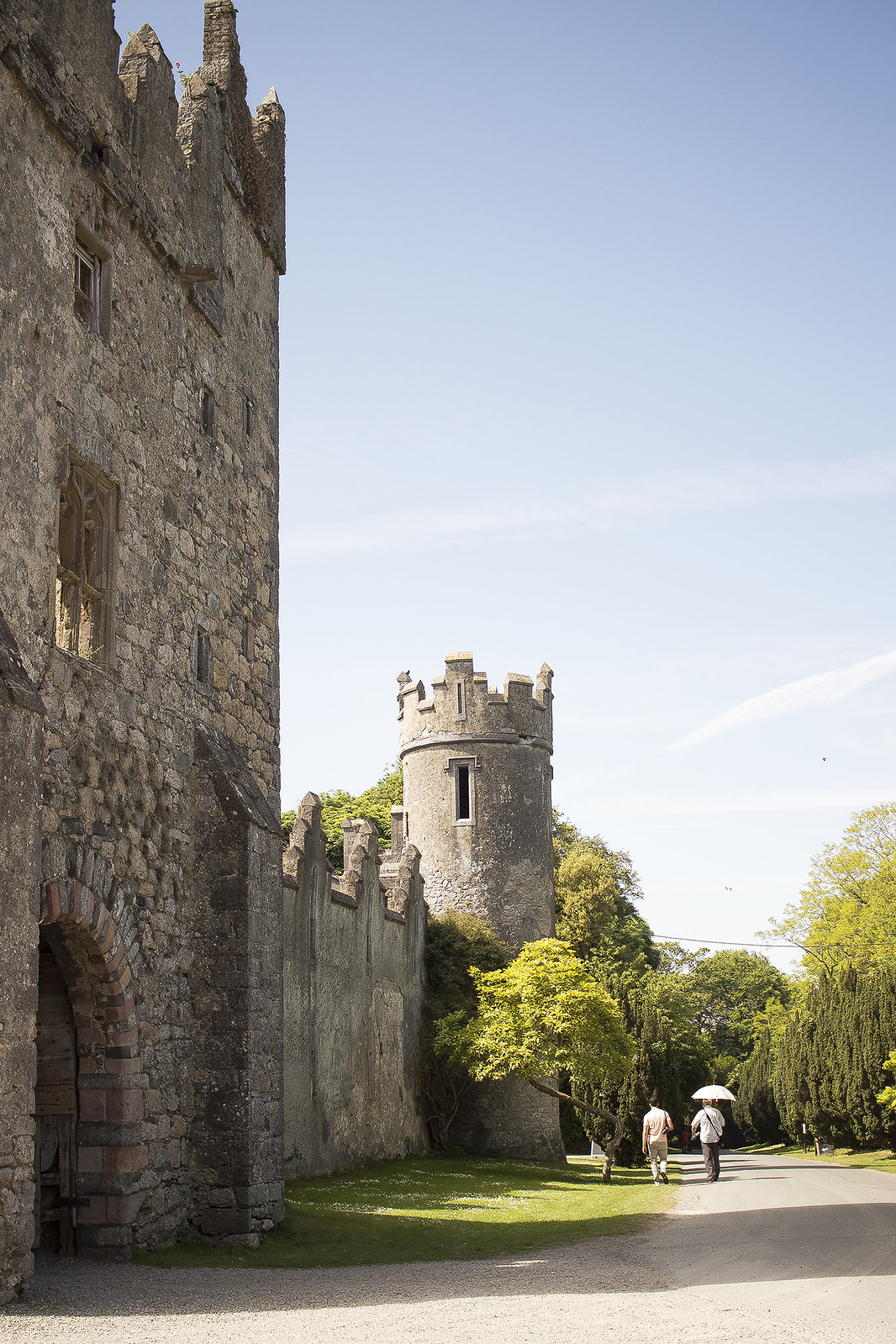 If you’re interested to know more about the castle and the Lawrence family, you can take part to a tour between the months of April and September, on Sundays.
To be found also inside the castle is the National Transport Museum of Ireland as well as the cosiest cafe I ever did see. It is located in the courtyard. As soon as I stepped inside the Castle Cafe, I felt like I had been transported to someone’s private garden, albeit with a grandiose castle background. Little white cast iron tables and chairs are scattered on the lawn and there’s also seating available in the adorable conservatory. I heard they make scones everyday fresh out of their aga. It sounds absolutely heavenly, I’m dying to try them out with some yummy jam. They also serve afternoon tea in this idyllic setting. 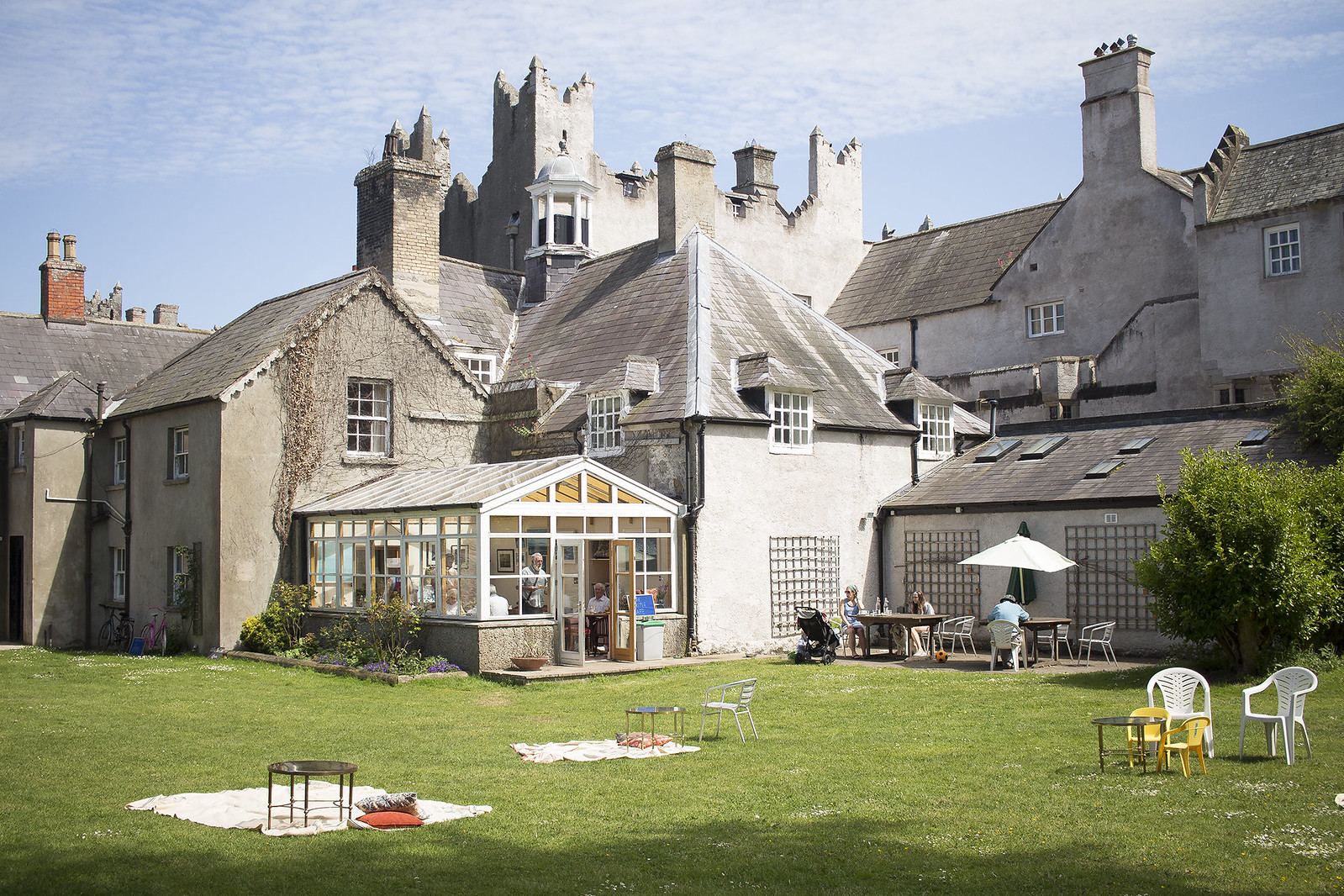 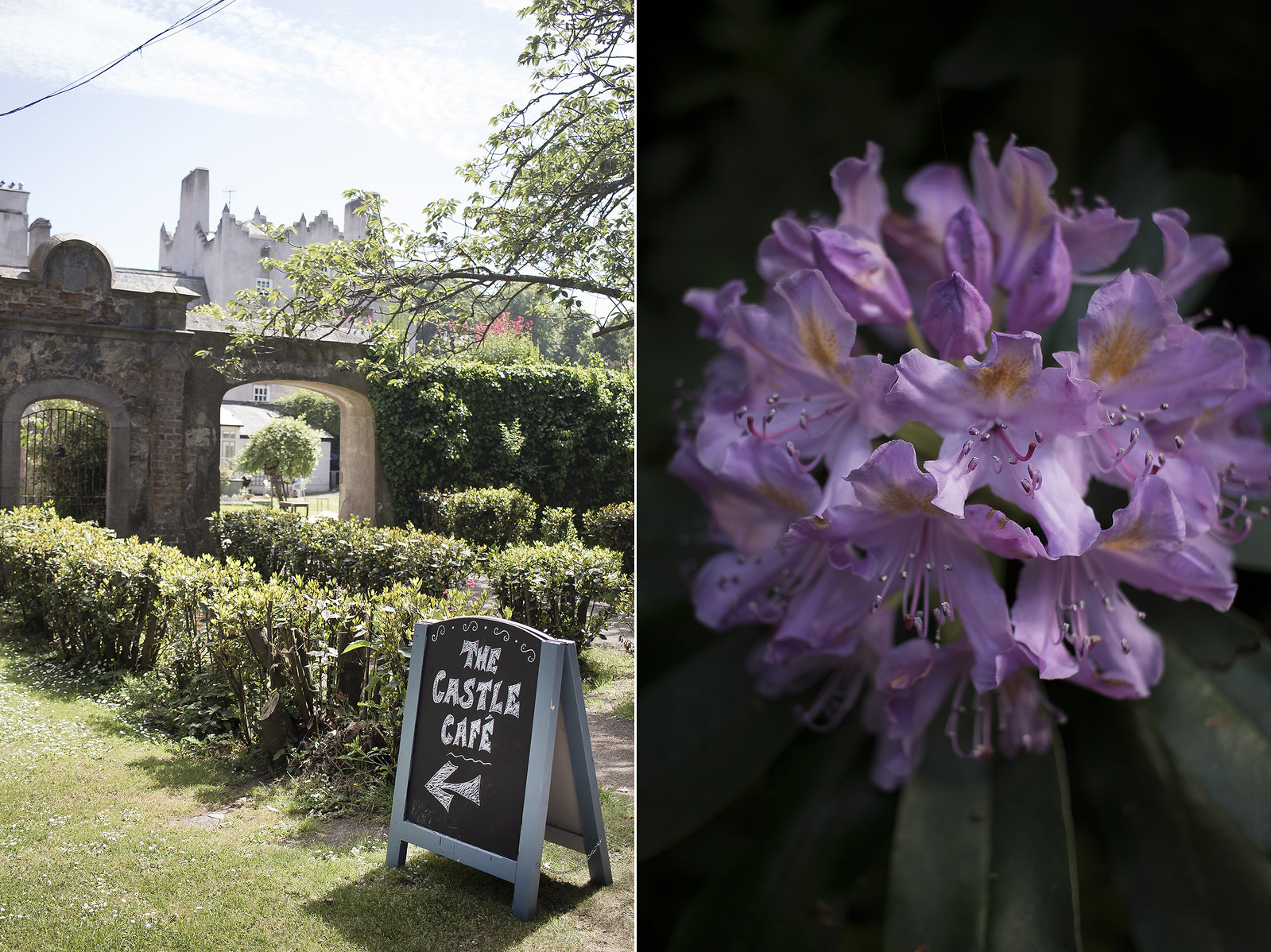 Outside the castle, you still have plenty to explore in the 250 acre gardens so hold on to your boots. First you’ll stumble upon the Deer Park Golf. At the time of my visit (early June), it was completely covered with buttercups which was ever so cheerful. I immediately had the urge to cross the field and walk towards the sea until I reached the park’s edge. Through the trees, I was surprised to see spreading in front of me Howth harbour and its tiny seafood restaurants. It’s a crazy thought, Howth Castle demesne had been here all along, only hidden by a handful of trees. I could see below the streets I had trodden, oblivious to the amazing treasure that was lying so close.
This sudden change of perspective made me feel a bit dizzy. What else have I not noticed around me? I had missed a bloody castle, after all! 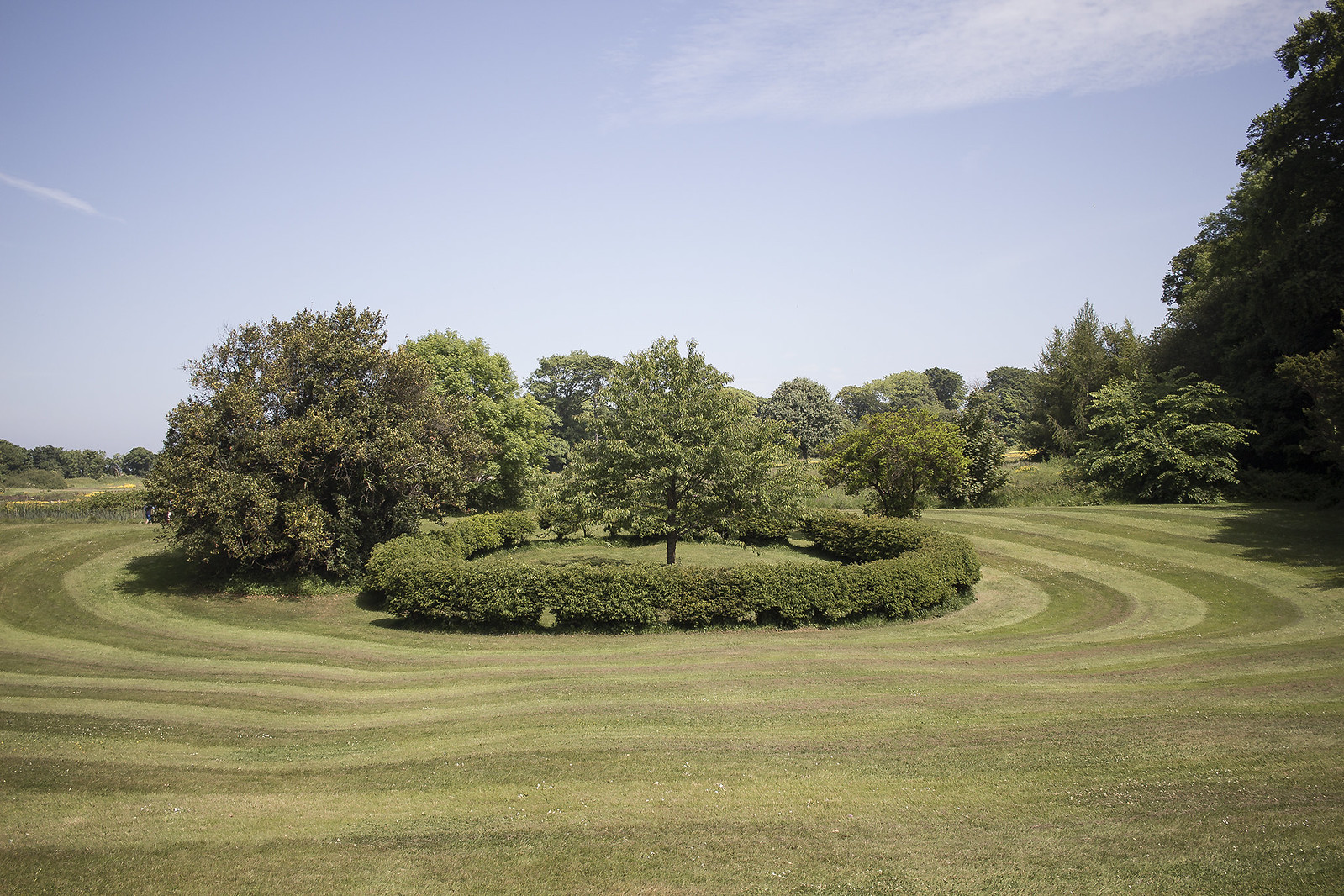 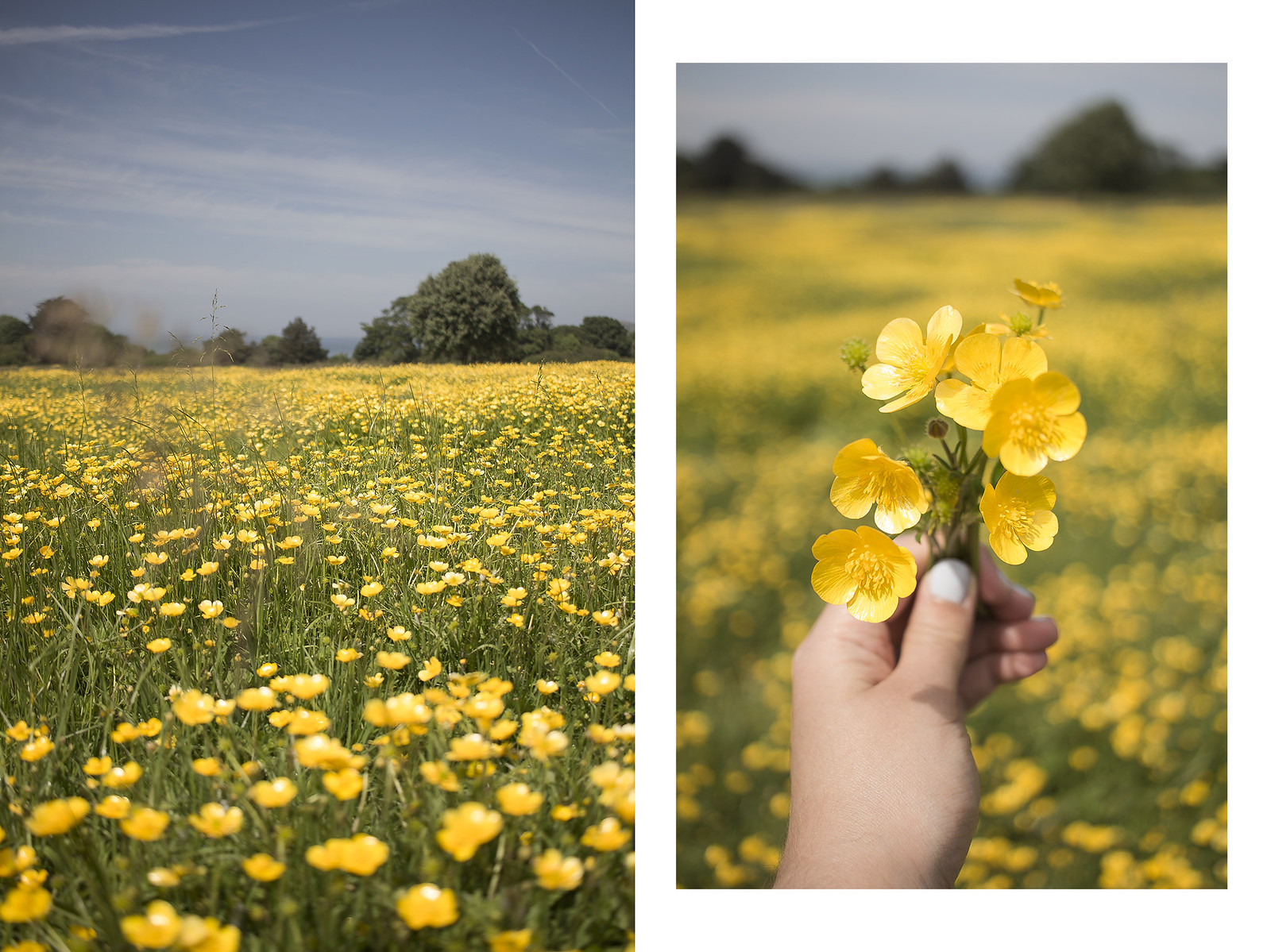 After spying on the village like a creepy puppet master for a while, I set off in the direction of the golf club’s bar. Near the parking lot, I watched a lone golfer practising his swing. Surely, he must have felt like the luckiest golfer alive facing the epic view over the peninsula’s entrance.

Behind the building is the start to the Rhododendron Walk. It goes through a forest of, you guessed it, rhododendrons. It looks so out of place, almost jungle-like, you would not necessarily expect to find a setting like this in Ireland.  The forest paths are covered with the trees’ exposed twisting roots, I felt like I had just been transported in the film Legend. I don’t think it would have totally surprise me to catch a glimpse of a unicorn in between the foliage.
Note that the rhododendron trees bloom from May to June so make sure to plan your visit around that time to experience the place to its full potential. 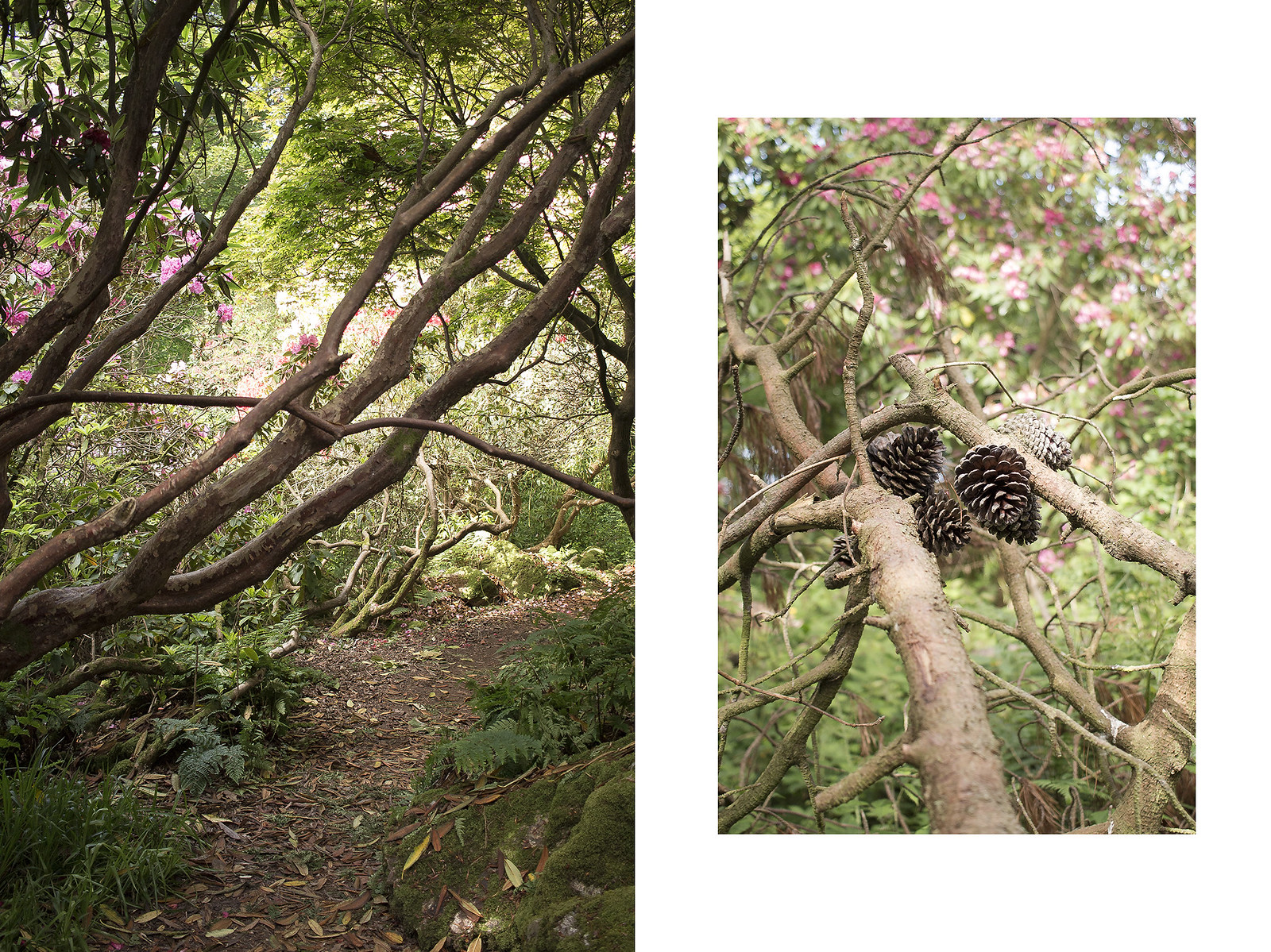 At the start of the walk, you can go straight and climb steep steps that will lead you to the top of the Rhododendron hill. It might take a little effort but believe me the pay-off is worth every steps. I don’t think I exaggerate when I say that there you will find one of the most stunning views in Dublin. In my opinion, it ranks as high as the view from Killiney Hill. It sweeps over Howth Castle, Howth Harbour and the Ireland’s Eye. You can even see the Poolbeg Chimneys on the left! 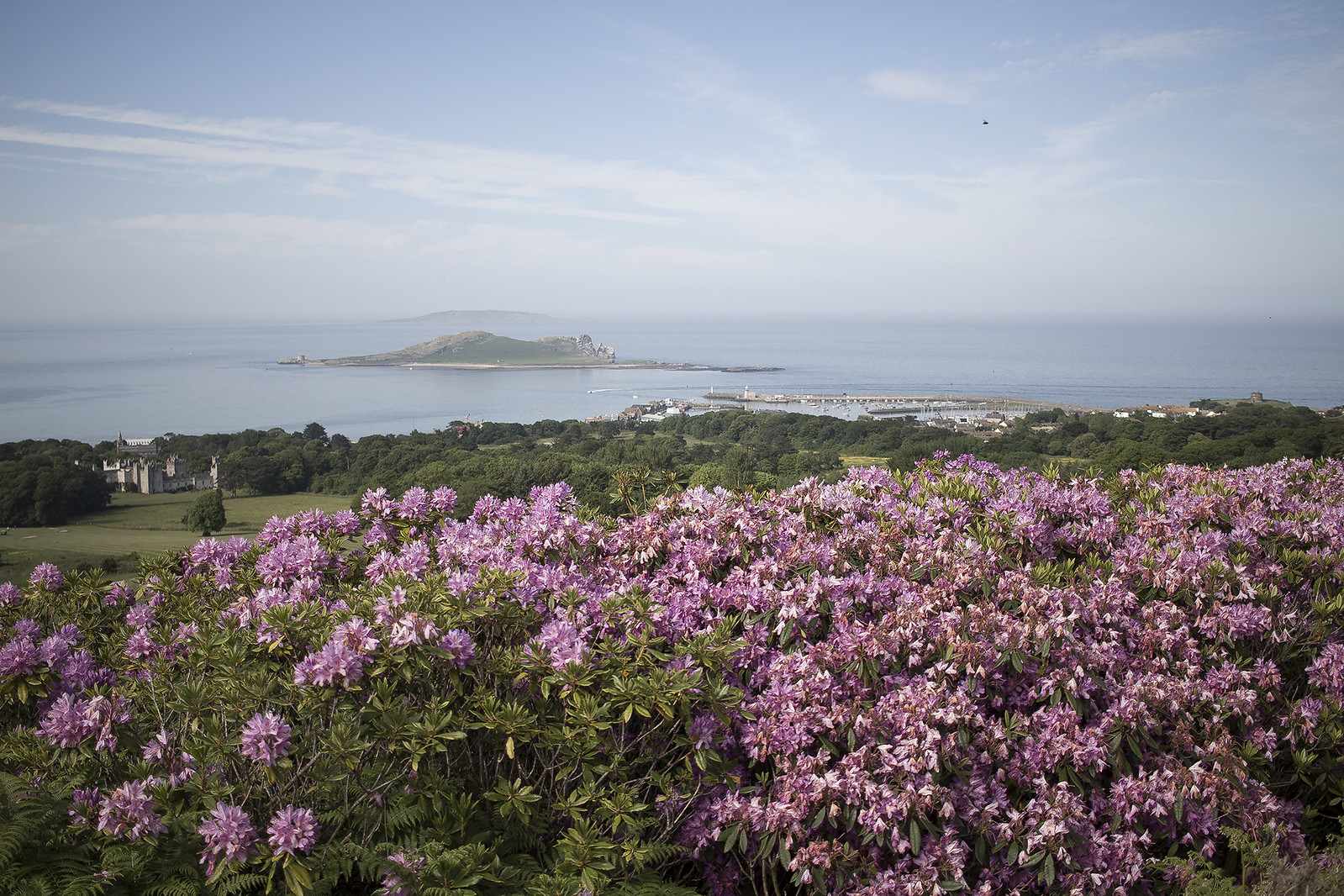 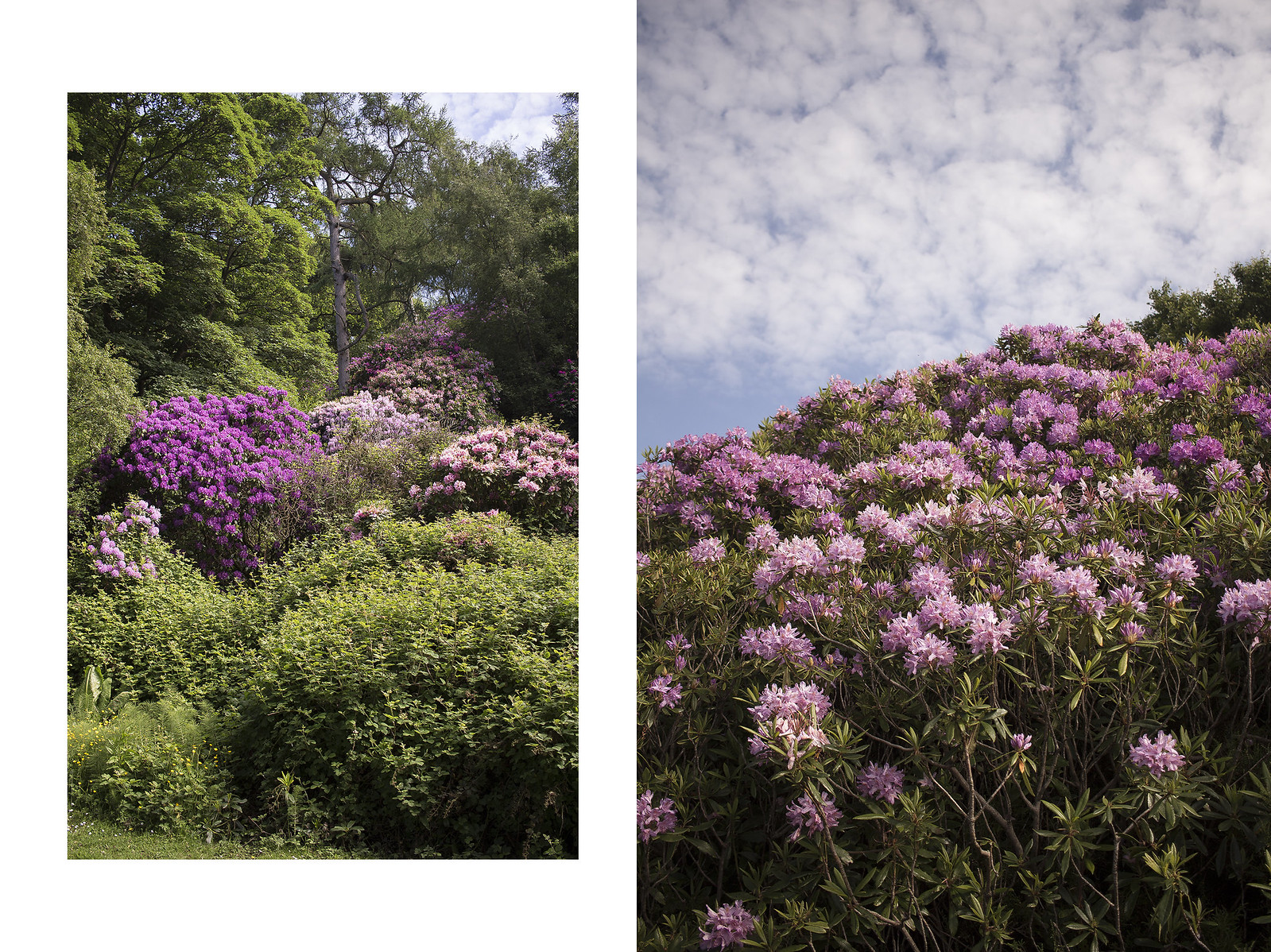 Now if you’d rather not climb any steps, you can take the path on your right to explore the forest grounds. There you’ll find an impressive dolmen, the 2nd heaviest in Ireland. It’s nicknamed Aideen’s Grave after a young widow who died of a broken heart following her husband’s death at the battle of Gabhra (AD 184). Unfortunately as romantic as this legend sounds, it can’t be true as the stone was dated at least 300 years older than the historic battle. 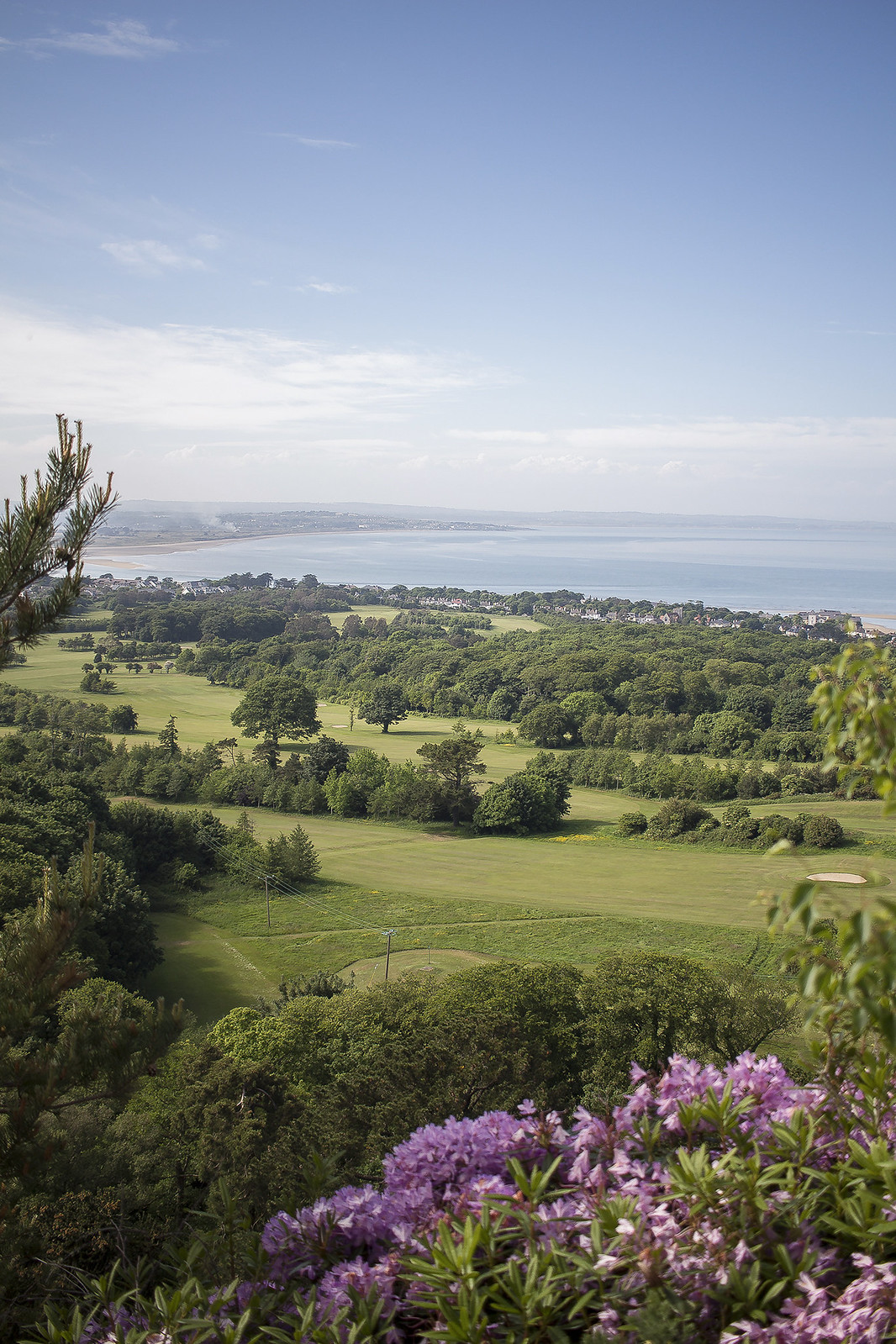 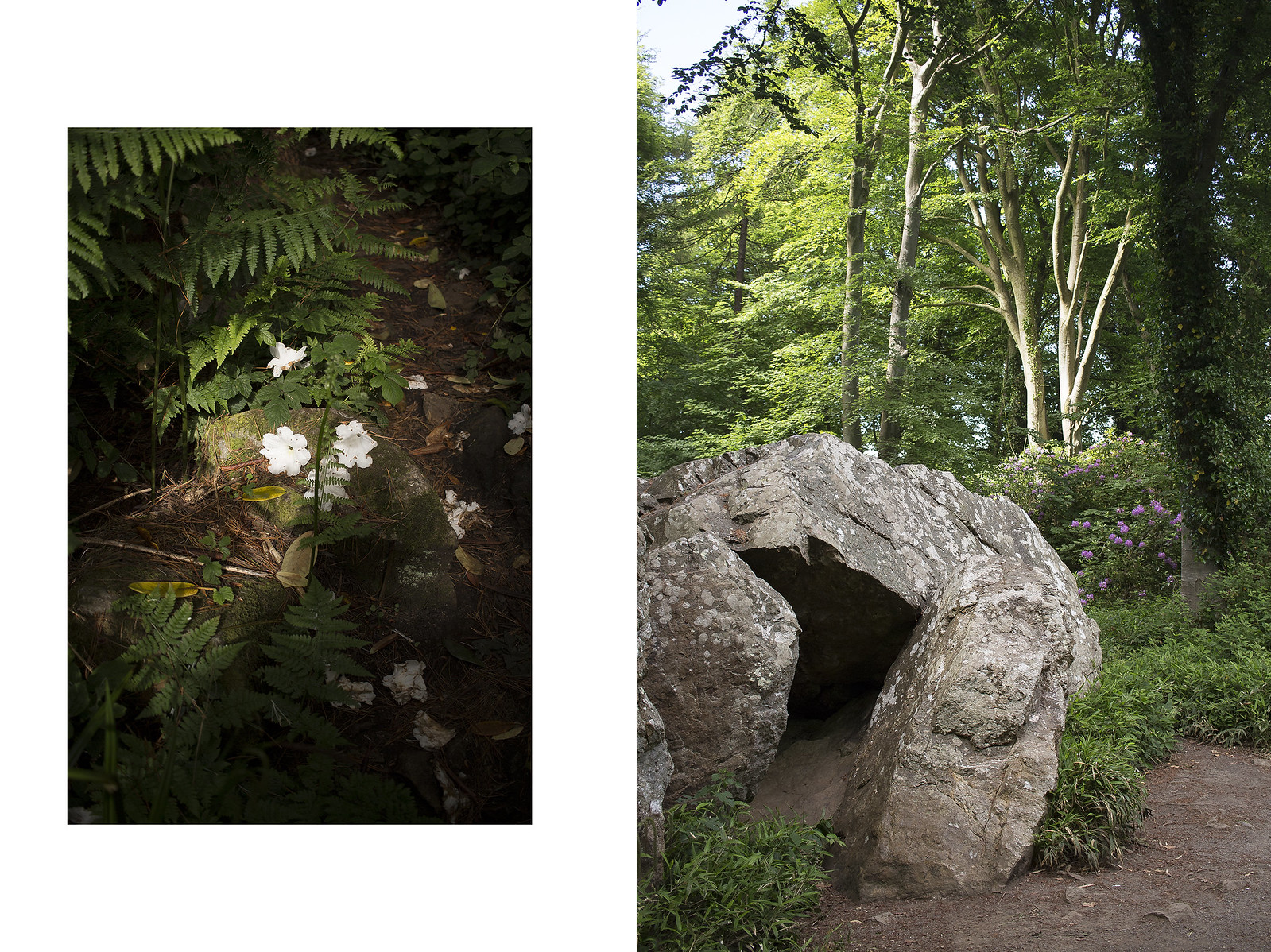 Another fictitious love story was set among these trees. Indeed, it is here that Leopold Bloom proposed to Molly in James Joyce’s Ulysses. This is the scene of the most recognisable monologue in the book. Amongst these striking trees, she said yes she will yes. Who wouldn’t really?

See also: Drimnagh Castle, if you’re looking to visit another castle in Dublin 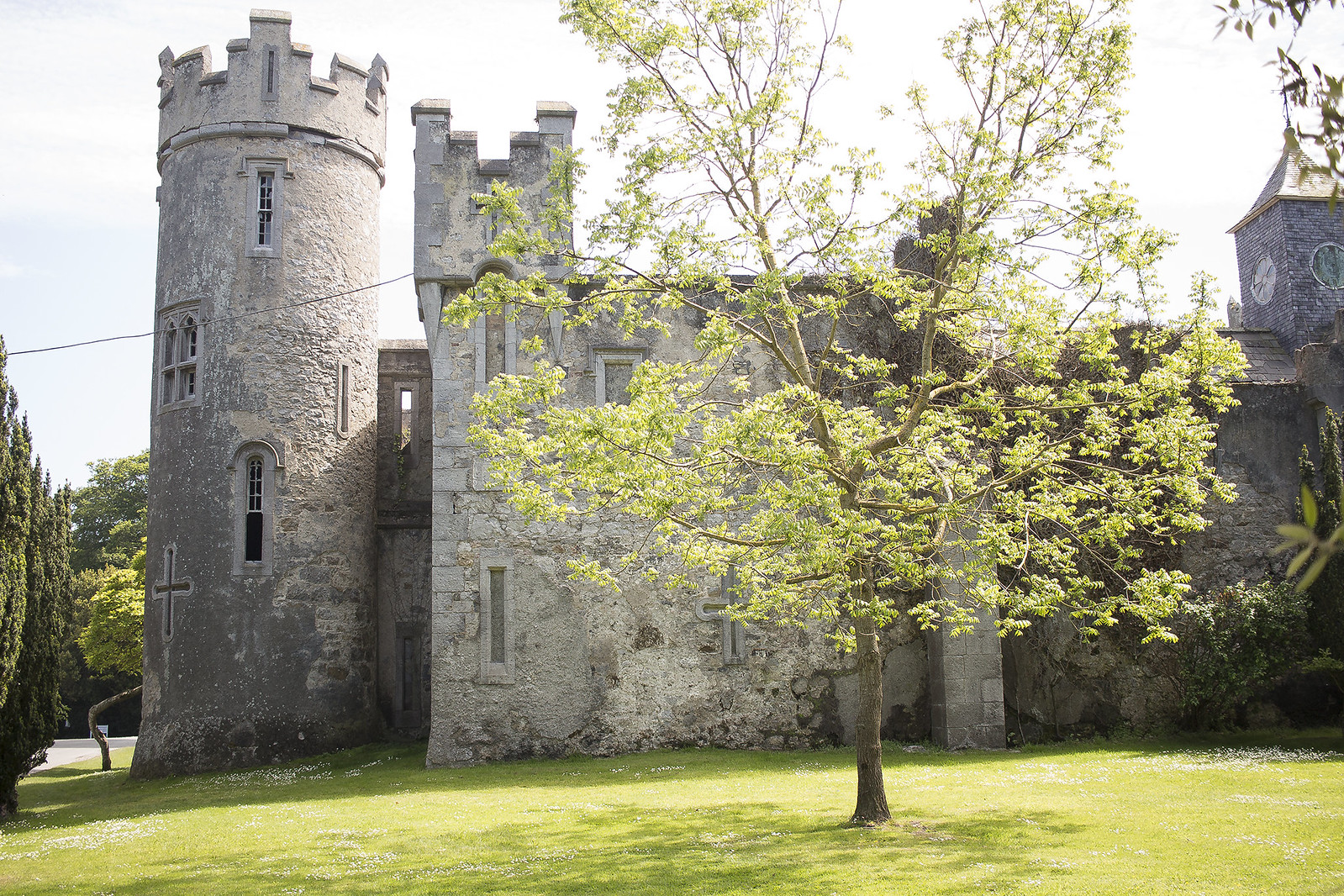 Opening Hours
Tours of the castle are available on Sunday afternoon from April to September, you can book your ticket here.

One thought on “Howth Castle | Dublin”