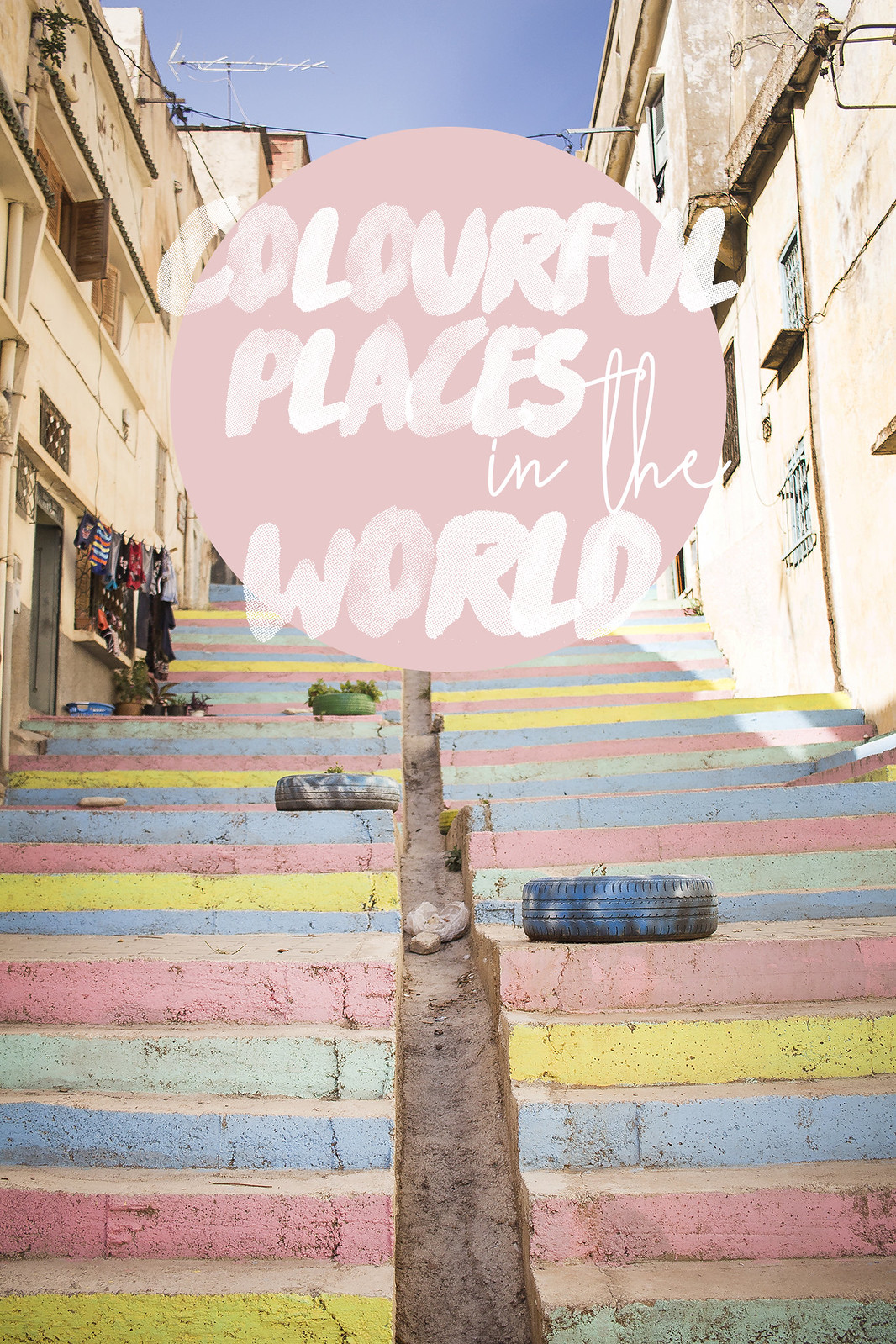 Today is World Colour Day so I thought it would be fun to look back on my travels and pick the most colourful streets, villages, towns or cities I encountered. Some of these are as bright as bright can be but some other are definitely more pastel.
So here’s a top 10, in no particular order, for your peepers to hopefully brighten up this very grey start of Spring. 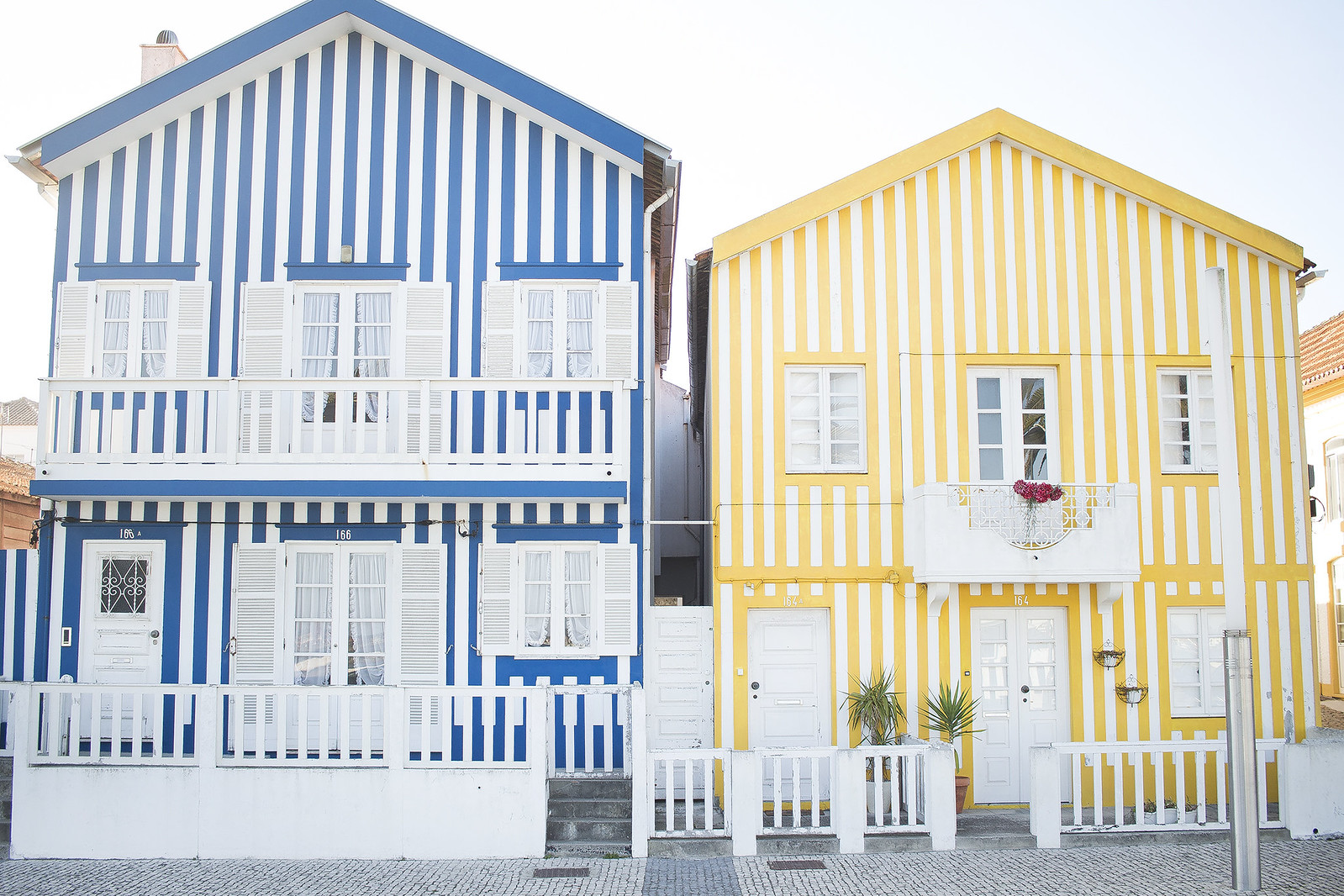 Costa Nova is one of the beach towns of Aveiro in Portugal. When I went to Porto, I made a point to make the hour and a bit journey to this cheerful little place. I was so curious to see these colourful huts with my own eyes. I’m happy to report the place looks as glorious in real life as in pictures. The candy-striped houses on the promenade gave me so much joy. The whole thing looked like a film set! 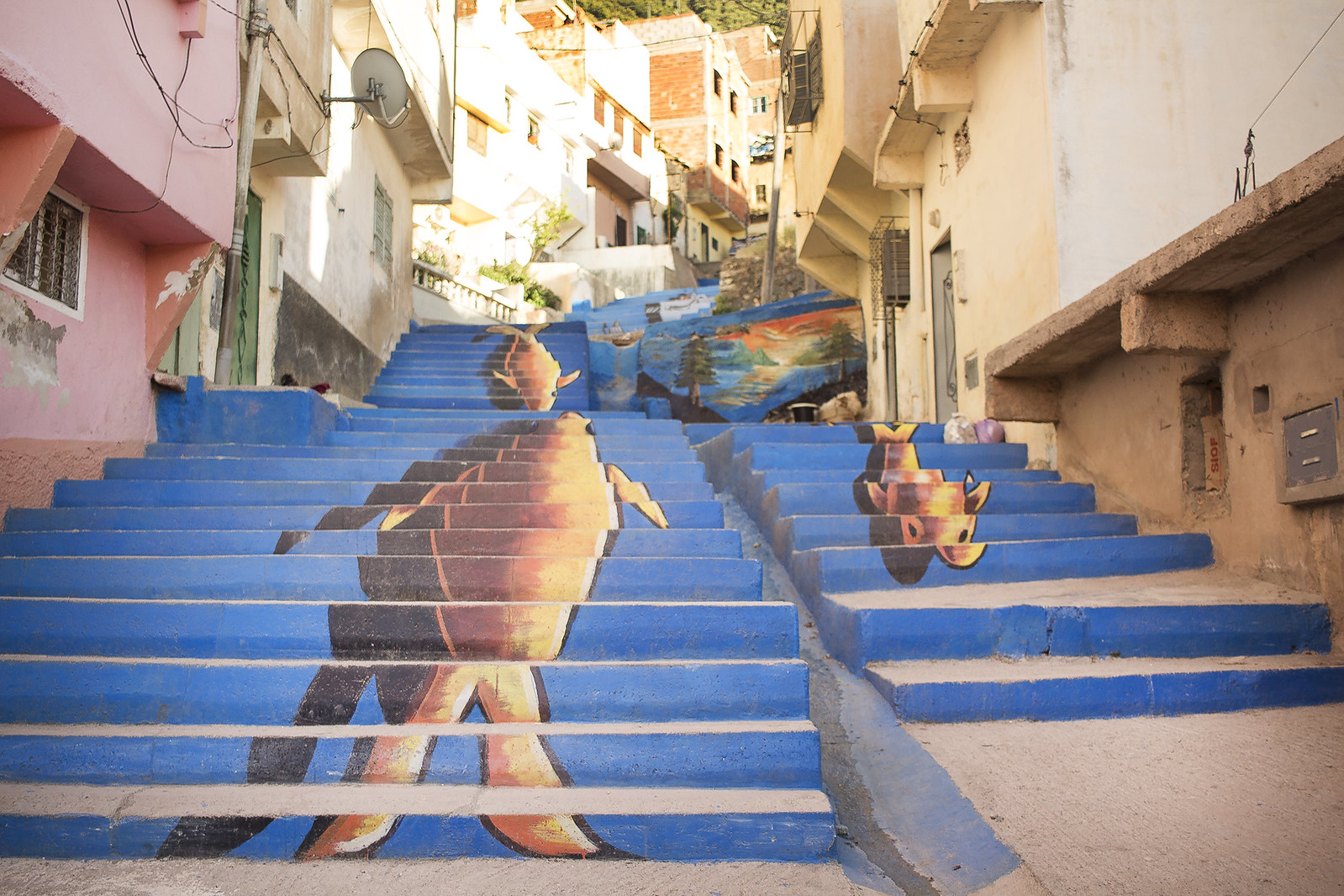 Morocco has some colourful cities. The blue city of Chefchaouen often comes to mind. But other places have caught on with the limewashed trend. I was told that it was only recent that Azrou had started coating its walls with colourful pigments. While Azrou is not as high-profile as a Marrakesh or a Chefchaouen, I do think it should be on your list if you like colourful places. The old quarter is a delightful mishmash of mint green, marigold yellow and salmon pink. My favourite part was the beautiful street art of fish swimming upstream on those long stretch of stairs.
(The rainbow stairs on the cover of this post also belong to Azrou). 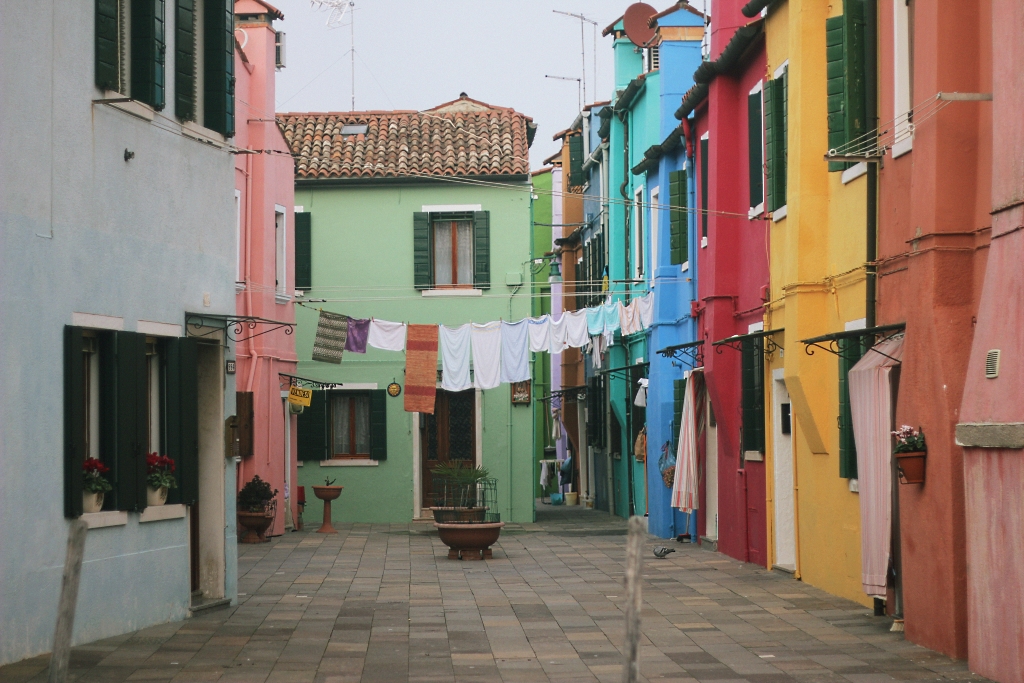 If there was a prize for the most colourful place in the world, let’s face it, Burano would probably win it. Walking in Burano is like being sandwiched between a canal and a rainbow. It’s an oddly pleasant sensation, I would recommend it 100%! 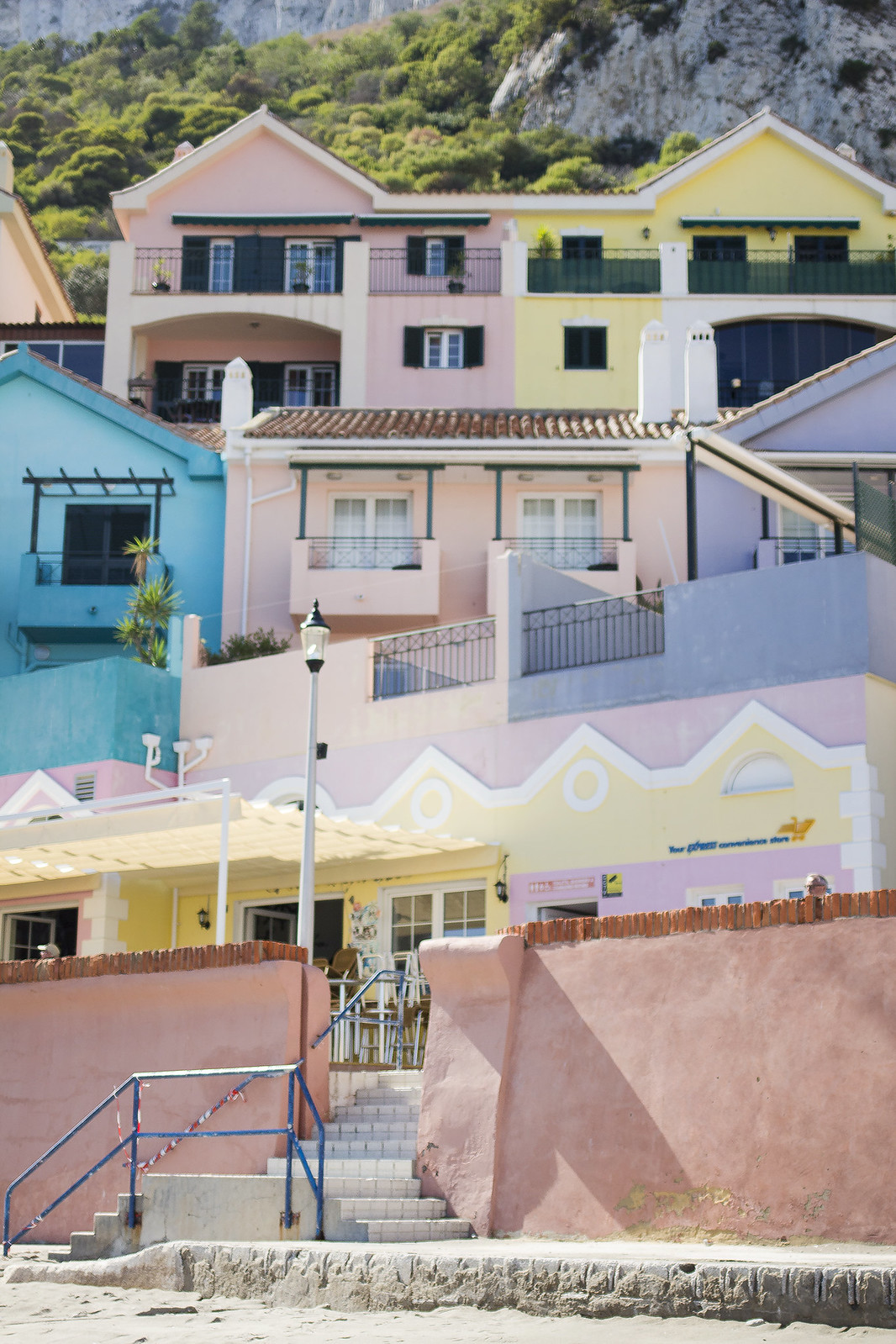 When I visited Gibraltar, I certainly didn’t expect to find nice beaches. On the east side of the isthmus, you will find a couple of seaside villages. One of them is called Catalan Bay and let me tell you, it is an explosion of eighties colours. I’m pretty sure I had an outfit that looked like that as a kid. 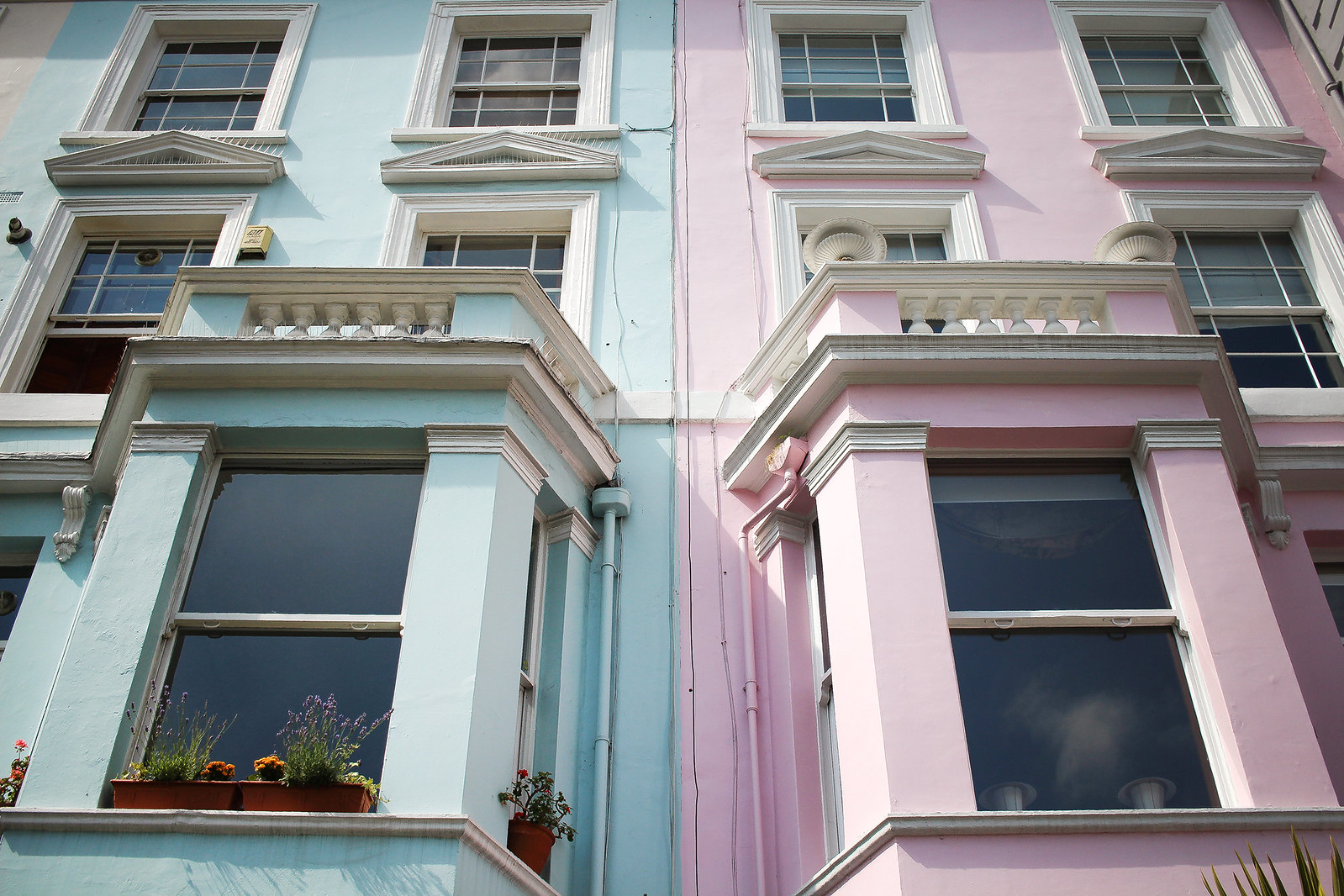 Of course, this London’s neighbourhood does not need an introduction. There are fewer places in the world I’d rather be than wandering Portobello’s colourful streets on market days. 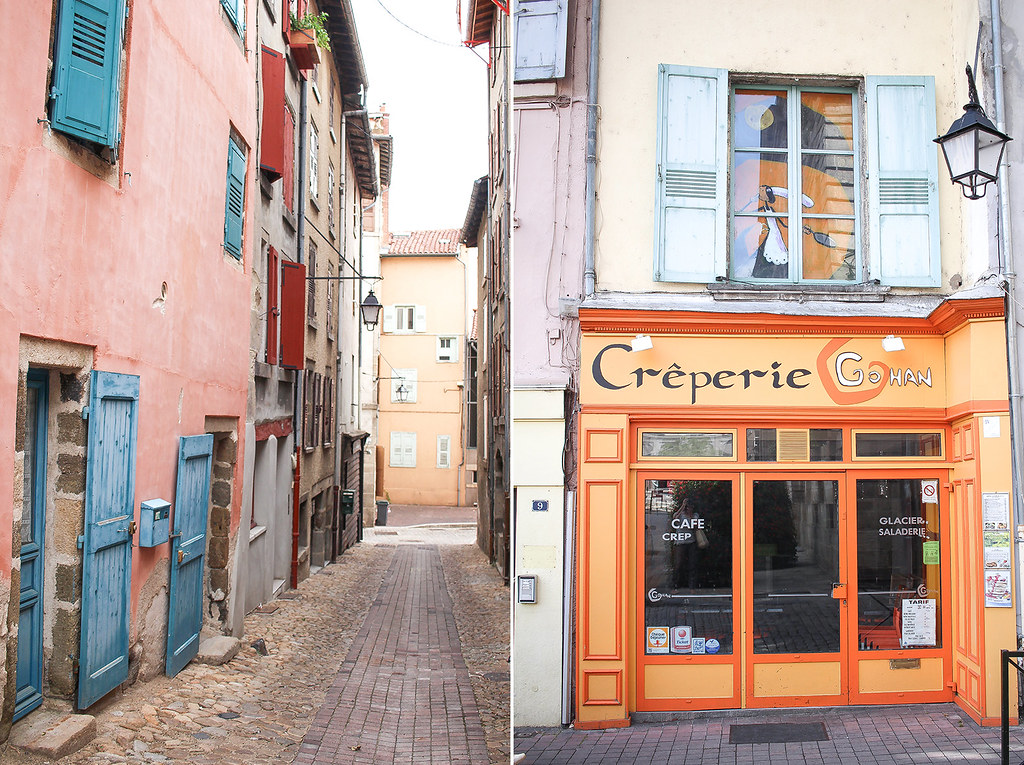 Le Puy is a medieval city in the French volcanic region of Auvergne. It is famous for being one of the starting points of the Camino de Santiago pilgrimage. It has an old-worldly charm to it, the narrow alley-ways, the pastel-coloured blinds that adorn the windows, the steep streets that lead to the towering cathedral. Le Puy is truly an enchanting place. 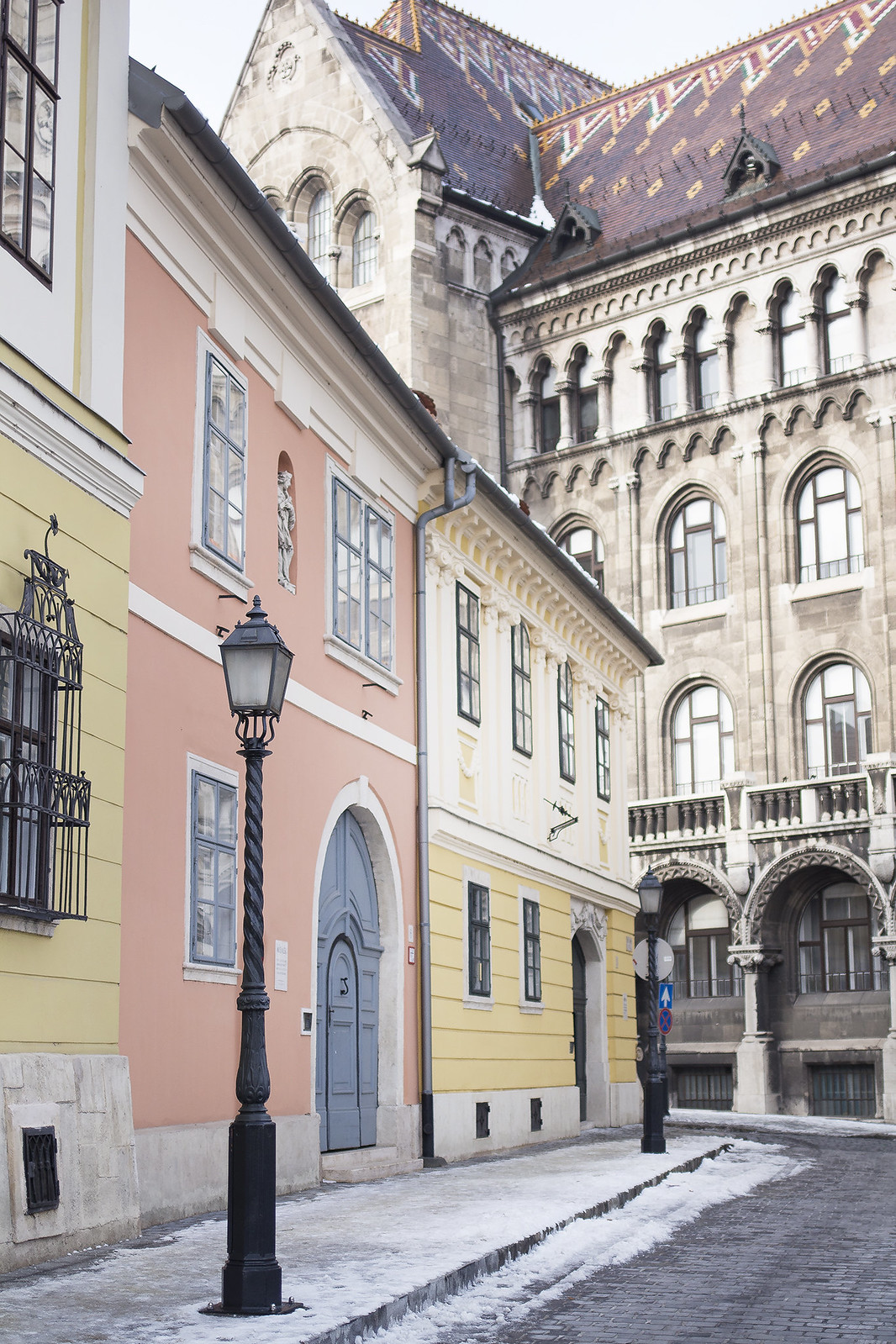 The castle district is one of the most touristy area of Budapest. There you will find the Fisherman’s Bastion, Matthias Church and of course, the castle. One thing you should also do is walk on the cobblestoned streets of the historical residential area. The baroque houses are so pleasing to the eye. 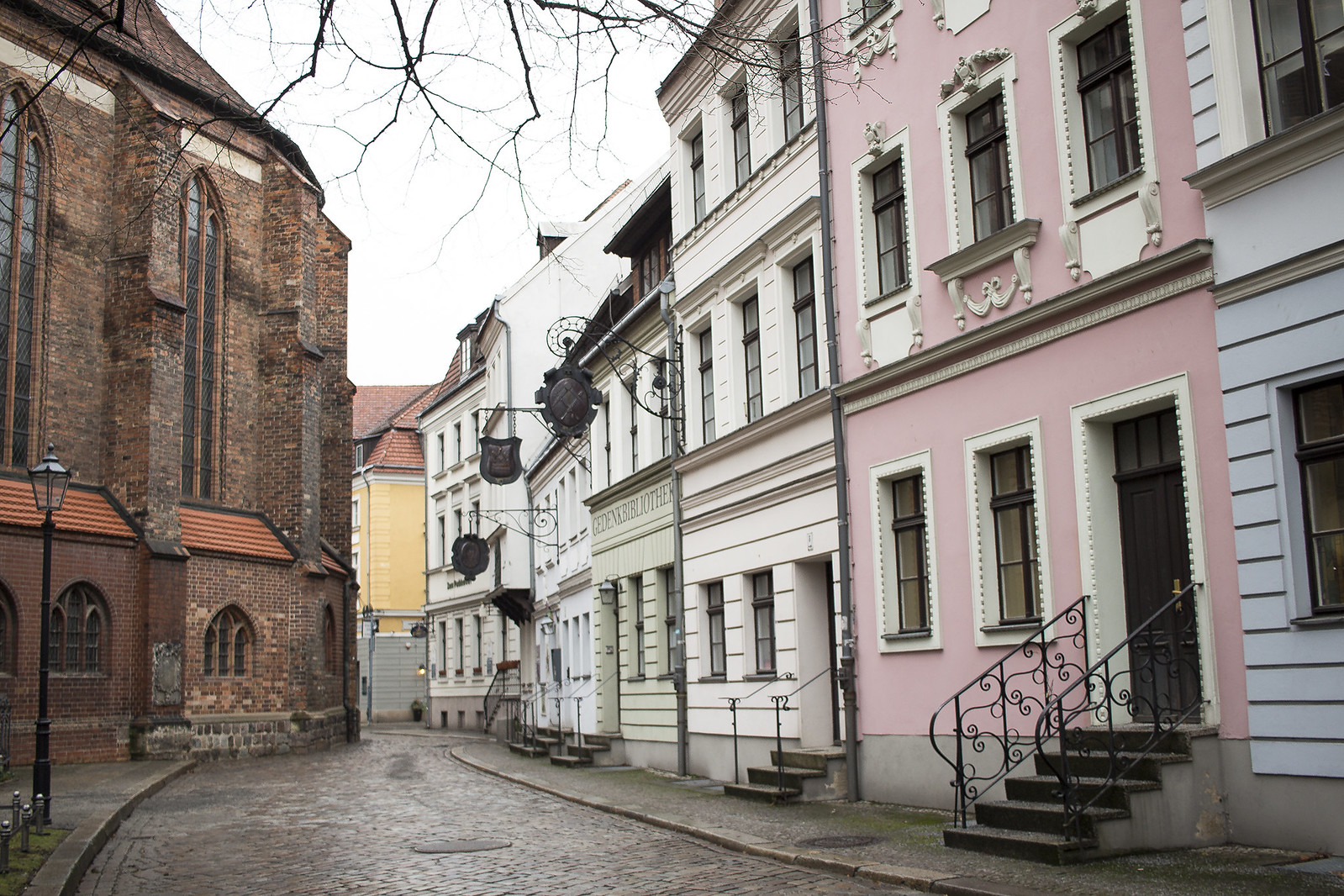 Nikolaiviertel is the historical heart of Berlin. There, the majestic houses are pastel in colours and feature interesting rococo designs on their facades. They look like a beautiful layered cake out of Mendl’s from The Grand Budapest Hotel. Just dreamy. 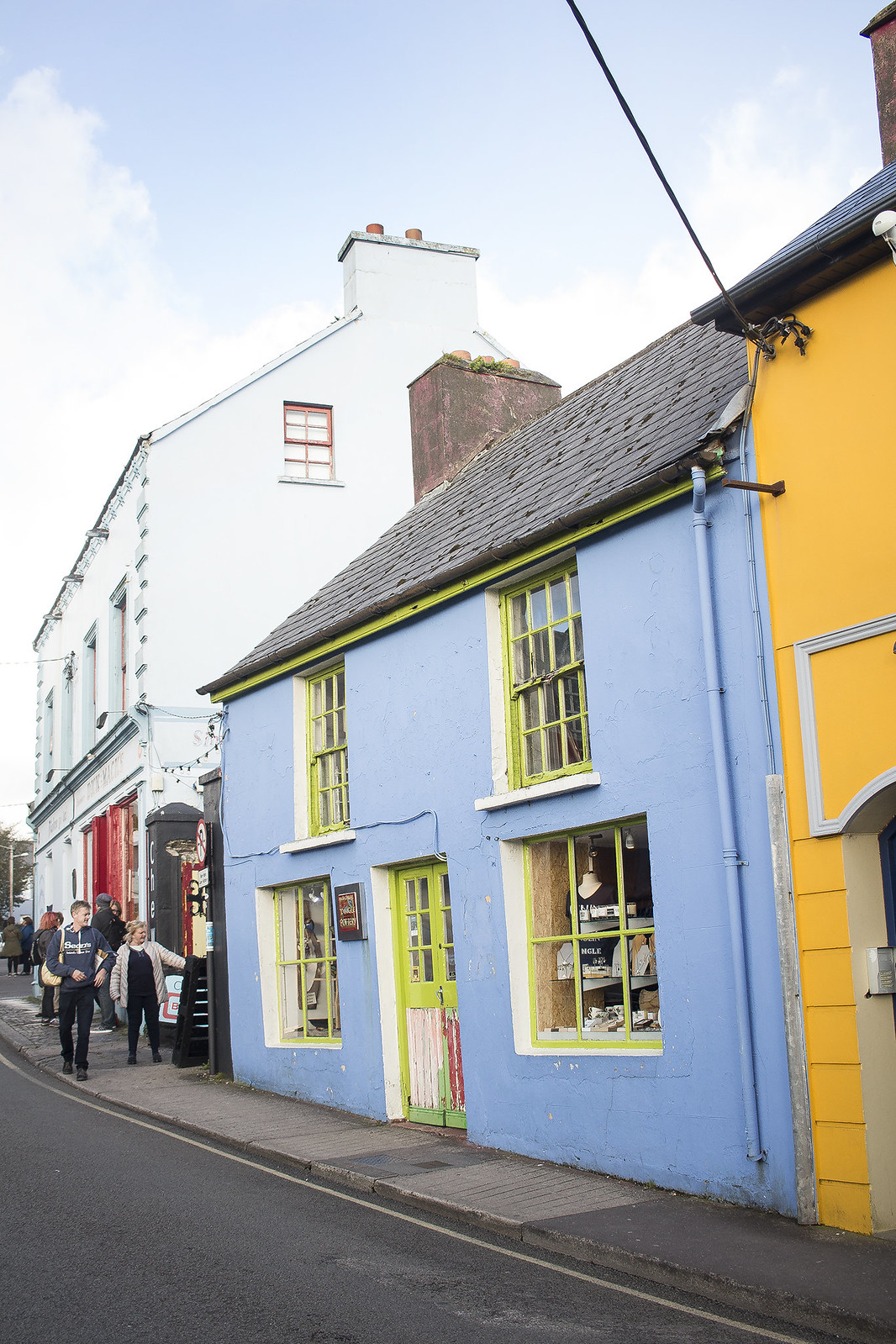 In Ireland, where there’s a village, chances there’s a colourful row of houses. Many towns or cities could have made that list but for me, the little port of Dingle in county Kerry shone the brighter! (I do want to give a special mention to Cobh in county Cork though and while I’m here, I’d also like to specify that I haven’t visited Kinsale yet!) 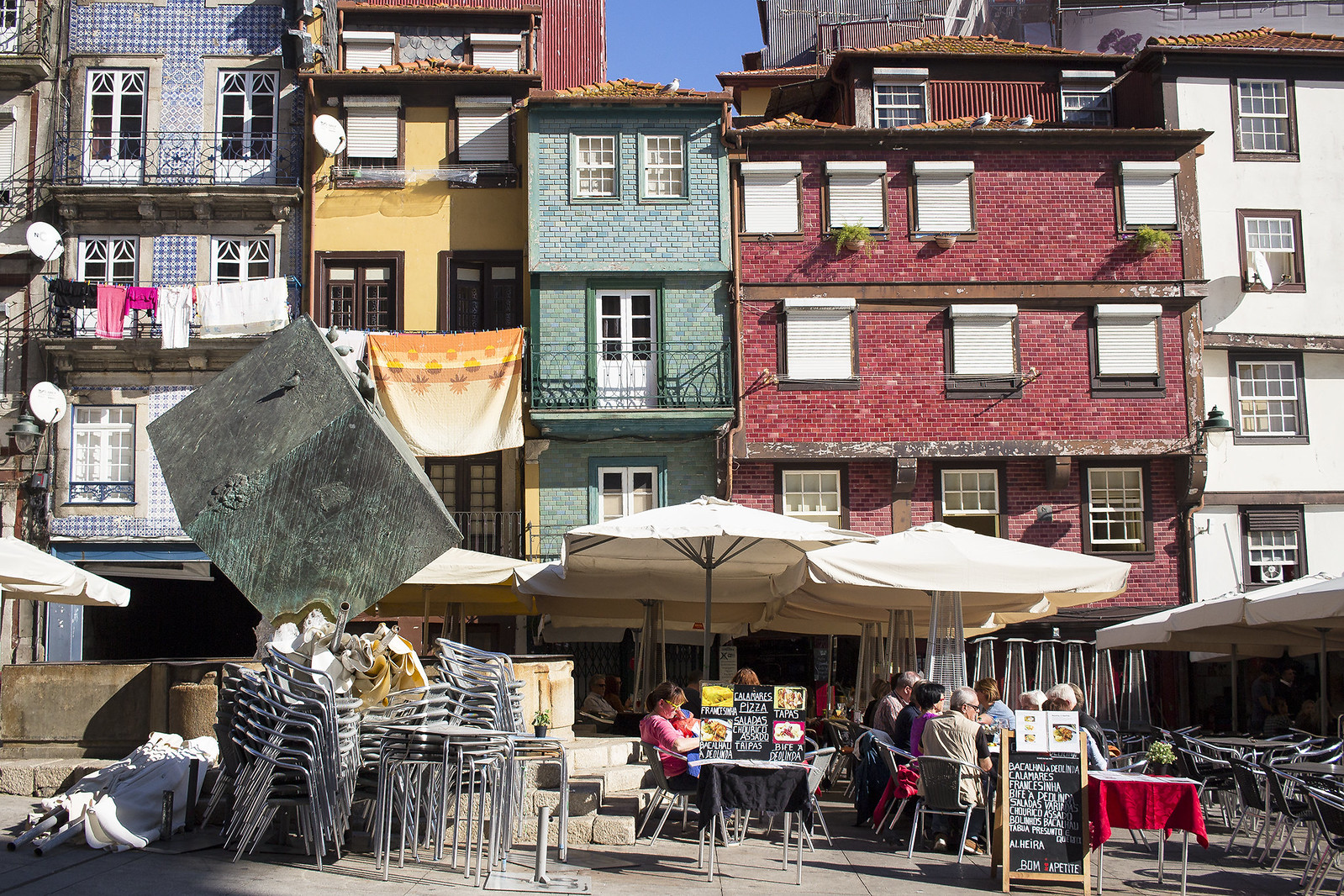 I know, I hear you saying ‘another Portuguese place?!’. Forgive me, but I couldn’t not mention here Porto and its tetris cube houses bearing proudly the colours of a crayola box set.

Now tell me, what are the most colourful places you’ve visited? Which one should I visit next?