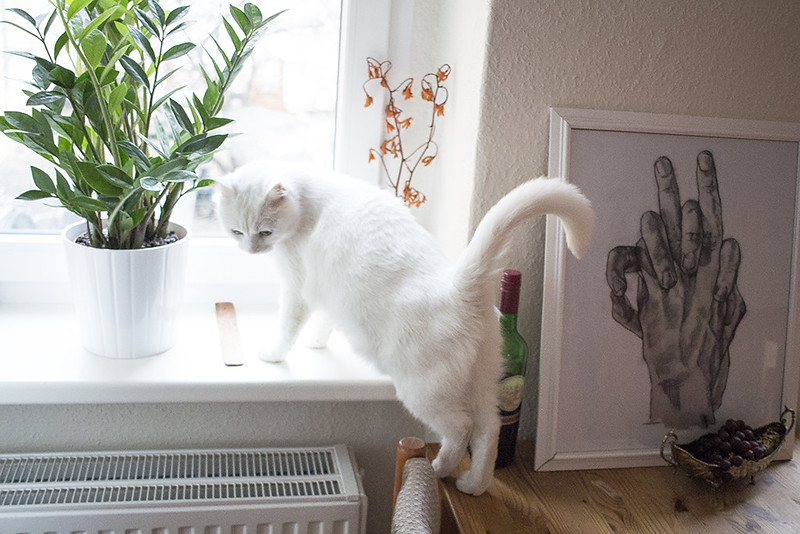 I started the day with this little white fluff of happiness, watching the snowflakes falling by the window. If you didn’t read day 1 of my Berlin trip, you might have missed that my airbnb came with a cat. He was such a personality, spending his time either napping or supervising the courtyard.

It was then time to head out the door. Like every morning, I took the U-bahn, aka the Berlin tube, to join the city centre. My airbnb was located just next to a station so it was very handy to explore the city. I quickly snapped this picture as it was the first time I got on one of these vintage carriages. So small and so seventies! 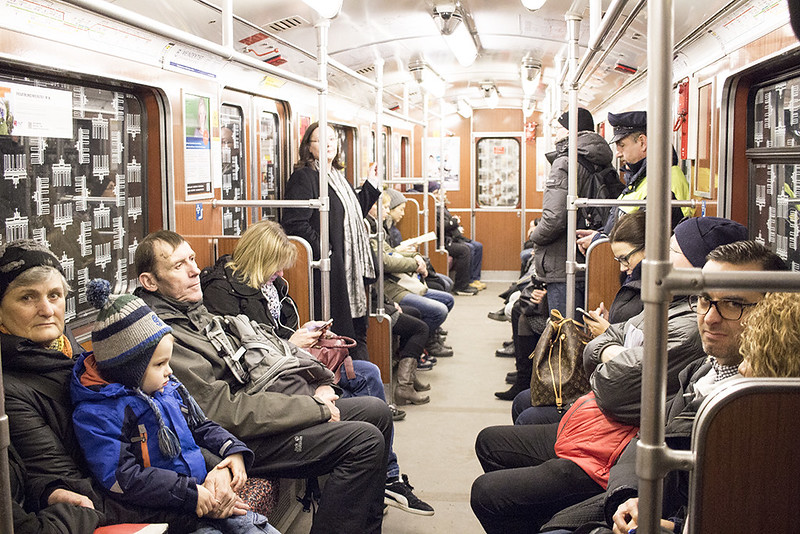 I decided to go back to Mitte, the city centre where the main sights are, as I realised I had forgotten to check out Gendarmenmarkt, which is often referred as one of the most beautiful squares of Europe. I, for one, think it has nothing against ‘my’ Grand Place but it wasn’t too shabby indeed! On the marketplace, you’ll find the German Cathedral, the Concert Hall and the French Cathedral (the last two pictured below). The guy next to the fountain was singing some Oasis songs at the top of his lungs and I’m not sure why but I found him quite moving. Maybe it’s because he was facing the towering Concert Hall as if he was imploring ‘Listen to me!‘. I was about to give him my change when it was suggested to me that the cup he was holding was actually his coffee. Awkward situation averted, phew!

On the square, there’s also an old-fashioned toyshop with an army of nutcracker soldiers in the window and other beautiful wooden objects. The Christmas decorations were still up so there were loads to look at. Side note, I was surprised to see so many garlands and trees still up walking in Berlin mid-January. Do Germans have a hard time letting go of Christmas? Does anyone know why? 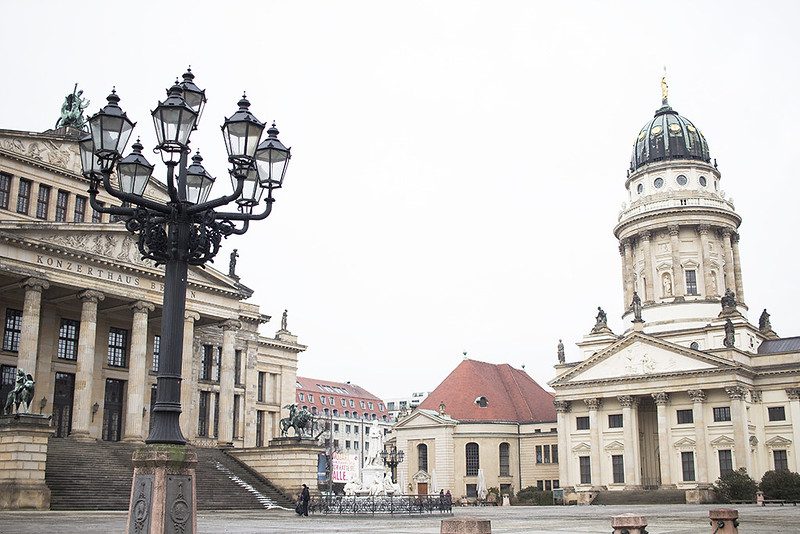 Next stop that morning was Bebelplabtz which is famous for being the spot where Nazis held book-burning ceremonies. I wanted to see the memorial but unfortunately it was closed for renovations. On the opposite pavement, there was a little second-hand book market which is probably the most a-propos place to sell books, don’t you think? 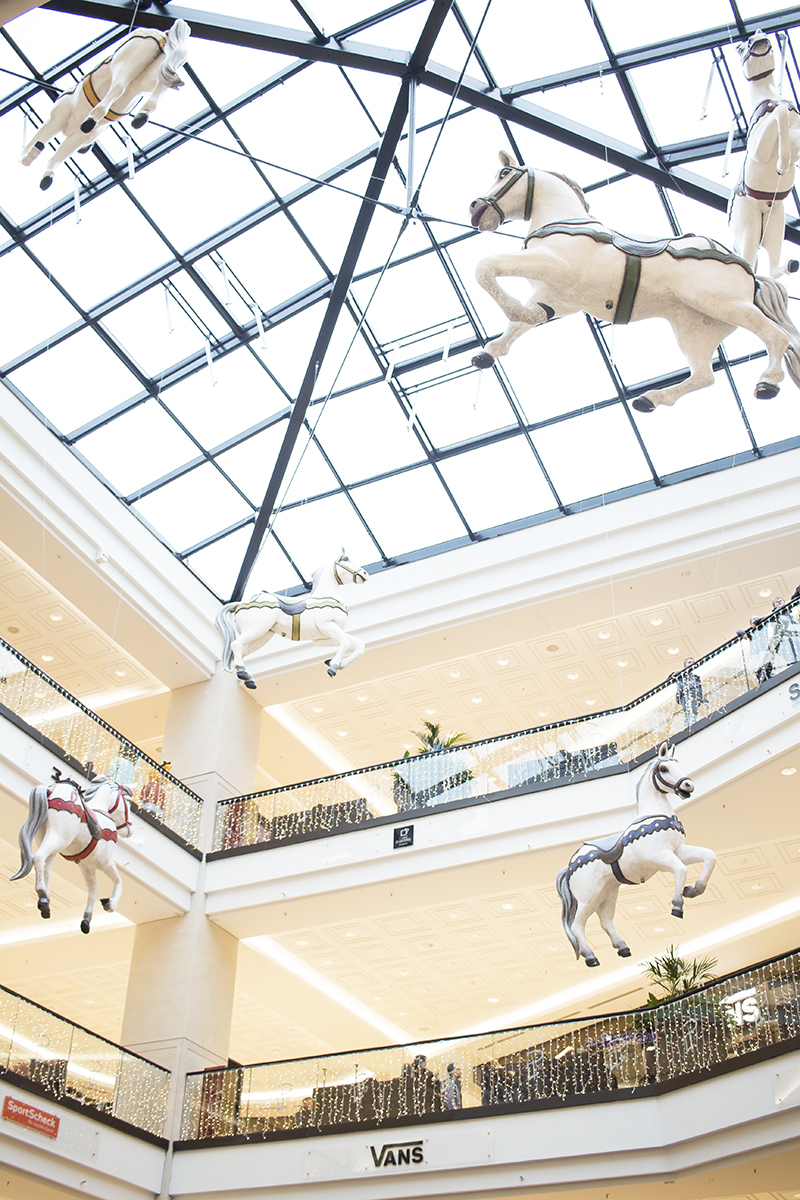 On a lighter note, I then made my way to the Mall of Berlin where I wanted to browse the home section of H&M. I’m forever jealous of the other countries where H&M homeware is stocked so I couldn’t pass up the opportunity to browse IRL the goodies that had me dreaming online. In typical ‘Nora’s fashion’, I got overwhelmed and nearly left the shop empty-handed when I spotted a cute marble phone cover by the till so at least that came home with me! I wandered a bit more in the mall and browsed in Zara Home and in the Marriage Freres tea shop.

As I stepped outside, I found myself in the middle of the biggest demonstration I ever seen. I’m not 100% sure what was going on but there seemed to be a lot of discontentment against the power in place. Among groups representing Vegans, LGBT Rights and the Refugees, I listened to speeches shouted from megaphones for a while. I don’t do well in big crowds so I slipped away to a deserted side street and went for a bite in a shabby greasy spoon. 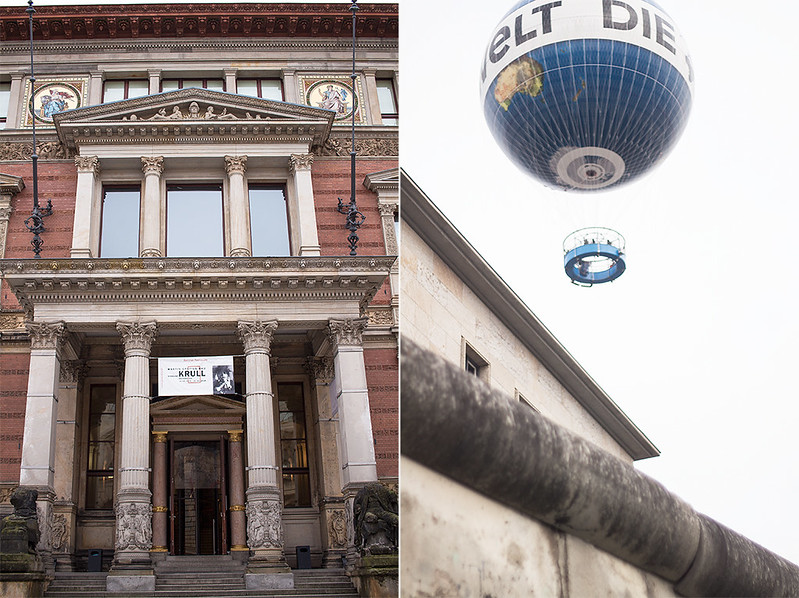 Going to the Topography of Terror museum wasn’t part of the plan but I ended deciding to go there on a whim after seeing it pretty much mentioned in every Berlin guide I read. It’s located just next to the Martin-Gropius-Bau exhibition hall which is a stunner of a building. It has these pretty gold medallions all over it. I took a good while admiring and photographing it, nearly getting run over by a car in the process. After googling it, I found out that it’s pretty amazing inside too so I really regret not stepping in.

In front of  Topography of Terror, there’s a segment of the Berlin Wall still standing as well as the excavated cellar where prisoners were tortured and executed by the Nazis. The museum is indeed built where the Gestapo HQ used to stand. The Topography of Terror examines the Nazi institutions and the crimes they carried. One thing I would say is that the exhibition is quite static. Chuck loads of information is displayed on white boards so I would probably advise you to watch a good documentary on the subject beforehand and then focus on the areas in the exhibition you’re interested in. Queuing to read the boards can get a bit tedious otherwise. The part that captivated my attention the most was the beginnings of the National Socialist party and how they managed to gain so much power with such a vile agenda. It turns out that voters’ indifference is probably the most powerful political tool. It is a delicate balance achieved by giving something to the people they want then taking away something else and repeat the process. It is scary how that method still rings true today. 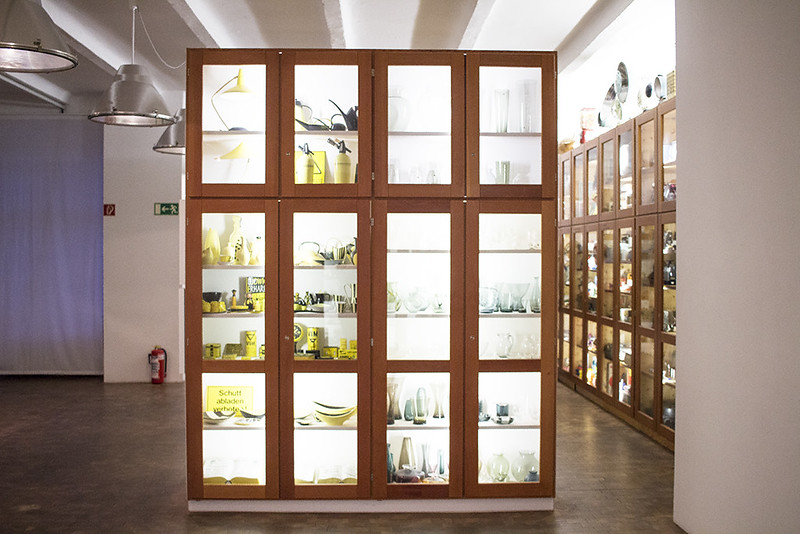 When I left the museum, I headed to the nearest U-bahn entrance. I rode South to the neighbourhood of Kreuzberg. The atmosphere there was probably the liveliest of all the areas in Berlin I had visited so far. The streets there were a pleasant combination of Kebab restaurants and indie shops. In a courtyard, I found the hipster Voo Store where cool magazines, designer clothes and beautiful people drinking coffee formed a harmonious hub. I quickly browsed the thoughtfully curated items on display and made my way towards my last cultural stop of the day: The Museum of Things. How do I describe this museum with this strangely vague name? If you love collections, you will enjoy browsing these cabinets. Objects are displayed according to function, material or colour. It’s incredibly eye and camera-pleasing. As you can imagine, I went a bit snap-happy so no doubt I will expand on this place in a later post.

By the time I got out of the museum, the night had fallen on the city. However, I was in the mood for cake and looking on my mapstr, I noticed that Five Elephant was on the way to my airbnb. It turns out that once again I underestimated Berlin geography. The walk felt long, although the cold and the neighbourhood with the creepy circus and the questionable street-sellers might have had something to do with it. I passed many cute cafes but my heart was set on Five Elephant as it came recommended by Mariell’s blog. She claimed they serve the best cheesecake in history. If that’s not an incentive, I don’t know what is! Unfortunately, when I finally got there, the place was packed. Thick-condensation-on-the-window packed! I turned on my heels and jumped on the bus home.

Are you all caught up with my Berlin trip so far? Here are Day 1, Day 2 and Day 3 if you missed them.

One thought on “A singing man, a protest and the missed cheesecake | Berlin, Day 4”