It’s been a few days since I’ve been back in Dublin and I’m not sure I’ve quite collected all my thoughts on Berlin yet but I thought I would show you day by day what I did in the German capital. Technically, this wasn’t my first day but my third one. On Day 1, I didn’t take any pictures but I roamed around where my Airbnb flat was located to get my bearings and Day 2 was spent unfortunately inside as I was sick. I was in good company though as my Airbnb host had left her cat in my care and it was so cosy to have a little purring friend by my side. It was my first time using Airbnb by the way and maybe I could dedicate a post to my experience if anyone’s curious on how the service works but to make it short here, I am a total convert, the whole thing was absolutely delightful! 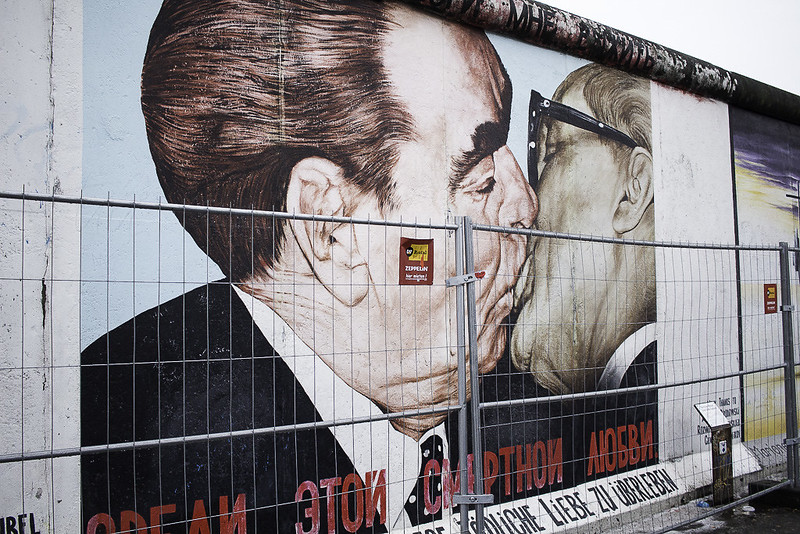 So let’s go back to my first day exploring Berlin. My flat was located in Berlin East, in the neighbourhood of Friedrichshain and on that morning, I decided to walk to my first port of call: The Berlin East Gallery. I don’t know about you but generally when I get to a new place, I feel like I need to walk everywhere and I avoid confined spaces for the first few days. Museums and public transport make me feel a bit claustrophobic up until I have a better grasp of the geography surrounding me.

It took me about 45 minutes to walk to the most famous segment of the wall covered with murals. The walk there was an atmospheric one, on the big boulevards of East Berlin, with their towering stalinist buildings. Few times during my trip, I felt like suffocating thinking of the past, this was one of them.

The walk along the Wall cheered me up. I was armed with patience to take a tourist-free picture of the infamous Fraternal Kiss (pictured above) which I heard was near to impossible. It turns out sightseeing at the crack of dawn is great, the whole gallery was empty. Too bad about that ugly fence though. 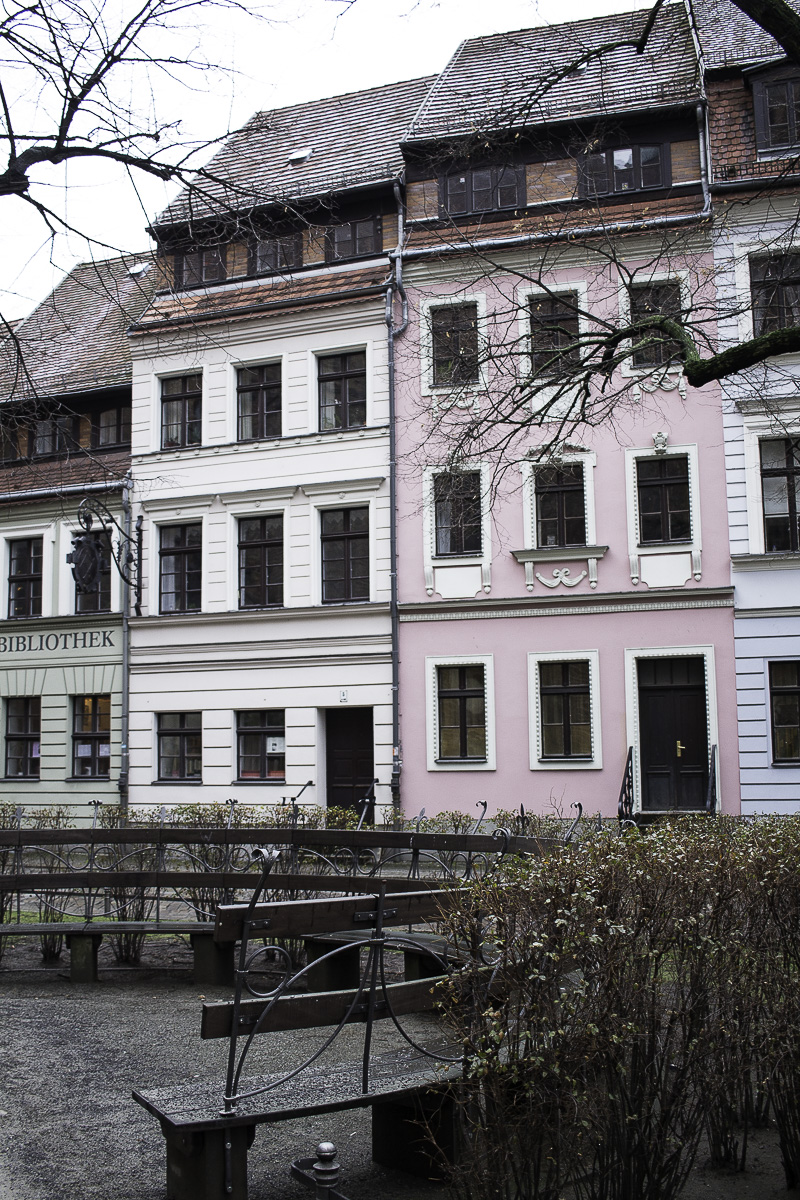 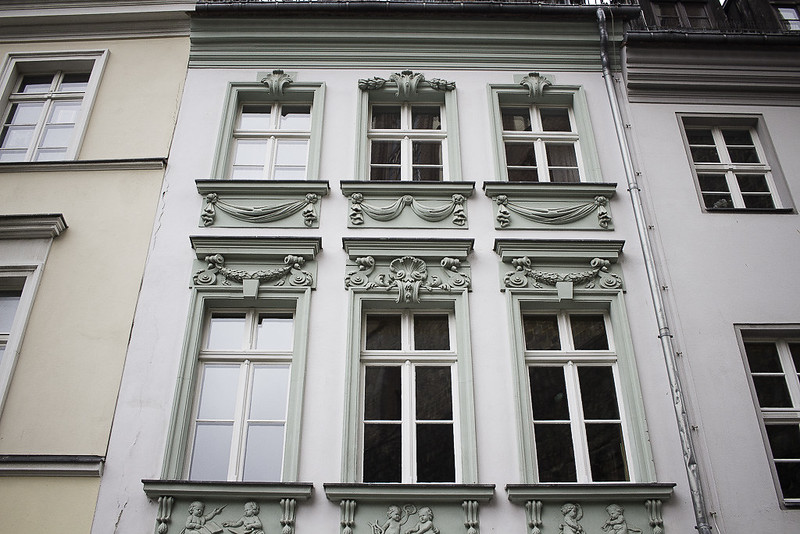 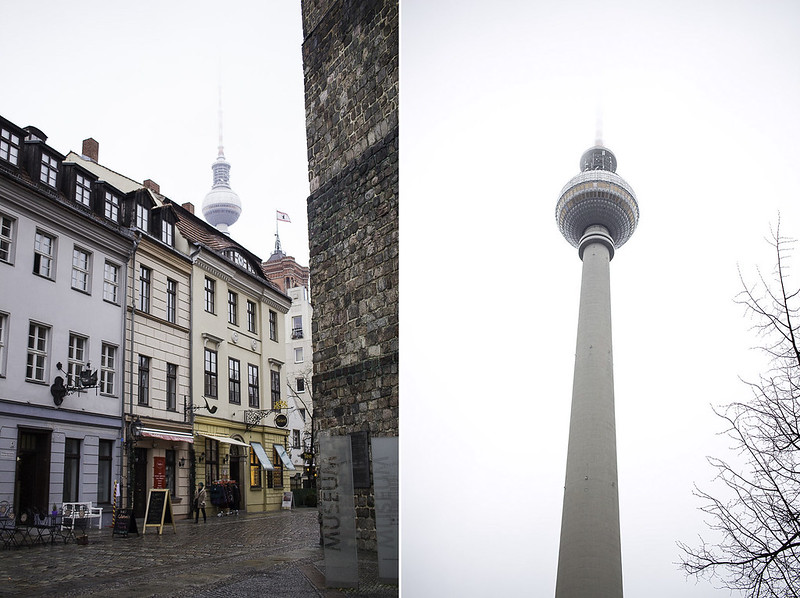 From there, I had planned to walk along the river Spree to get to the city centre but I didn’t factor in the size of Berlin. I knew it was big, I think I read somewhere that it is 10 times bigger than Paris but I guess I thought I could deal with it… Well, I ate my hat and took the U-bahn, aka the Berlin tube to my next stop, Nikolaiviertel (not without a little breakfast stop to a kebab joint oops… One thing I love about Berlin is how falafel is so readily available, it’s literally everywhere so it was hard for me not to have it for breakfast, lunch and dinner everyday. (Hi my name is Nora and I’m a falafel addict).

The neighbourhood of Nikolaiviertel was high on my to-see list for the simple reason that it looks like it could have been the set of a scene in Grand Budapest Hotel. The houses are painted with pleasing shades of pastel and they boast of pretty ornaments like bows and garlands. The contrast is quite impressive actually when you step from a big boulevard that has a distinct seventies vibe to this quaint quarter that could belong to a city like Vienna. 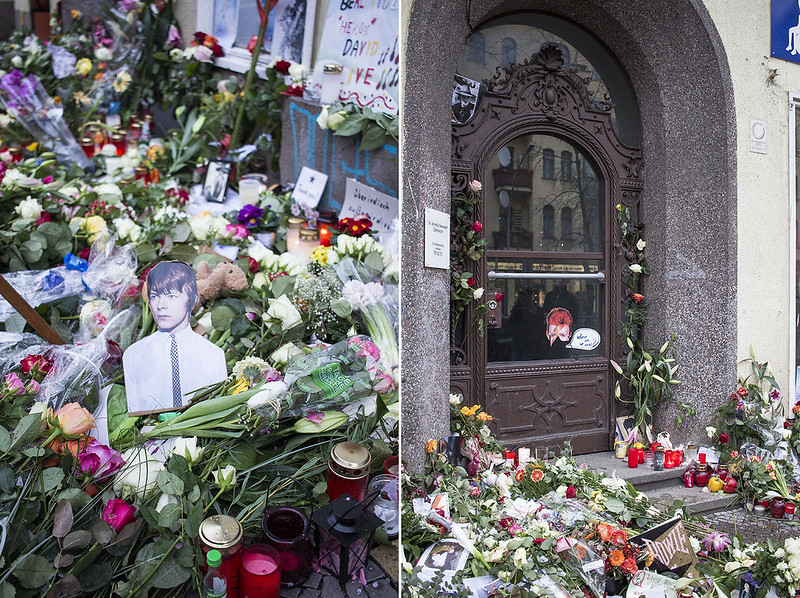 I jumped back on the U-bahn towards the South of the city as there was something I was adamant to do that day. Like the rest of the planet, I had a hard time coming to terms with the death of David Bowie. I woke up that morning thinking it was a nightmare. His music had such an impact on me as a young adult although I am not going to pretend here that I was the biggest fan, I sort of ignored anything he did after Diamond Dogs. So I found some comfort in being in Berlin when it happened and discovering how their fates were intertwined. I went to Haupstrasse where he was sharing a flat with Iggy Pop for a few years in the seventies. In front of his building door layed flowers, drawings, candles and poems. I stood there with a handful of people in silent disbelief. 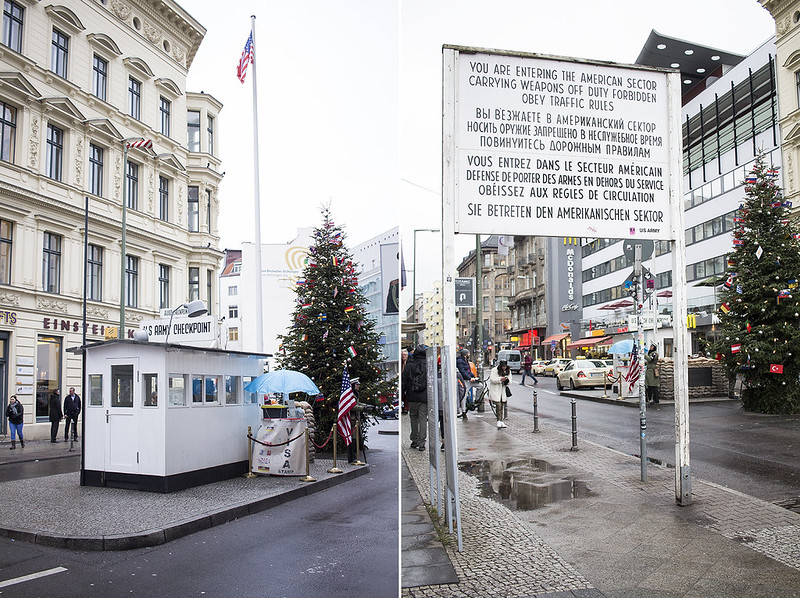 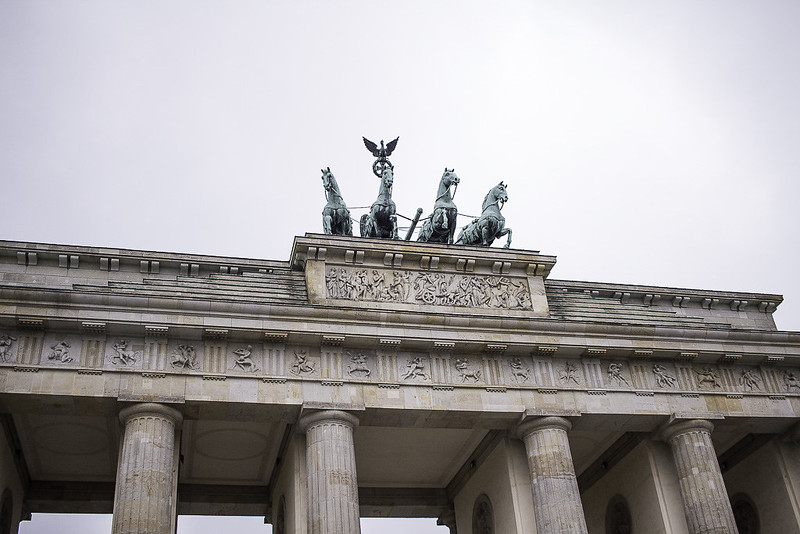 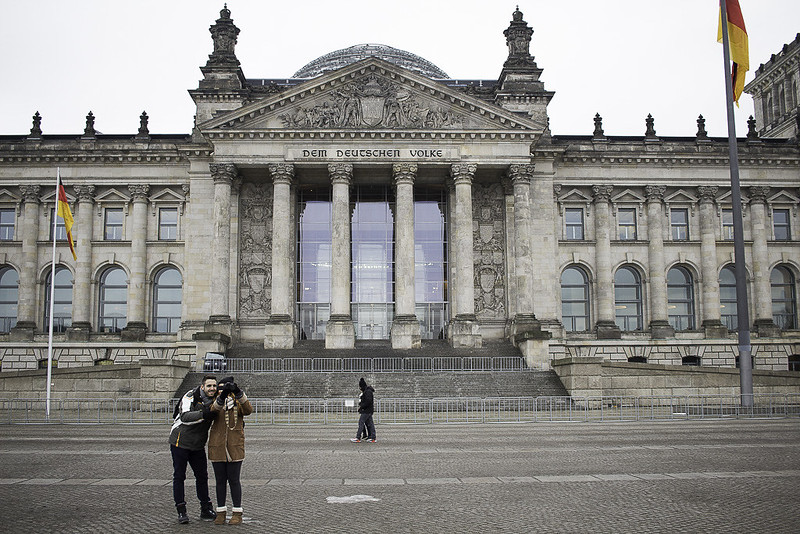 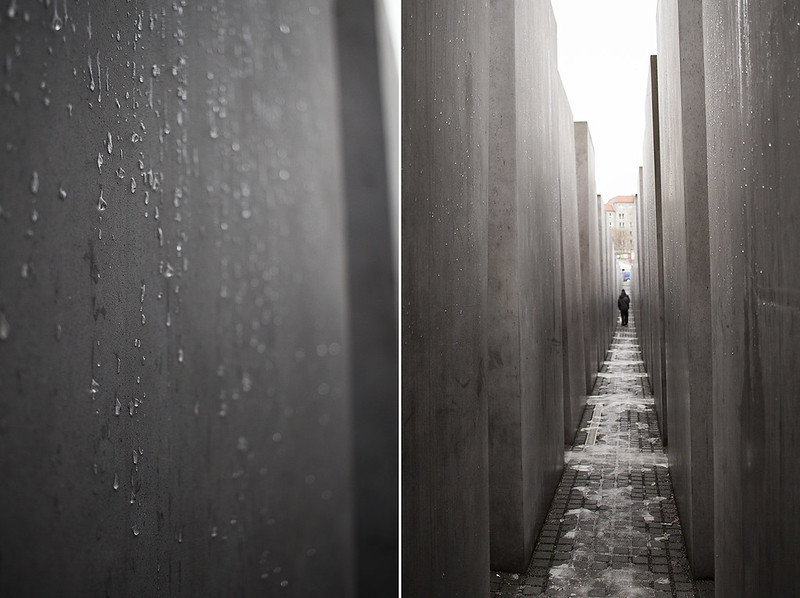 I then made my way back to the centre to see the main sights. It was my first time in Berlin, actually I think it was my first time in Germany weirdly enough so I felt like I should cross them off my list.
Pictured above, you can see Checkpoint Charlie which was the Wall crossing point between East and West Berlin during the Cold War. Nowadays it serves as a picture opportunity for tourists where they can pose with actors dressed in fake army uniforms.