The weeks following the Paris Attacks, nothing seemed of importance anymore. Certainly not travel or my microadventures I usually like to write about here. One thing kept me sane though: reading about people’s kindness, about their humanity eclipsing the surrounding darkness. It reminded me then that I had met an extraordinary woman last year whom I hadn’t talked to you about yet and I promised myself I would write about her as soon as writing made sense again. 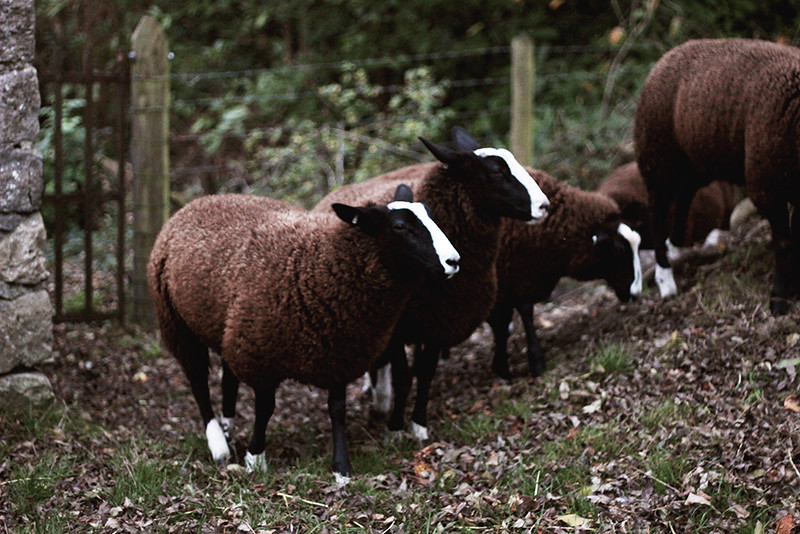 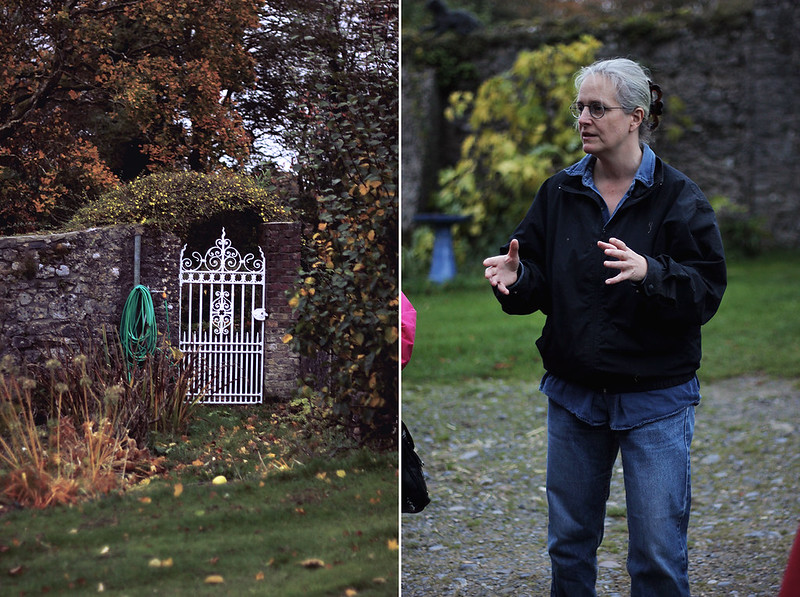 I was lucky to meet Suzanna during a blogging trip to Kilkenny last year. A handful of bloggers and I were invited to explore the county’s food and craft trails. Just as our journey was coming to an end, Suzanna very generously invited us all in her farm at the last minute. As our car pulled up in her courtyard, it felt like we had just entered the setting of an epic Victorian novel. The farm house looked like the cosiest place on Earth.

The woman of the hour, like an unwavering captain, gave us a brief introduction of her fleet and the work she does at the farm. After a few minutes, it became apparent to my untrained ear that there was a melodic American twang in her speech. Indeed, Suzanna was born in New York but she later moved to Ireland to manage the farm that has belonged to her family for generations. Against all odds, she invested in a few Zwartbles sheep whose black wool was rather unpopular. Undetered, Suzanna managed to get people on board with her project and she’s now famous for the beautiful dark blankets, rugs and yarn she produces from her herd. 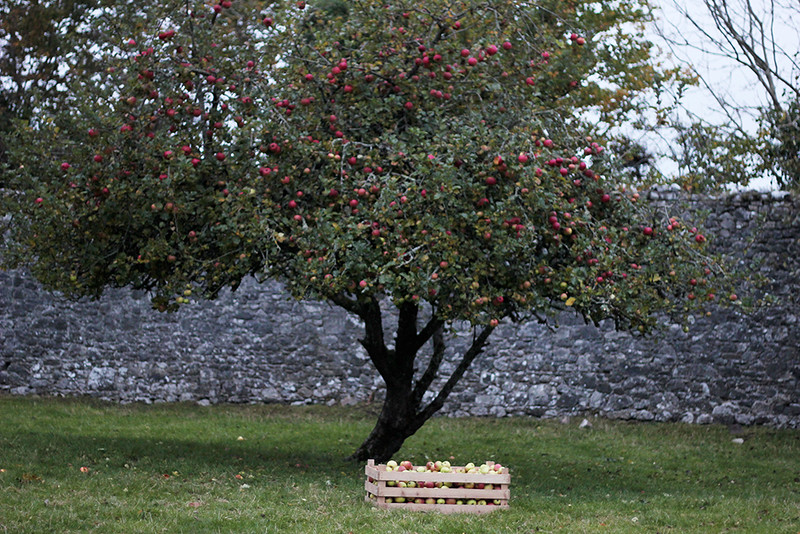 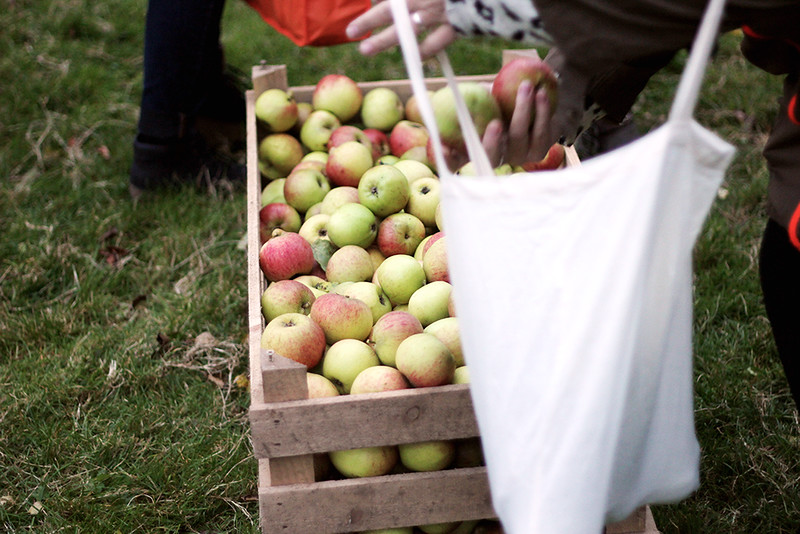 She then led us in a tour of her property. First stop, the apple and pear orchard where crates full of produce awaited us. We were invited to pick some and this simple gesture filled me with glee, knowing that I would be able to cook with an ingredient that had freshly fallen from one of the happiest trees in Ireland. We also bonded with Bodacious, the cat shepherd which stunned Suzanna a bit as he’s not usually that friendly with strangers. They must have been some powerful cat ladies in our group!

It was then time to meet “Suzanna’s girls“. Here they come… 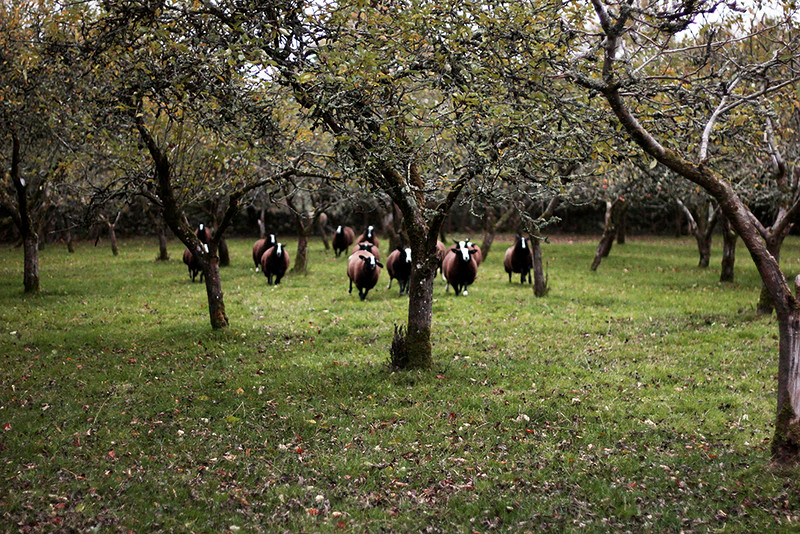 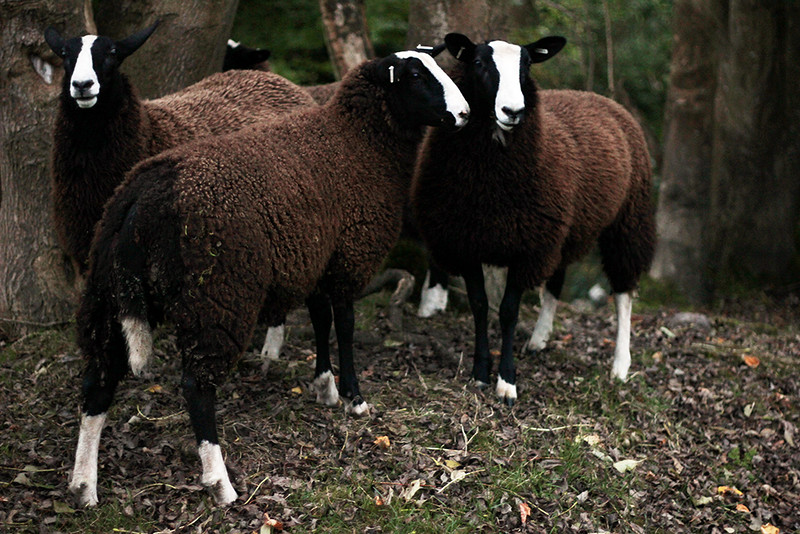 As soon as we stepped inside the Zwartbles pen, a wave of chocolatey fluffiness charged at us. I’m not going to lie, for a second I thought I was about to get trampled in a stampede. I had never witnessed such enthusiastic sheep behaviour, they jumped around us like excited puppies. Suzanna had a name for each one of them and the fact that she mentioned in passing that their meat tasted sweeter because of the apples they eat from the ground didn’t even make me shudder. She prides herself in giving her animals a good life and it showed, unequivocally so. 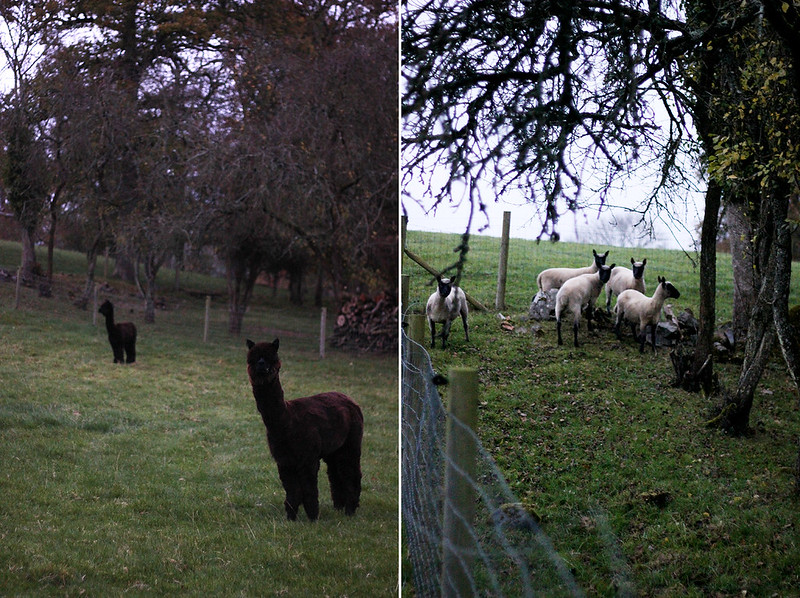 I could have photographed these little cuties all day, I actually was the last one to leave the pen while Suzanna was patiently waiting for me to close the gate. Unfortunately night was falling fast and in the dusk’s last breath, Suzanna quickly showed us her other pride and joy, a herd of Clun Forest sheep. Funnily enough, this breed stands on the opposite side of the personality spectrum. They’re rather frail and timid creatures, and in lieu of a friendly stampede, they felt more comfortable at a distance, observing us, their rabbit ears pointing towards the sky.

To my greatest joy, we also met some alpacas and discovered a rather amusing fact. They’re used on the farm to protect the animals from foxes. They’re actually very efficient guards as they’re able to knock the predators out with their fast side kicks. Who knew alpacas were ninjas in disguise?! 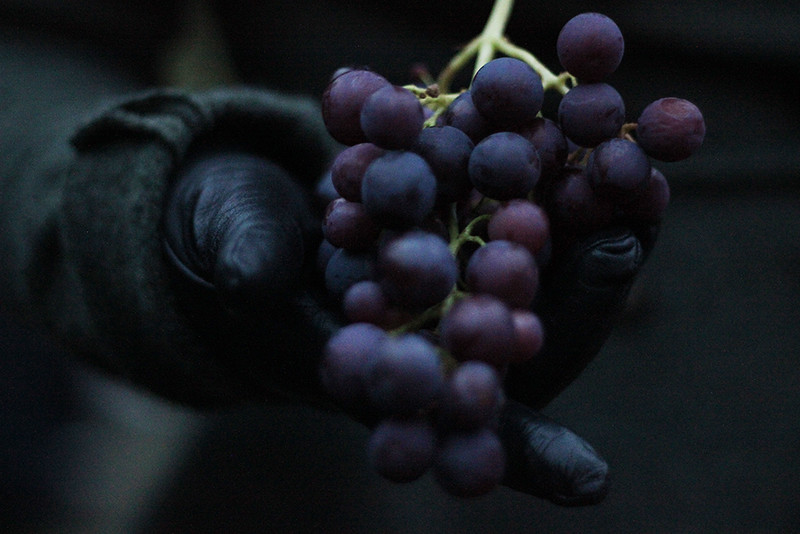 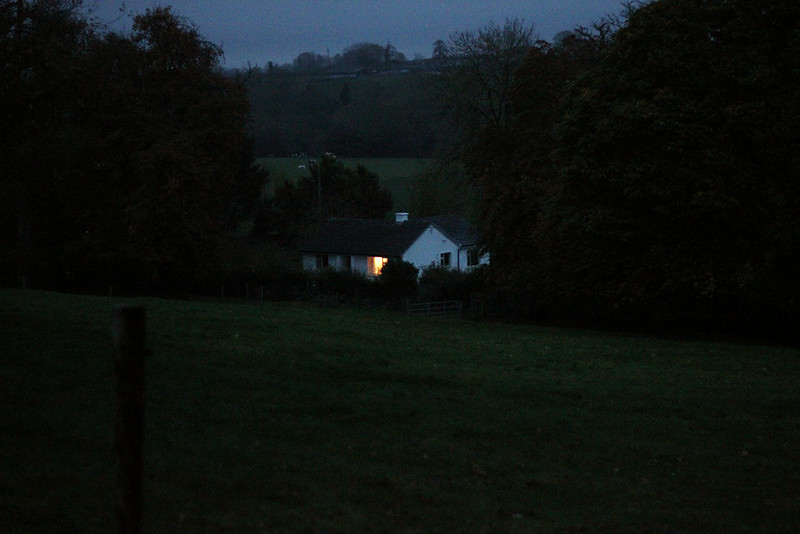 We then met the horses and had a wander through the kitchen garden where grew, to my surprise, grapes. Actual grapes in Ireland, isn’t that amazing?!

When it got to the point where we couldn’t see our own feet anymore, we followed Suzanna in her cosy kitchen for a cuppa and chats. Inside, she surprised us with lamb chops, sprigs of sage and a recipe of her own including all of the ingredients she had so kindly given to us that eve. I unfortunately couldn’t stay as I had a train to catch but one thing I’ll say is I felt energised and inspired by this meeting, I love how Suzanna went with her gut feeling and made the ‘black sheep’ happen in Ireland but above all I admire how she’s in tune with nature, working with it to place on her table and her customers the most beautiful produce.

I’ll end this post by warmly recommending you to follow her on Instagram / Facebook / Twitter if you haven’t done it already. I’ve never seen a business use social media in such fun and genuine way before. Every day, she involves her followers in the daily tasks of a farmer. From the birthing of a lamb to Bodacious, the cat shepherd, sleeping in the crockery, her and her companions will make you smile, sometimes several times a day; and lately, I’m sure you’ll agree, we all need that extra dose of cheerfulness.

More information on Zwartbles Farm and its shop on their website.