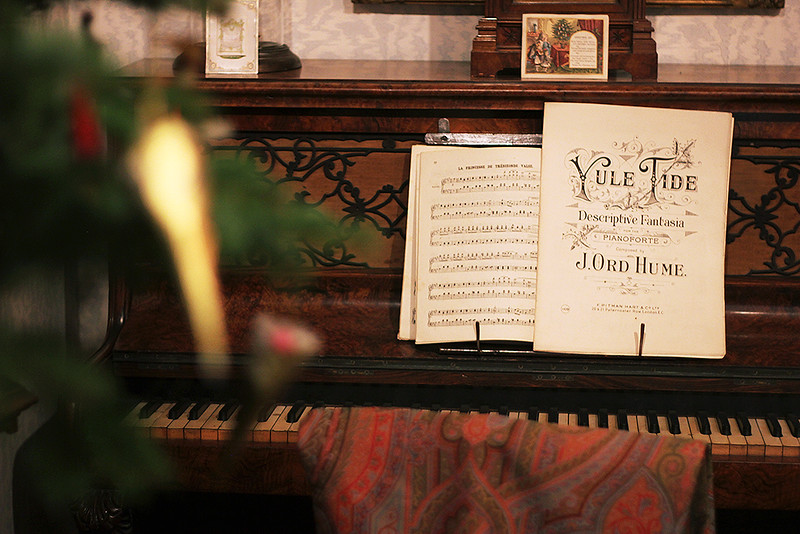 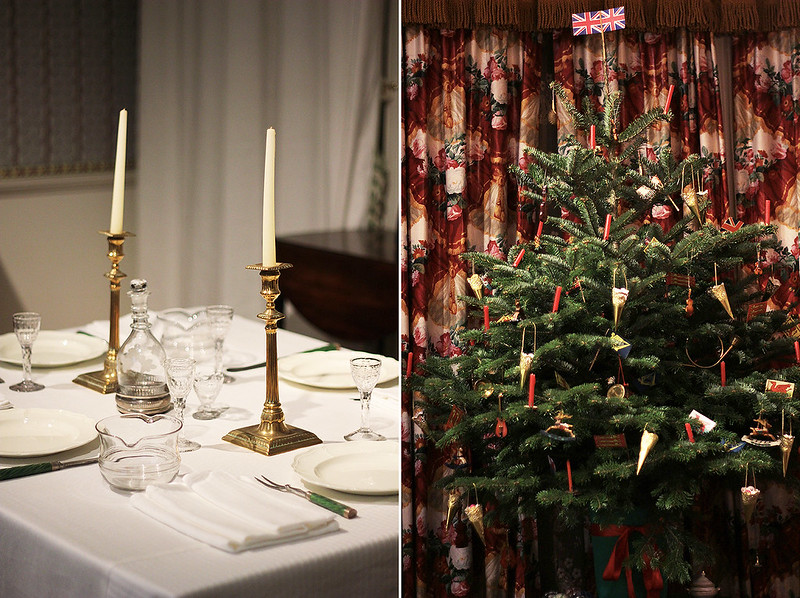 Exactly a year ago, I was spending a few days in London and I visited the Geffrye Museum in Shoreditch. I was lured in by the promise of period rooms. I already briefly touched on it in a previous post but basically the museum explore the evolution of English homes over 400 years. I wanted to delve a bit deeper into it today as their annual Christmas Past exhibition is back on.

Eleven rooms are dedicated to the recreation of the living spaces of the middle class and how they would celebrate Christmas from the 1600s to the present day. The food on the table, the ornaments and the traditions evolve as you change rooms. Watch Mince pies, colourful jelly, parlour games, mistletoe, tree decorations and everything that is quintessentially English make an apparition as you go further in the exhibition. It’s like a trip in the Christmas tardis. 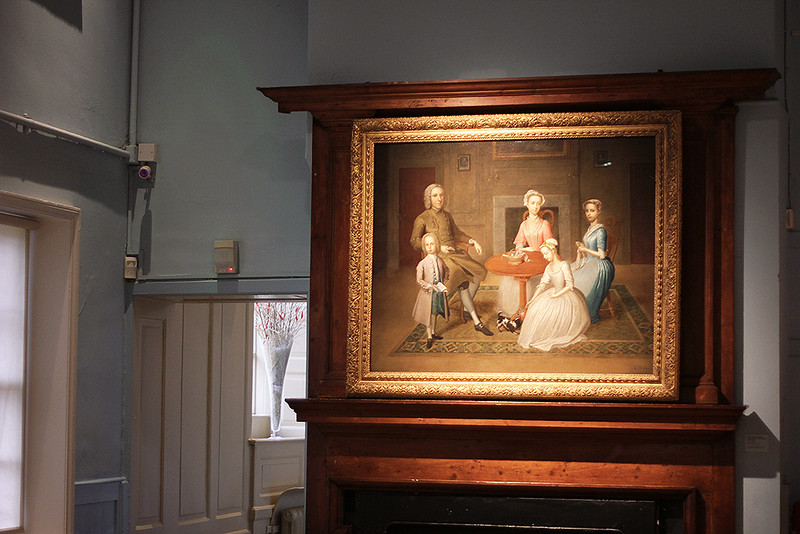 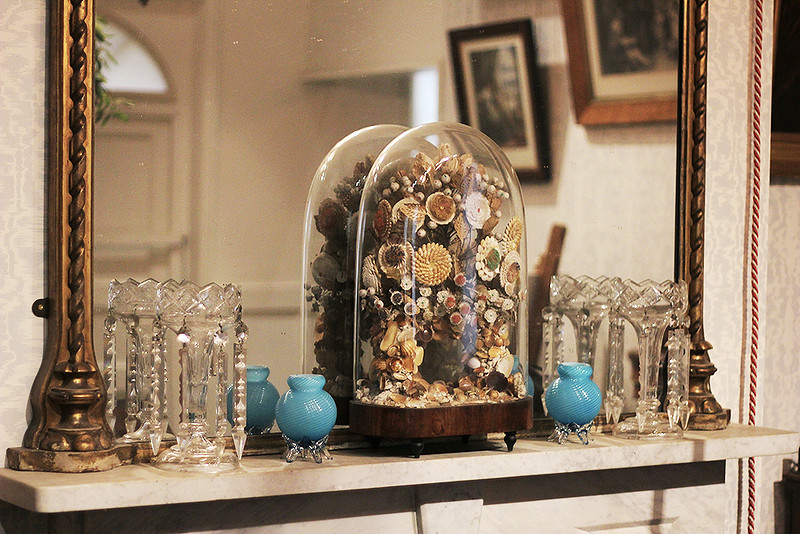 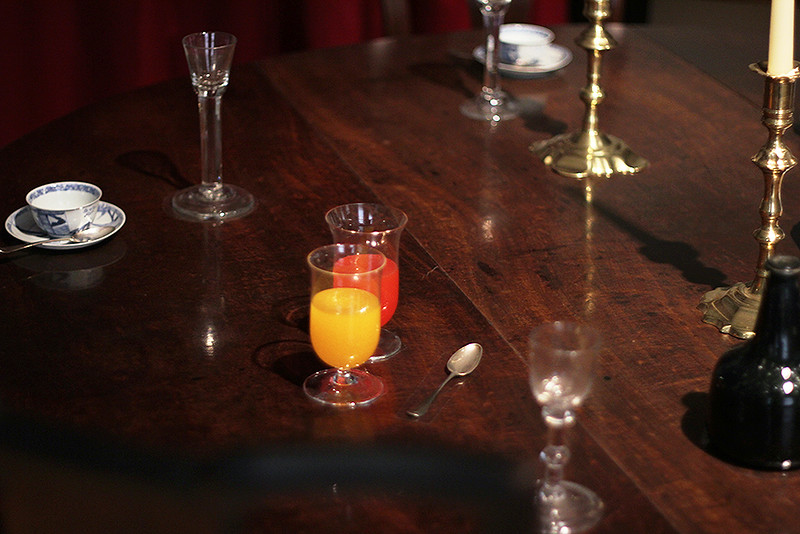 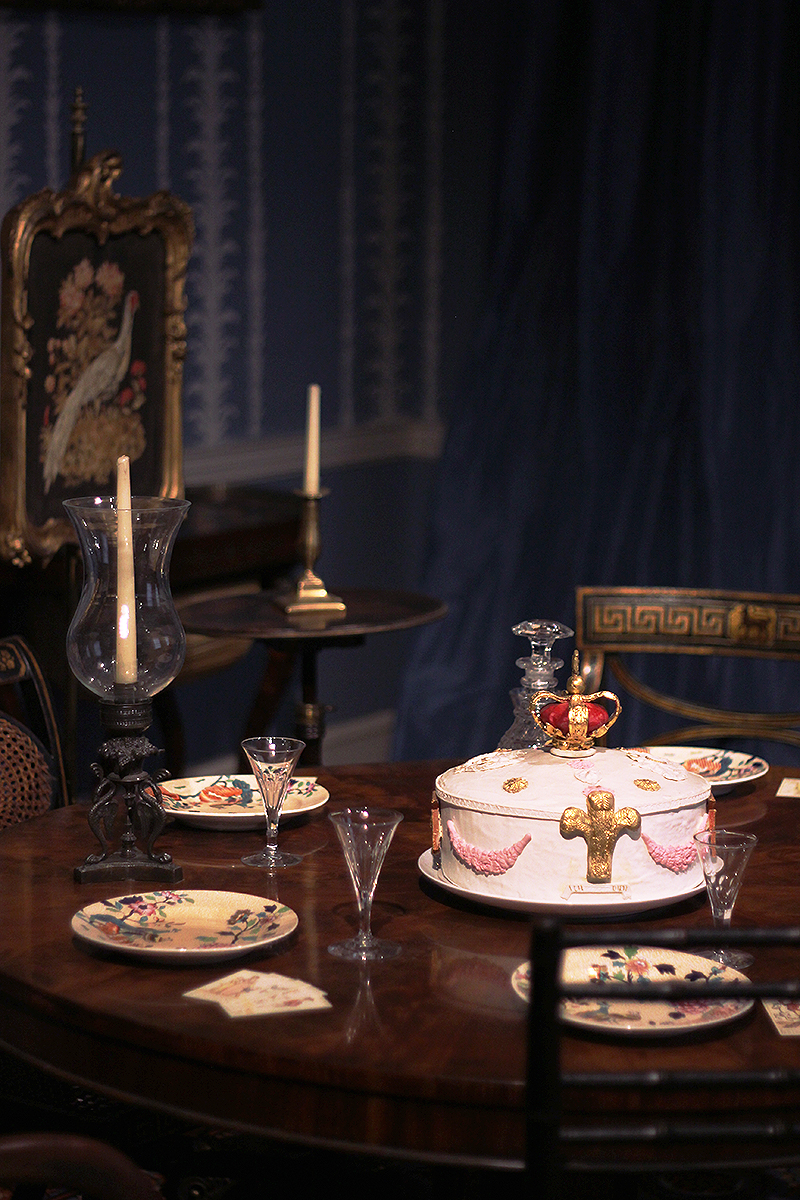 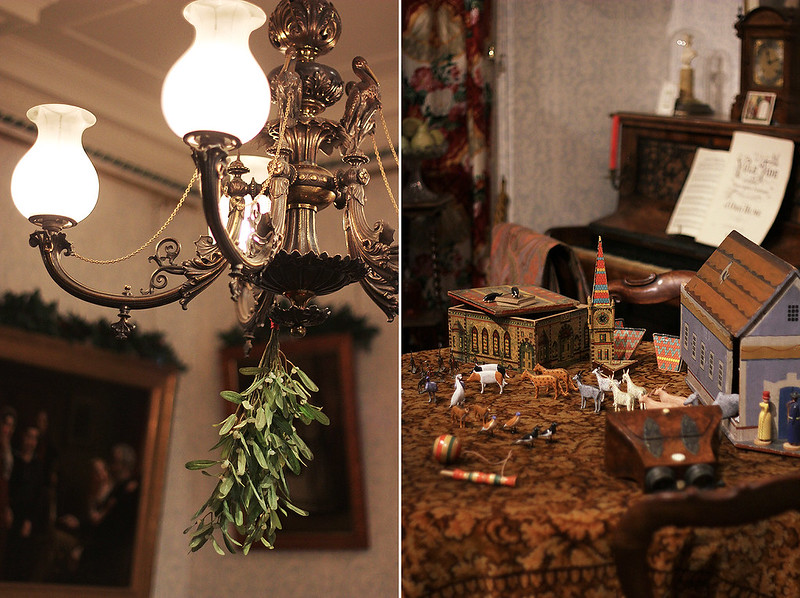 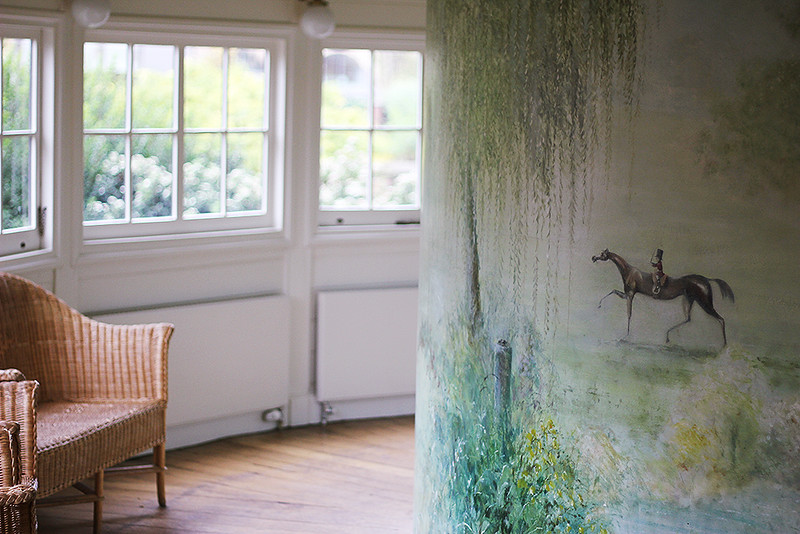 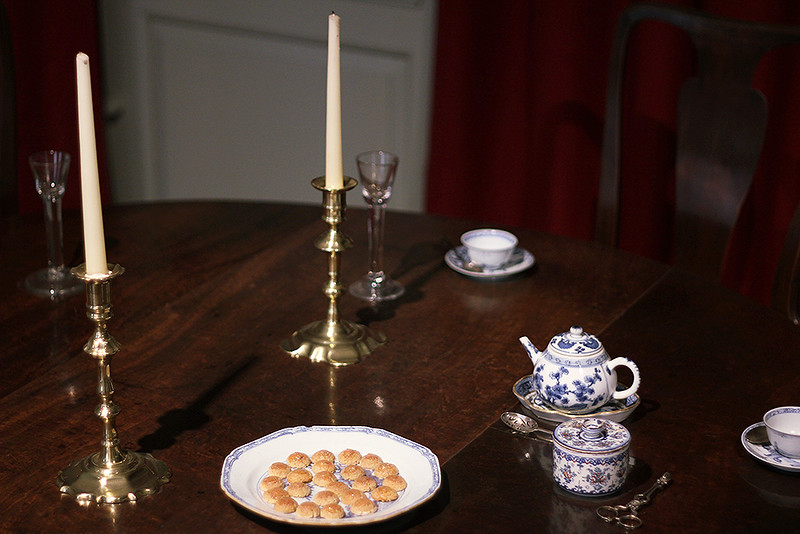 Unfortunately, the garden was closed when I visited but it looked gorgeous from what I could see from the window of the conservatory. That room was actually my favourite, it looked like something straight out of Mary Poppins, the pastel walls reminded of the underworld of Bert’s chalk drawings. The circular shape, of the merry-go-round, even the horse on the wall had the distinctive Disney long muzzle.

The museum is located in former almshouses that were destined for the poverty-stricken pensioners of the Ironmongers Company. It was built in 1714 by Sir Robert Geffrye, Master of the company and Lord Mayor of London. Facing the building lies a park where it feels good to take a break from the busy road outside. 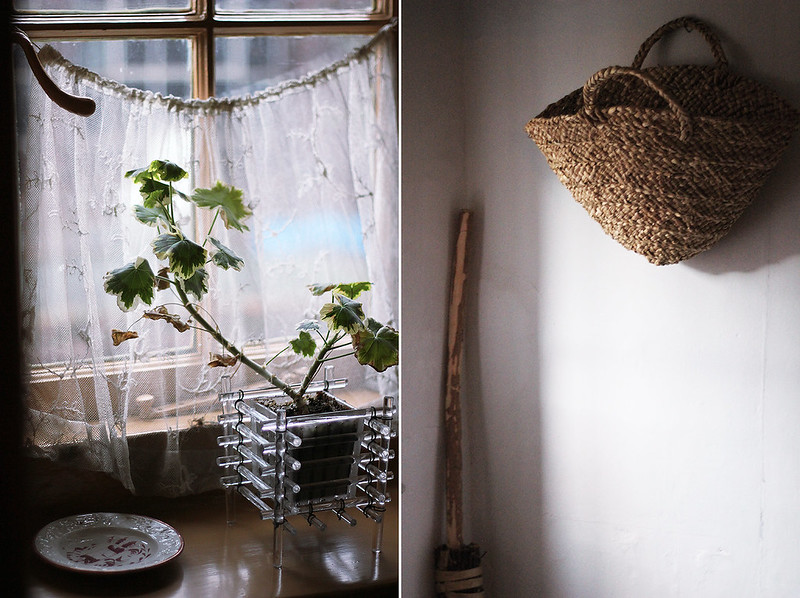 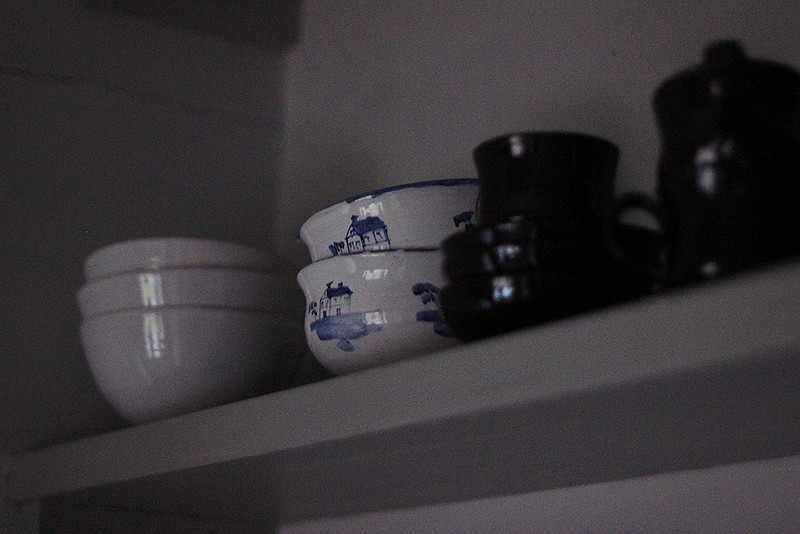 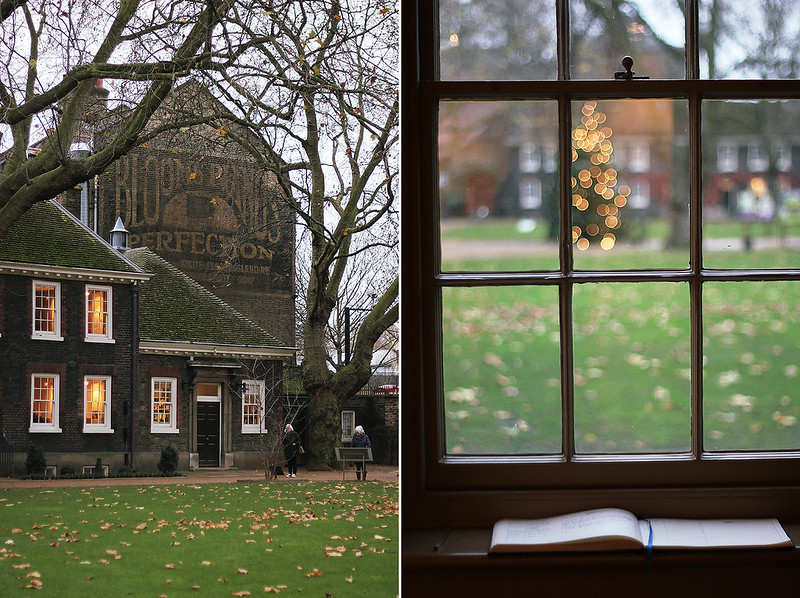 In one of the wings, two of these almshouses have been left in their original state and they are now open to the public on certain days of the week. Compared to the cosy Christmas rooms in the main part of the museum, they did look spartan but it was a very tangible way to picture the conditions in which the retired of the Iron trade and their family were living in the 18th and 19th century. 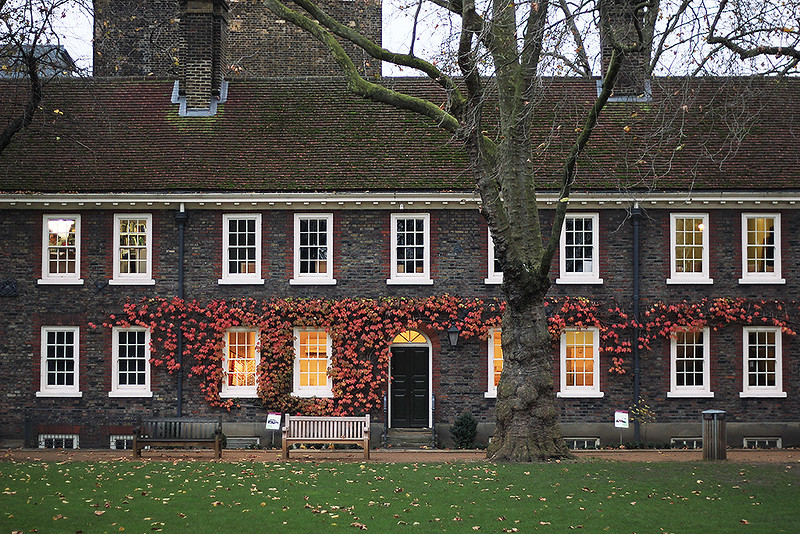 The Christmas Past Exhibition is on until Sunday 3 January 2016

7 thoughts on “The Geffrye Museum | London”