For one of my last days in London, I decided to go to Hampstead, a green, and may I say, rather posh area in the North West of London. I’m not completely unfamiliar with this neighbourhood. Many moons ago I got lost walking up and down its hills, looking for Highgate Cemetery… without a map. Needless to say, I never found it but I liked what I saw, all of a sudden London felt like a village.
It was time to come back, this time armed with GPS, I wasn’t going to be defeated. Especially as I had accumulated a rather long list of places I wanted to check out in the area. Most of them stately homes, which you know by now my love for them. Unfortunately, my ‘holiday piggy bank’ was considerably depleted by then so I had to pick one and went for the most affordable one of the bunch. 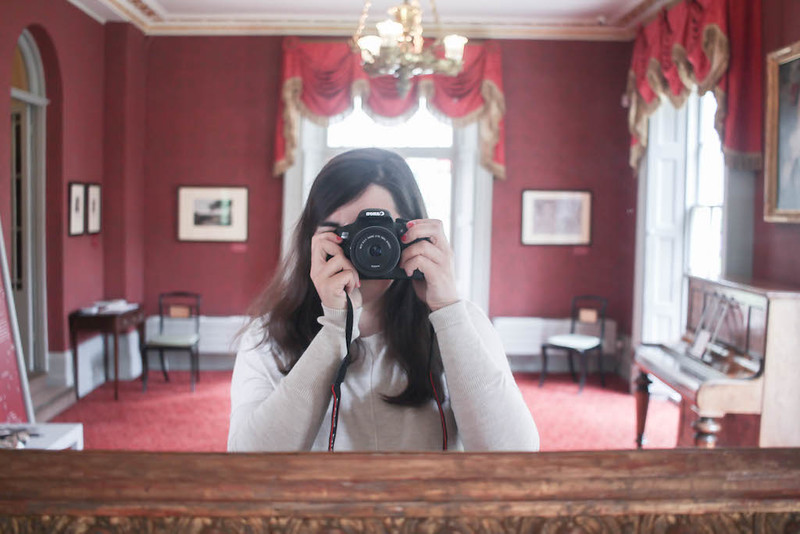 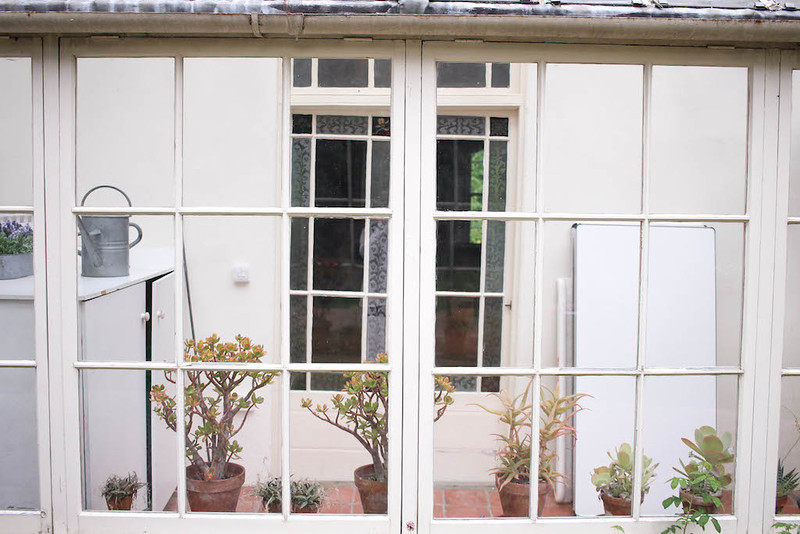 I have to come clean with my ignorance, I really didn’t know much about John Keats. I vaguely knew he wrote poetry and that he went through a tragic love story, which is probably very common in the profession anyway. It probably explains why for so long, I kept confusing him with Dylan Thomas in my little ditzy head. Yep, poetry is really not my forte.
I’m glad I got to know him a bit better through pacing the floors of the house he once called his own. I will depict it and touch on his short life in an upcoming post. 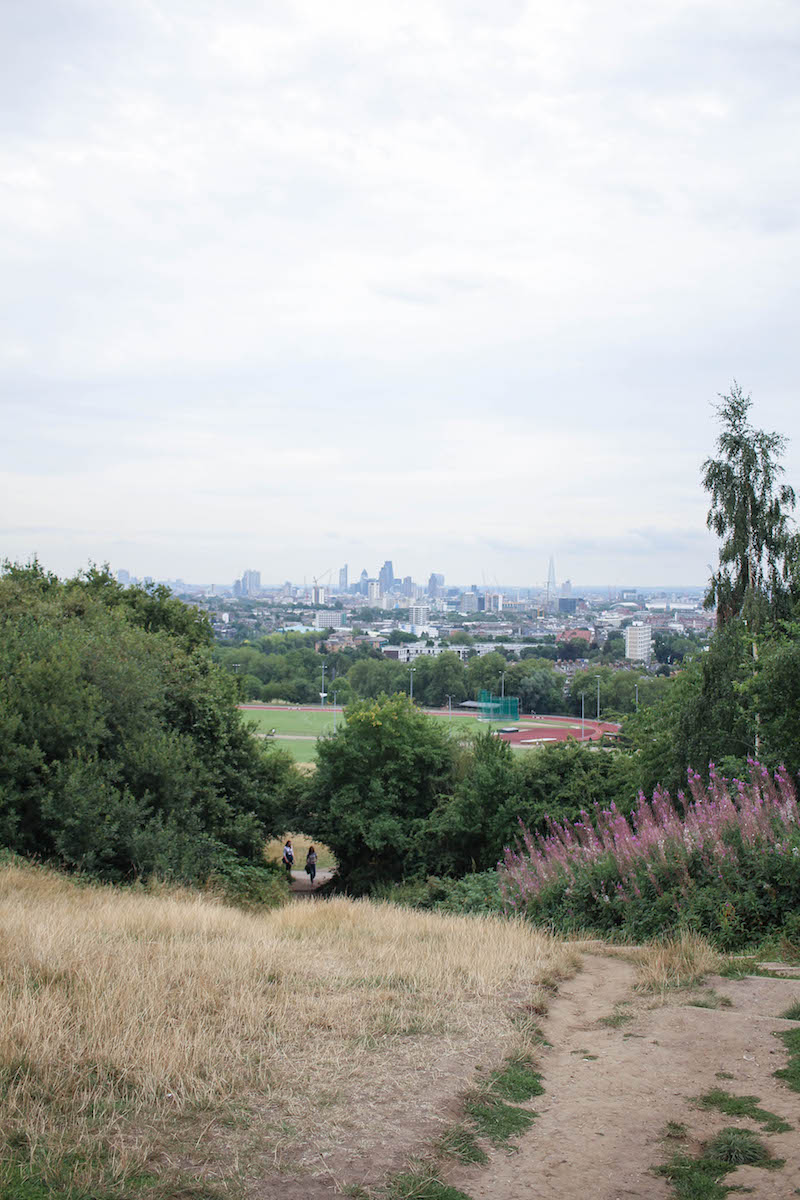 Keats house is handily located next to Hampstead Heath. I needed to cross this beautiful park to get to my next destination. I lingered on its paths, gushed at the cute dogs being walked and watched, bewildered, the locals paddling about in the murky ponds.
I climbed at the top of Parliament Hill, singing Kate Bush to myself to be stopped abruptly by the magnificent view that rolled at the top. I stood there for a while and admired the London skyline surrounded by Londoners, all of us equally oblivious to the rain that had started to pour. But it was time to start on the last stretch of my journey if I wanted to catch the Dead before the closing of the gates. 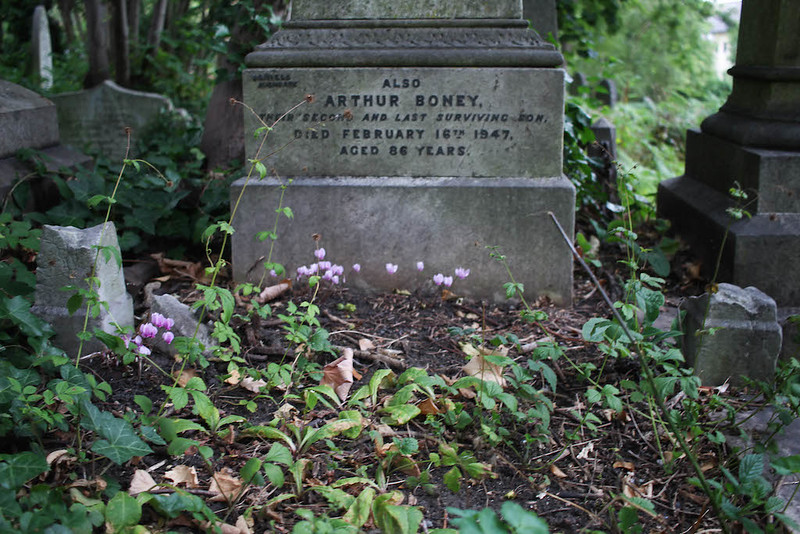 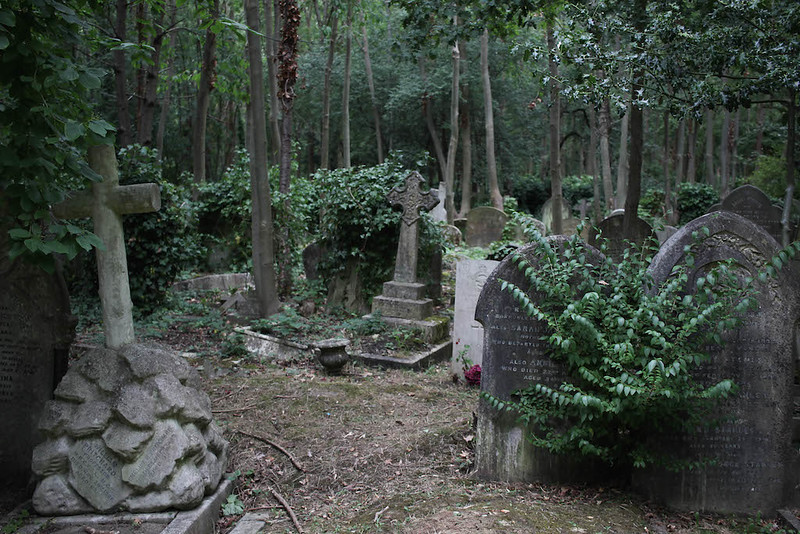 You will have guessed it by now, this time I had made it to Highgate Cemetery. I had longed to see its ivy-covered grave stones more than any other cemetery in the world. It was every bit as creepy and mysterious I had imagined and I finally got to see the tomb of one of my favourite writers. It was so teeny that I very nearly missed it. But that’s a story for another post!

And that’s it for my penultimate day in London. Hope you’re enjoying the series so far and that you found a place you’d like to visit. In case you missed any of the previous days, here is Day 1, Day 2, Day 3 and Day 4.