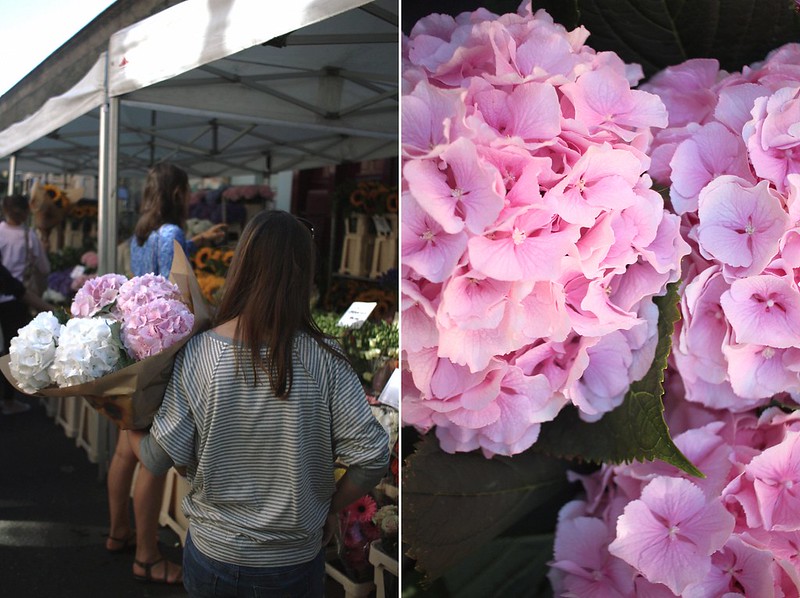 Sunday mornings are made for markets, right? One I had been meaning to check out for a long time is the Columbia Road Flower Market. That weekend, I finally managed the early rise necessary to enjoy the market before it gets too crowded.
I’m not a coffee drinker but that morning, I really needed a caffeine fix. I was on full Zombie mode. Luckily, Jane knew a great cafe stall, which was located in the courtyard of the pub The Royal Oak (on Columbia Road). The coffee there was so smooth, I swear, I didn’t even need to put sugar in it! Thank the Lord, I don’t live anywhere near that place, I would have started down the dangerous slope of caffeine addiction at full speed.
I enjoyed the market a lot, I walked back and forth several times to look at all the flowers and to get all the shots I wanted. The light was quite stark, the sun shone brightly on one side of the market while the other one was in the shadow. Switching from one side to the other, in between the people, was a great camera exercise. It forced me to remember the settings and not to rely on my screen anymore. I feel like I made some progress that day! I’ll show you the pictures in a later post where I’ll talk more about the market and the surrounding shops. 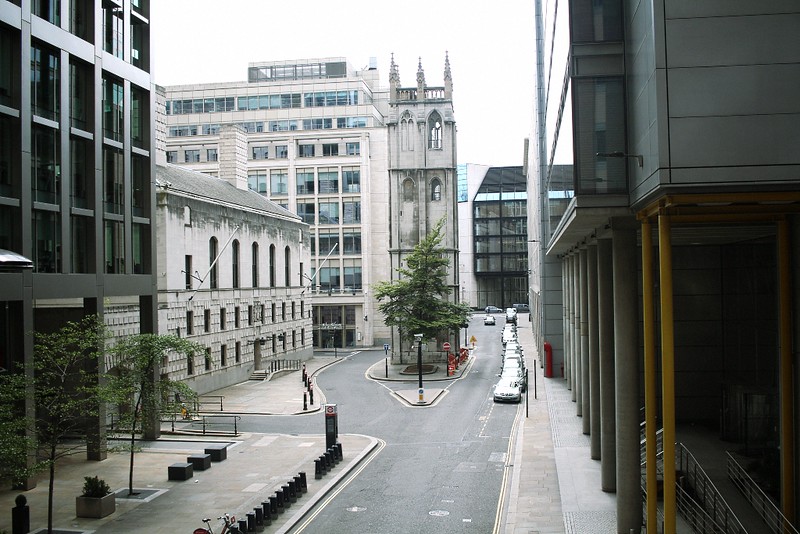 After the market, I mooched around in Shoreditch. It’s such an energising area. So many incredible shops and eateries, one can easily lose track of time… and money. I took note of two beautifully curated shops on Calvert Avenue: O’Dell’s and Luna & Curious. My stomach reminded me of its presence and I went on a food mission. I ended up grabbing pizza slice in the snazzy Voodoo Rays. It was pretty good and it gave me the energy I needed to walk all the way to… 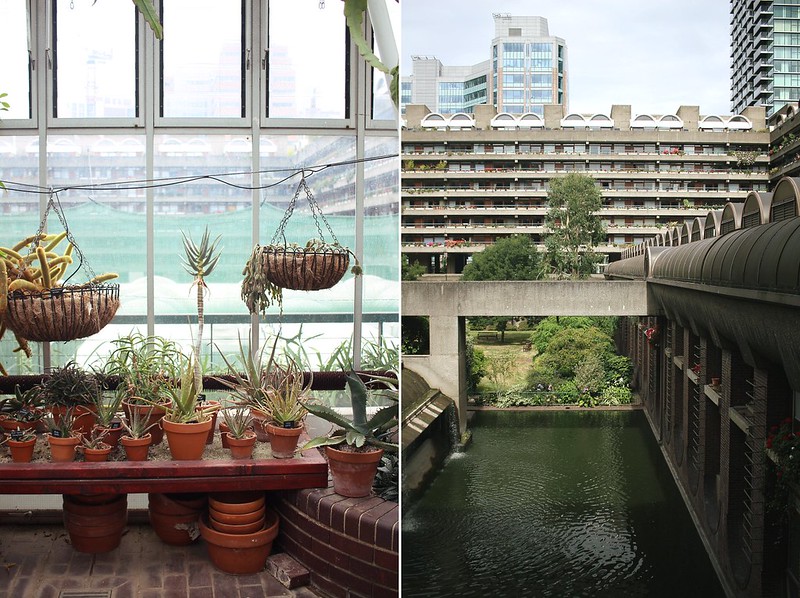 If you’ve never heard of the Barbican Centre, it’s a housing estate slash arts centre slash music and drama school slash conservatory… I probably forgot something but it’s an imposing structure and walking among its halls, I felt like I was on the set of a working-class film from the Sixties. Again, I’ll talk about it in more detail in a later post. 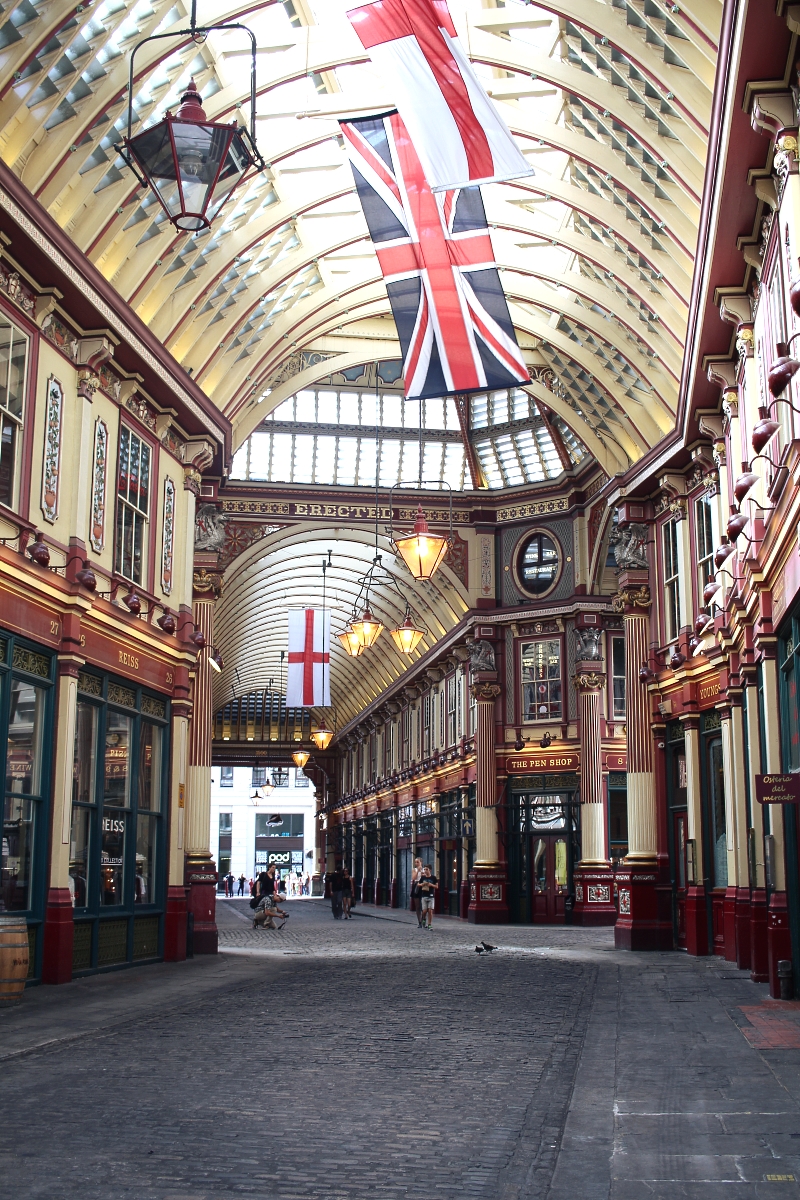 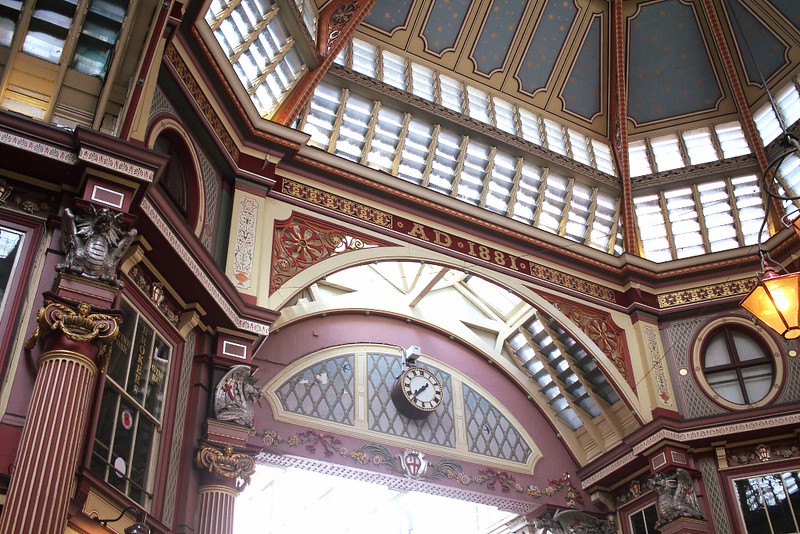 The rest of the day was spent walking in the City of London, which is a district I’d never really explored before. I took my sweet time, nose in the air as usual, getting lost sometimes, but always inspired by London’s great architecture and its different variations. And speaking of astounding architecture, my last destination that day was Leadenhall Market. It’s one of the oldest covered markets in London. It dates back from the 14th century. If it looks slightly familiar to you, it is probably because you’ve seen it before in the first Harry Potter film. It is a bit magical, even in real life, even on a Sunday when the shops are closed and the galleries deserted.

And that’s day 4 over! Only two more days left of my trip to London to tell you all about! If you missed any of the previous days, here is a recap:
Day 1: Audrey Hepburn & Ice-Cream along the Thames | Day 2: Spicy falafel, Totoro, golden gates & confettis | Day 3: Canal walk & neon signs