I’m just back from a long week in London and it was fantastic as per usual. I got to tick off so much from my ‘London Bucketlist’! I couldn’t wait to tell you all about it so I thought I would post everyday this week with snappy rundowns of each day spent in my favourite city. And in the hopefully not too distant future, i will write more in-depth posts about some of the places mentioned. That way, I’ll also be able to talk about places that would have never made the cut. I want to quickly add that everything here will be budget-friendly. The pound was incredibly strong compared to the Euro so money was flying through my pockets even more so than usual. I tried to be wise and eat at home most of the time thanks to my friend who was putting me up (if you’re reading, thank you again Jane) so I’m afraid the recommendations for eateries and restaurants will be few and far between. But without further ado, here’s day 1 of my stay in the Big Smoke. 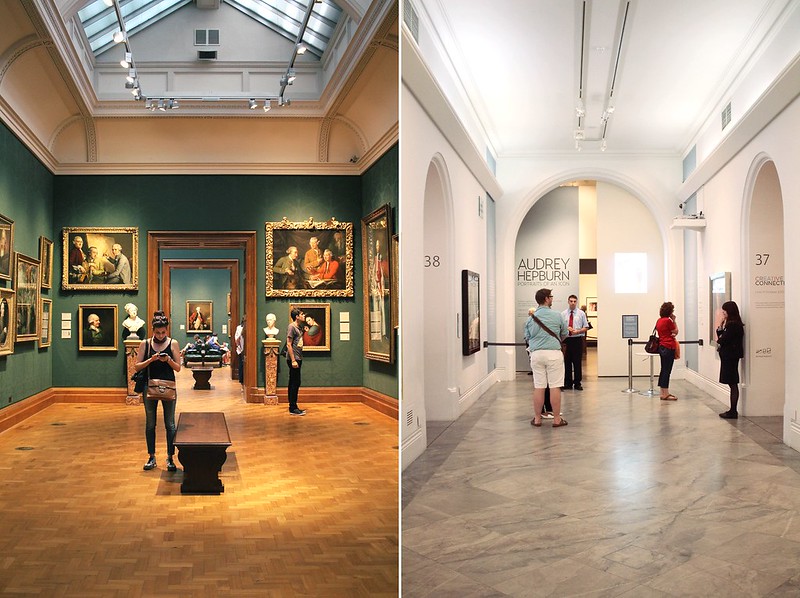 AUDREY HEPBURN, PORTRAITS OF AN ICON @ THE NATIONAL PORTRAIT GALLERY

First port of call was the photographic exhibition on Audrey Hepburn. I used to be obsessed with her and whatever films she played in so when Jane mentioned it in an email, I knew it had to go on ‘the list’.
The exhibition recounts her life in pictures, from her mischievous smile as a child to her UNICEF work in Africa. Did you know she was born in Belgium by the way? #proudpatrioticmoment
In between, there’s quite a few publicity theatre and film shots, I was delighted to discover that a couple of her films escaped my Hepburn madness era. But there’s also incredible portraits by renowned photographers such as Cecil Beaton, Mark Shaw and the technicolor-wizard Norman Parkinson. I was so absorbed I didn’t even notice Gok Wan was in the same room, haha! The exhibition comprises of three rooms (and a half), it’s quite small but the pictures are full of interesting details. My favourite one was by Mark Shaw where you can see queen Audrey from three different angles in a mirrored dressing room.

Audrey is the most intringuingly childish, adult, feminine tomboy I’ve ever photographed. She’s many women wrapped in one.

PS: Photography wasn’t allowed inside, I even got shouted at for taking the picture of the entrance above -_- 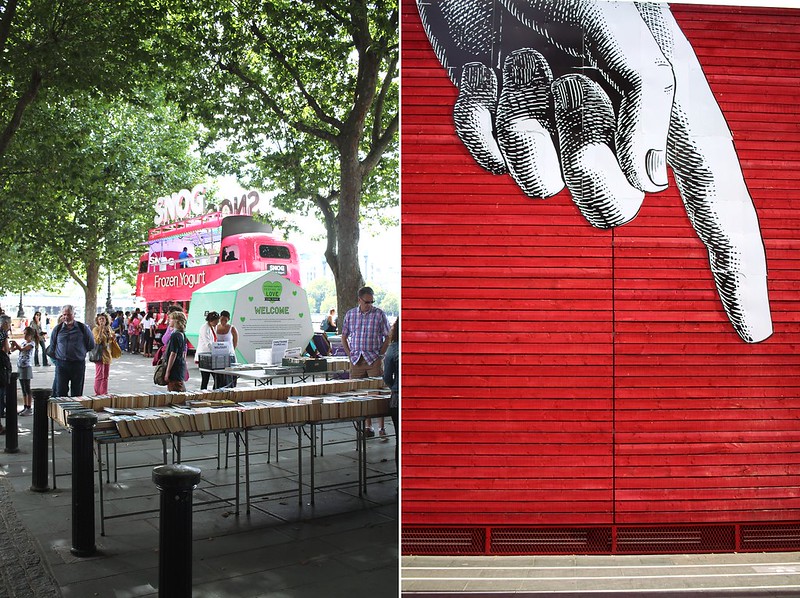 After wandering on the different floors of the National Portrait Gallery (which is free by the way), it was time to head out and soak up that hazy London sun. Direction: South Bank! Even though it’s quite a popular destination for both Londoners and tourists, I had actually never visited the area. When I lived in London, I really liked the bit of the bank from Tower Bridge and Eastwards. I’m glad I finally remedied to that ‘London faux-pas’ because it was a really pleasant walk. I watched the skaters rolling around in the skate park, browsed through a second-hand book market, made a silly picture in front of the National theatre, looked at the leaflets to see what was up in the Southbank arts centre and ate a strawberry ice-cream while watching people and seagulls.

It was then time to go home to go grocery shopping and on my way to the bus stop, I got to cross the Millenium Bridge for the first time, the view on the beautiful Saint Paul’s Cathedral was insane! How can one ever get tired of London?

Hope you enjoyed Day 1! Don’t forget to come back tomorrow for Day 2 x

8 thoughts on “Audrey Hepburn & Ice-cream along the Thames | London, Day 1”