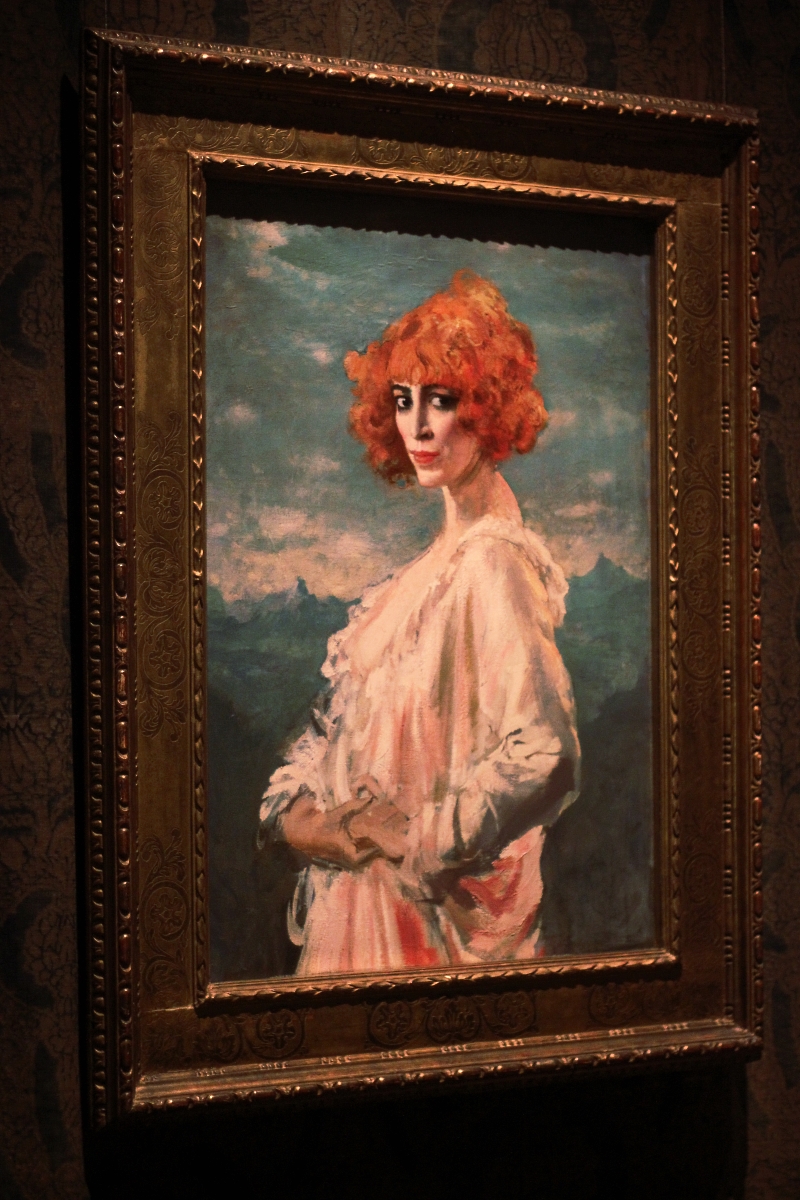 I thought I would kick off my posts on Venice with the only exhibition I went to. Since, it’s temporary (it runs until March), it only makes sense that I should get this post out of the way first.
I think I found out about the event on Instagram when the above painting popped up on my feed, I felt that I had seen this portrait before and instantly wanted to know more about this fiery looking lady.
I’m probably not the only one who experienced this feeling of déjà-vu as she is one of the most portrayed women in art history. Luisa Casati was indeed a muse for many artists in the beginning of the 20th century. She also commissionned numerous portraits for herself as she wanted to be “a living work of art”. The more I read about her, the more excited I was to visit this exhibition dedicated to her extravagant life. 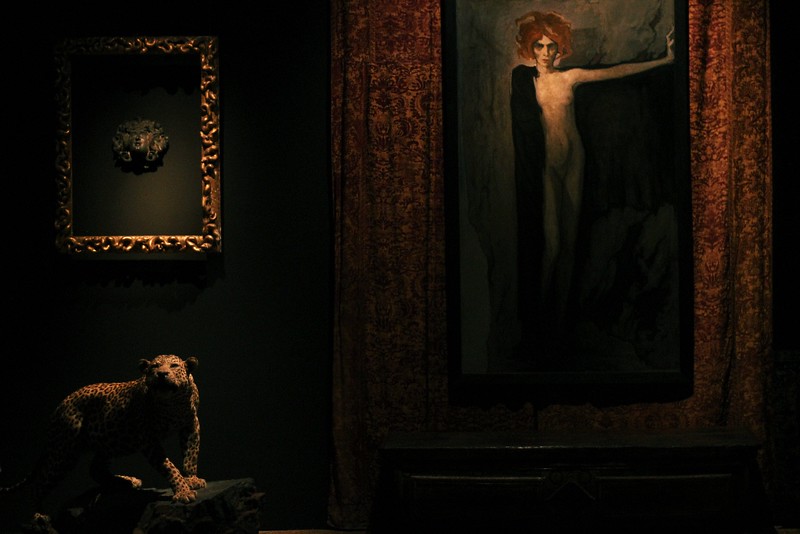 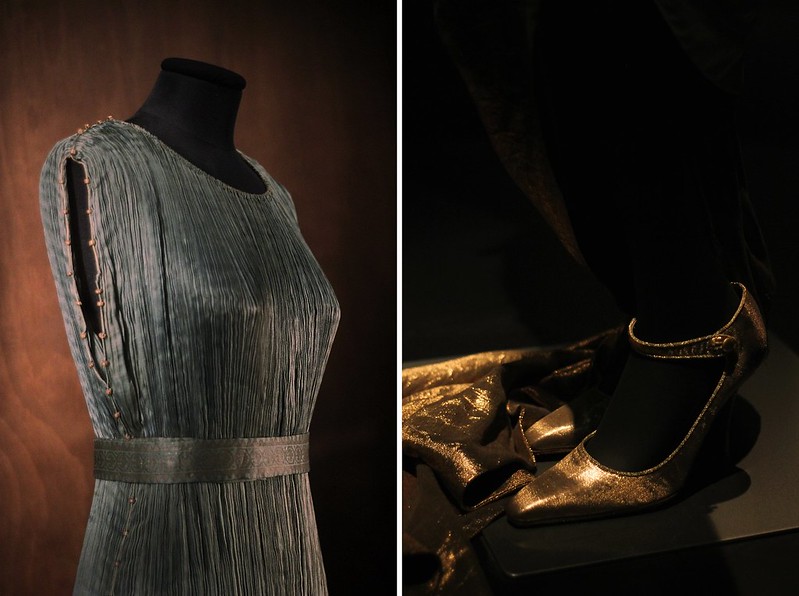 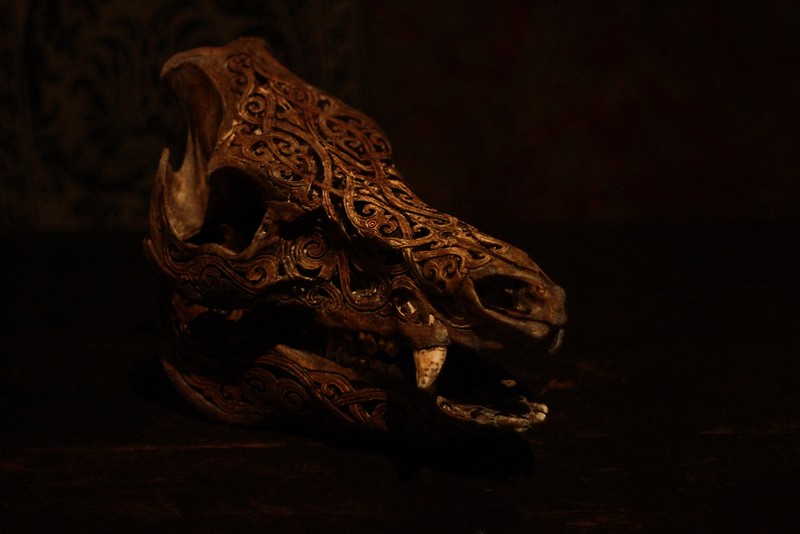 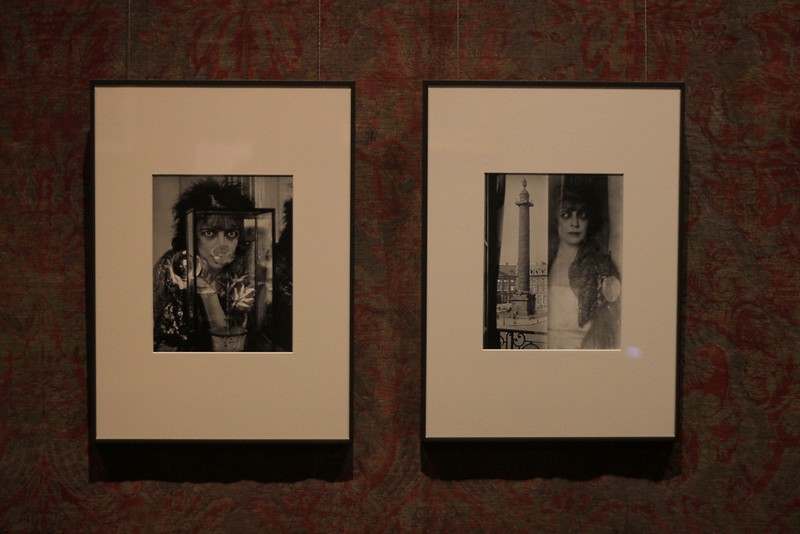 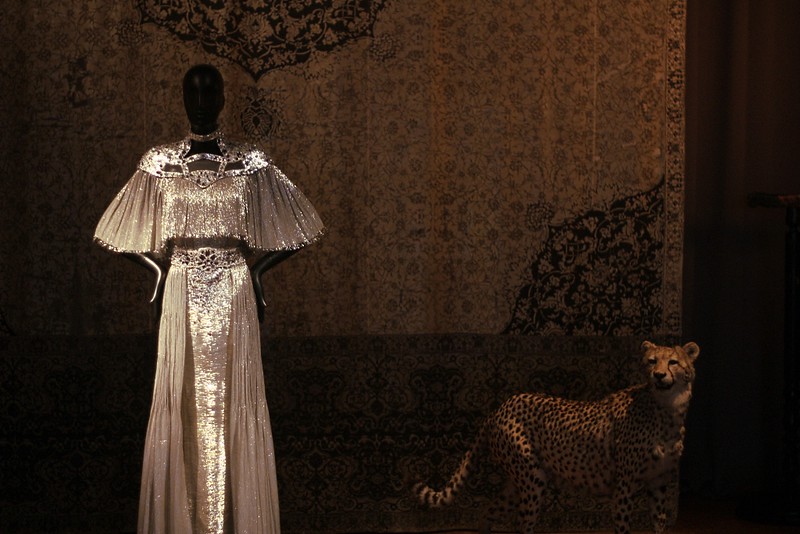 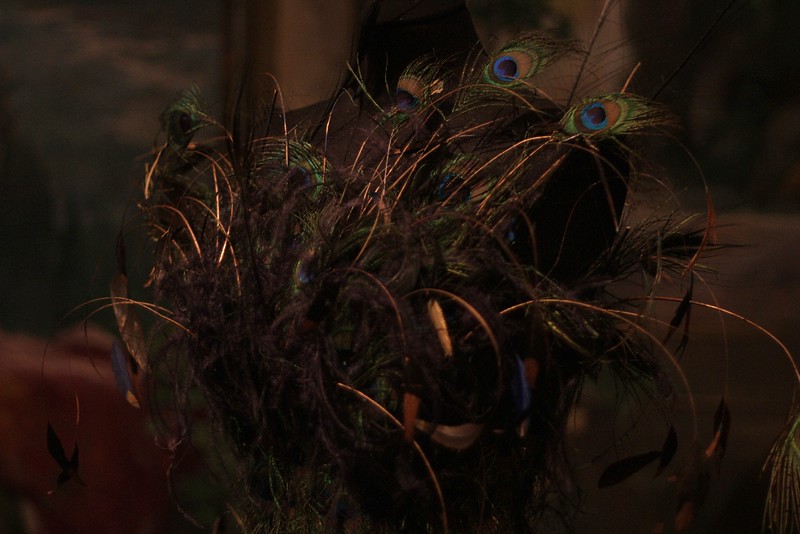 In the dark Palazzo Fortuny, where the rooms are padded with silky brocade, objects and frocks belonging to Luisa Casati as well as portraits give insights into her life. From Man Ray’s picture of her where she defiantly stares at you to the snaps stolen by Cecil Beaton where she hides behind her hand. From being the richest woman in Italy to living her last days, destitute in London; you get the sense that the Marchesa lived the life to the fullest until it literally left her in rags.

From a rather conservative background, Luisa Casati reinvented herself after meeting the poet Gabriele d’Annunzio. She morphed into the look we know her for today: fiery red hair, heavily lined eyes and red lips. Even though she didn’t fit to the beauty standards of the day (she was deemed too tall and too thin),  she turned it around and became a femme fatale, the first ever female dandy. She had countless lovers (women and men) among the artists she hung out with but she kept a close relationship with d’Annunzio. On the first floor of the museum, in a wooden cabinet, there’s a little figurine modelled after her (pictured below). It is said that d’Annunzio had it made so he could look at her and feel Luisa Casati’s presence every time he was missing her. 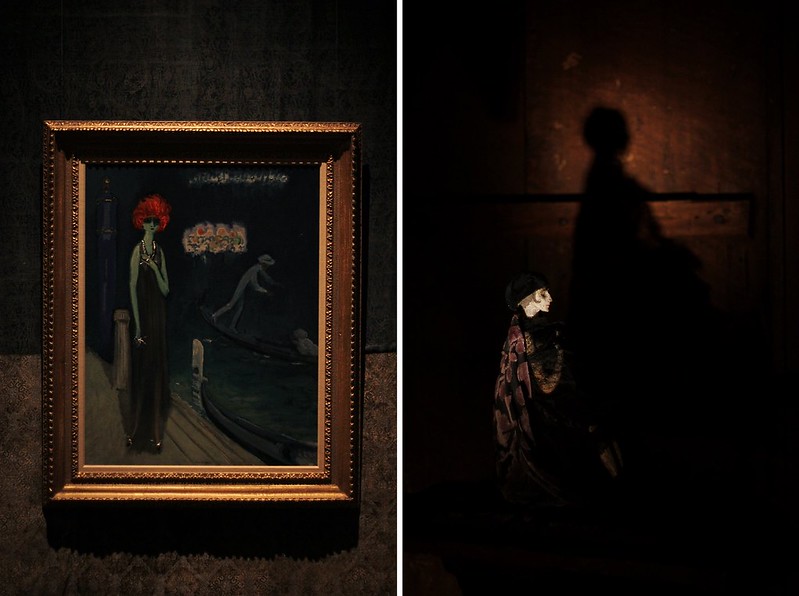 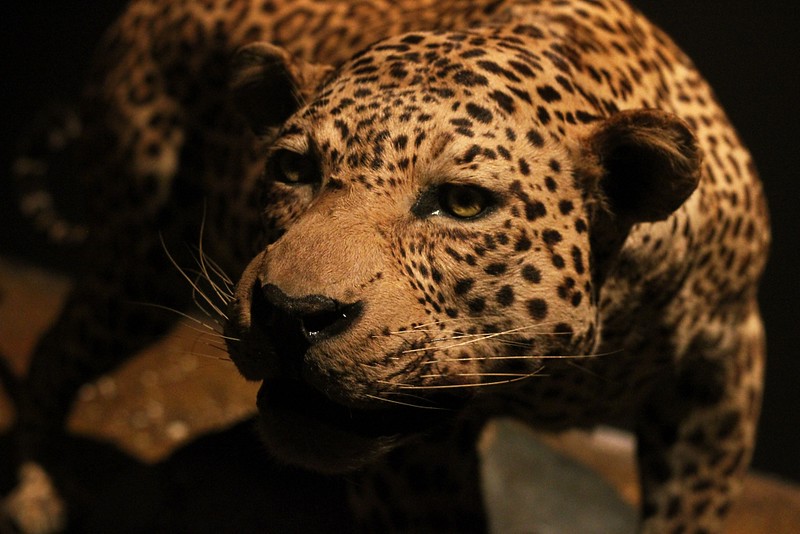 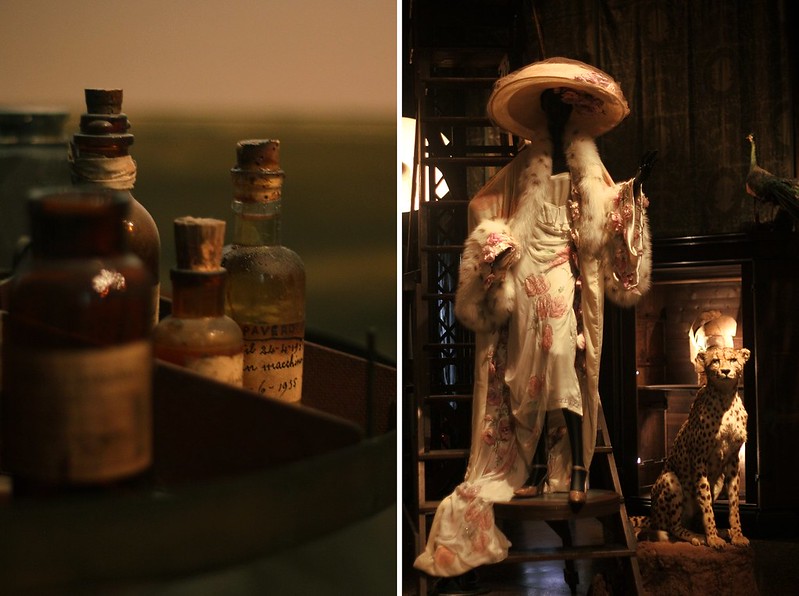 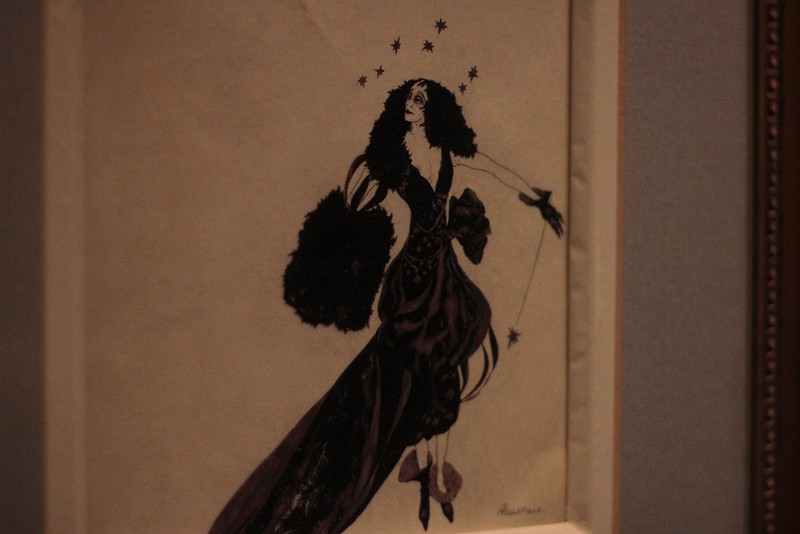 She was known for hosting the most lavish parties and for entertaining the most extraordinary whims. I had to chuckle while listening to the audio-guide (which I would recommend you opt for; they’re free) when I learned that she used to dye her dog blue to match her outfits. She was also famous for having pet leopards. Many people reported seeing her walking them on diamond studded leashes in Venice (she was the direct inspiration behind the iconic Cartier’s panther jewellery pieces). But she also liked to wear a less conventional, one could say, type of ‘necklace’ like… wiggling snakes!

With such intriguing stories and unique look, there’s no wonder that Luisa Casati still captivates our minds today. Recently, Alexander McQueen and Lagerfeld for Chanel created pieces inspired by her striking silhouette. You will be able to see some of them in this exhibition, the first solely dedicated to one of the most fascinating characters of the early 20th century. 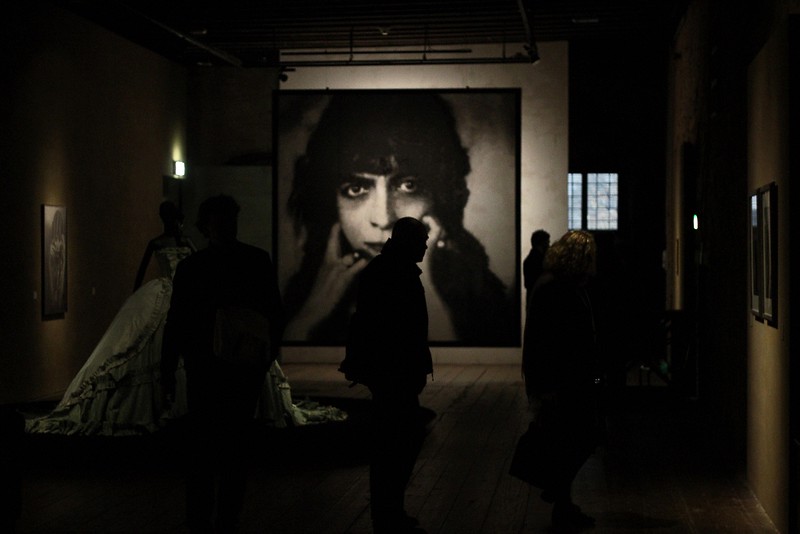