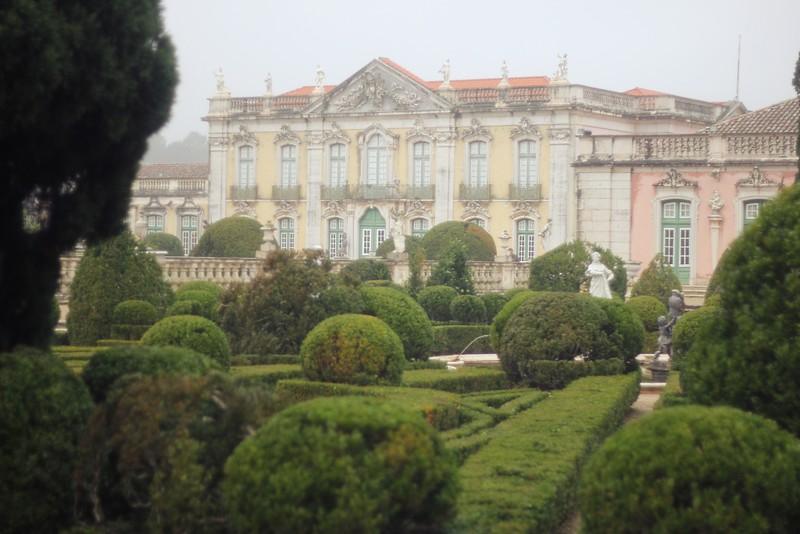 Before I dip into my trip to Venice from last week, I have one last Lisbon post from last year to share with you. And not any post, this was hands down my very favourite place I visited last year. And it might well be one of my favourite places of all time, actually. Queluz Palace & Gardens oozes so much magic and atmosphere, I’ve had a hard time not to violently pinch myself during the whole visit. The palace has been aptly described as an ‘expensive birthday cake’. I couldn’t have worded it better! 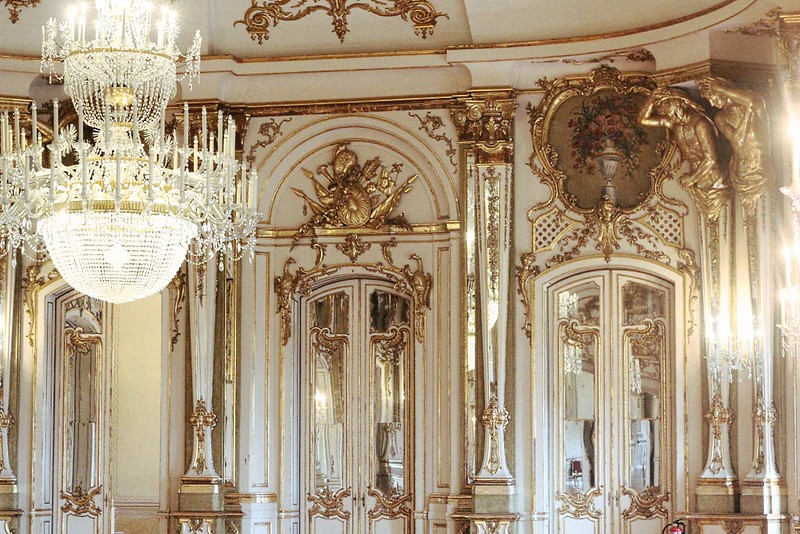 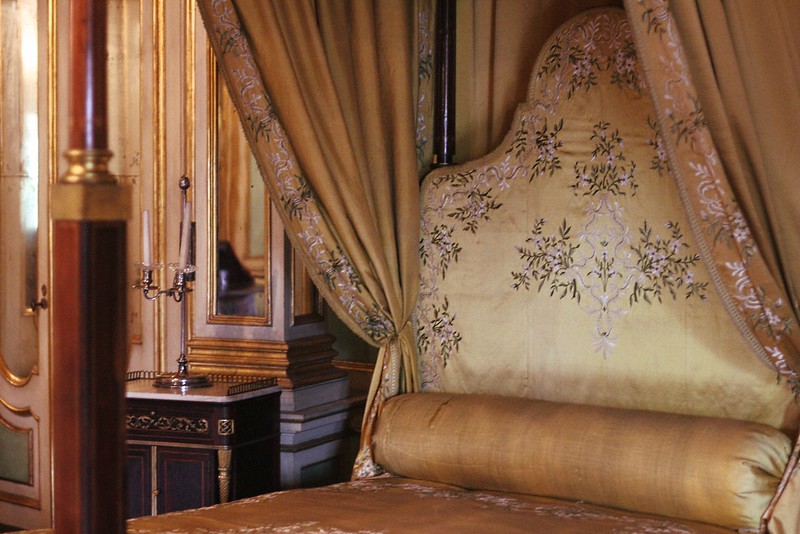 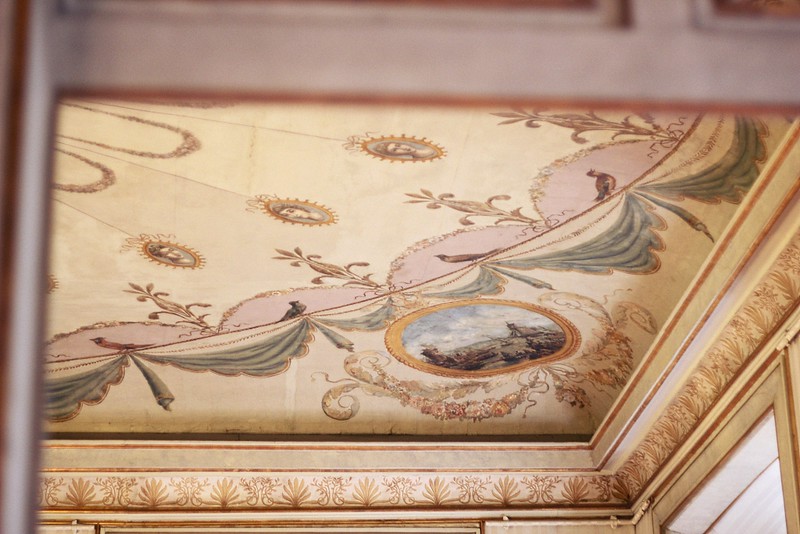 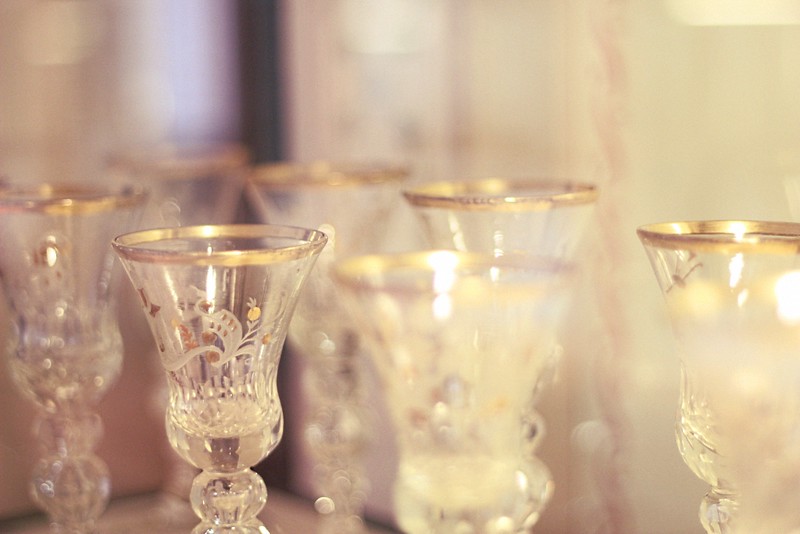 This 18th century palace is often referred as the ‘Portuguese Versailles and as I pushed the entrance door leading to the ball room, the comparison stared at me in the face from the mirrored walls tirelessly reflecting the scintillating chandeliers and the gilded fixtures . There, in front of me, was standing a smaller-scale Hall of Mirrors.
I visited the palace in January last year and I practically had the place to myself. I leisurely inspected (and took one gazillion photos of) the period rooms, filled with intricate objects from the time (I especially enjoyed the porcelain and glassware collection), the incredible frescoes on the walls achieved by French artisans nearly three hundred years ago and the surprising ‘his & hers’ loos.

This temple of rococo was initially the summer residence for the Portuguese royal family. They ended up moving in until they escaped to Brazil following the French invasion in the beginning of the 19th century. Since the 1908, it has been the property of the state and in 1940, the palace was opened to the public. It serves also as a residence for visiting heads of the state.

Even though, the place looks like a beautiful fluffy pink dream today, it was the witness of several tragedies in the royal Portuguese family, from the death of the King on the marigold bed pictured above to the madness of the Queen. She was kept hidden in this golden padded palace of sorts until her death. 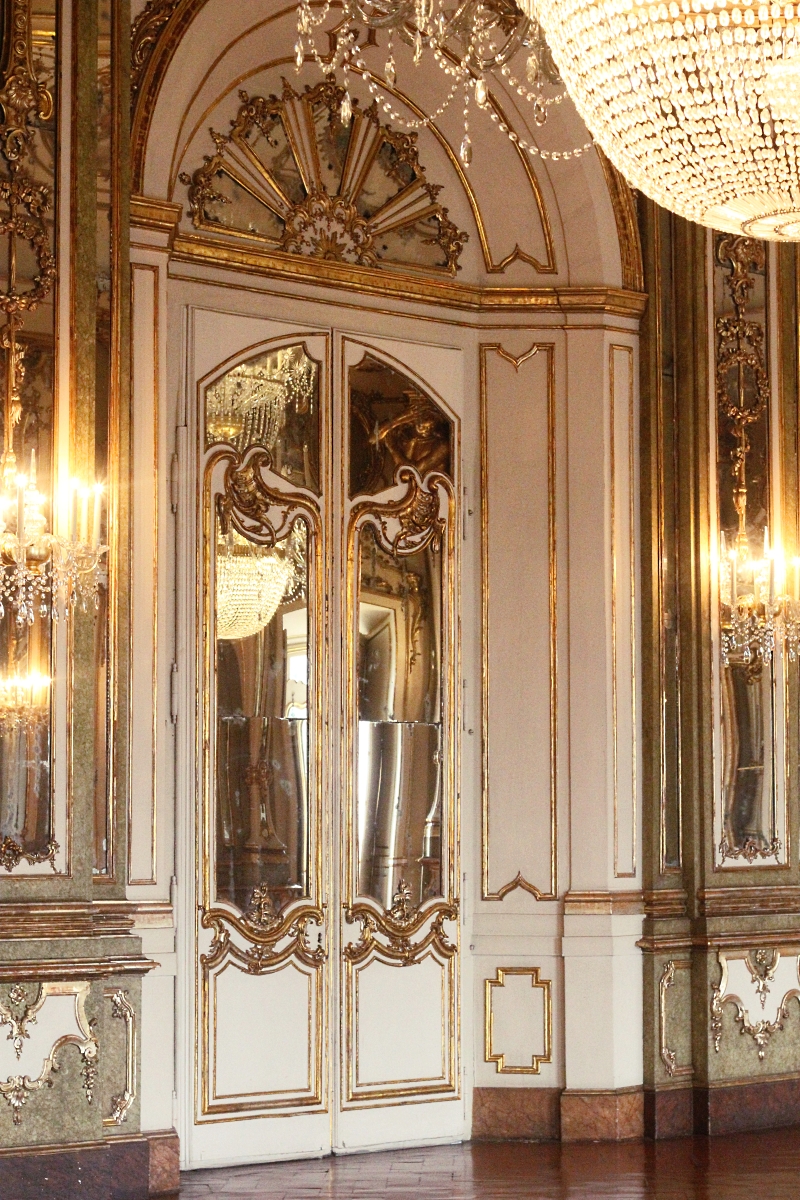 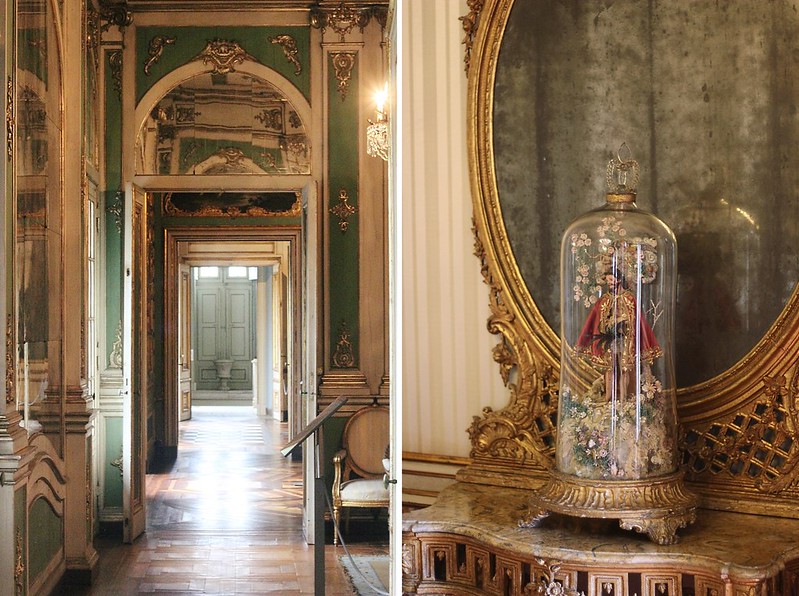 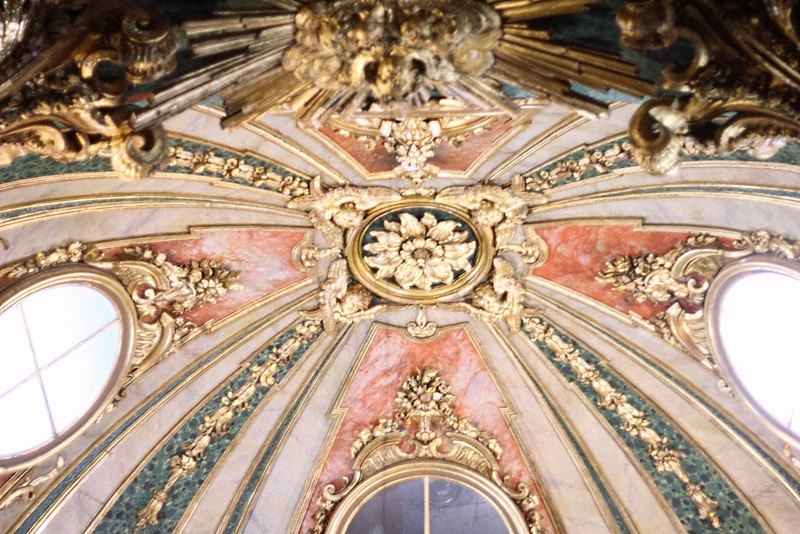 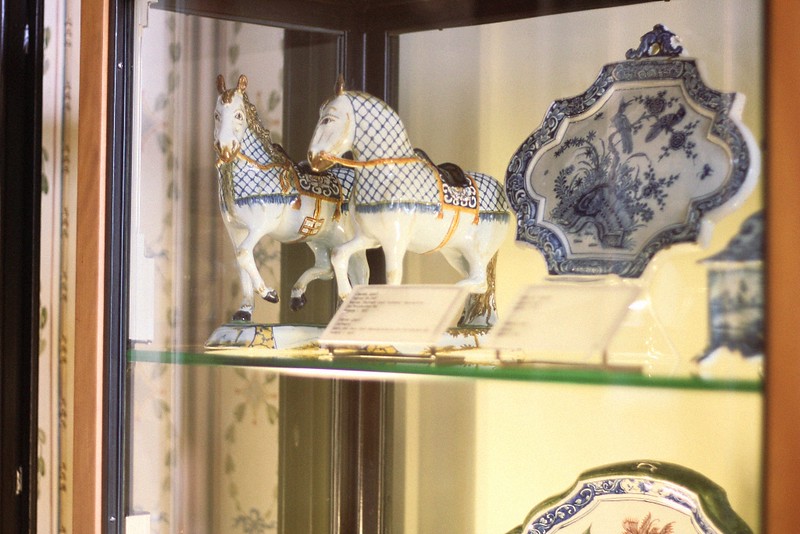 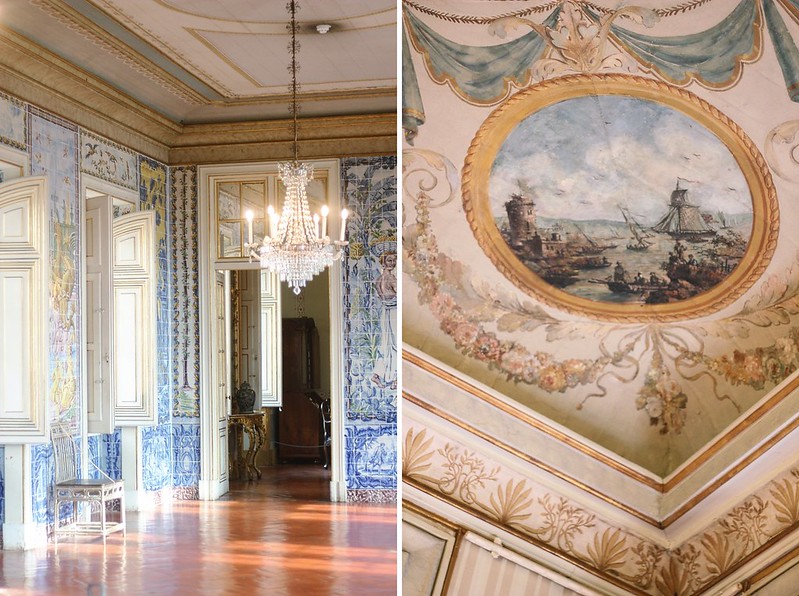 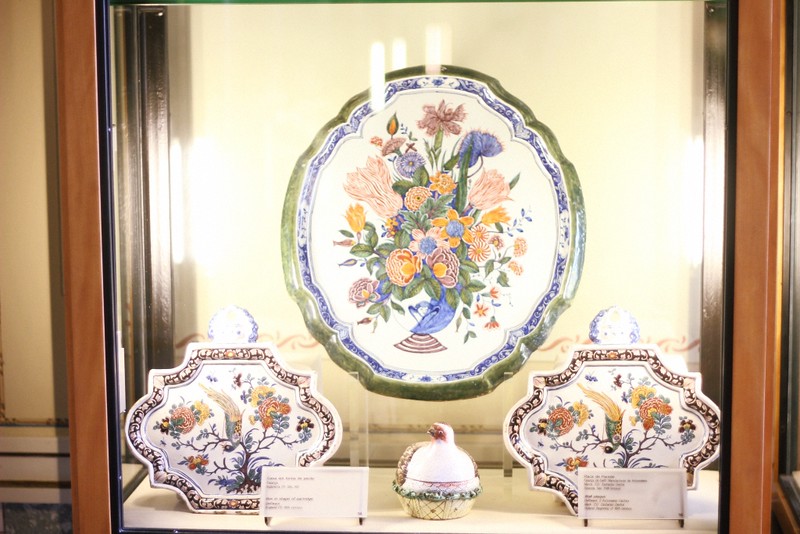 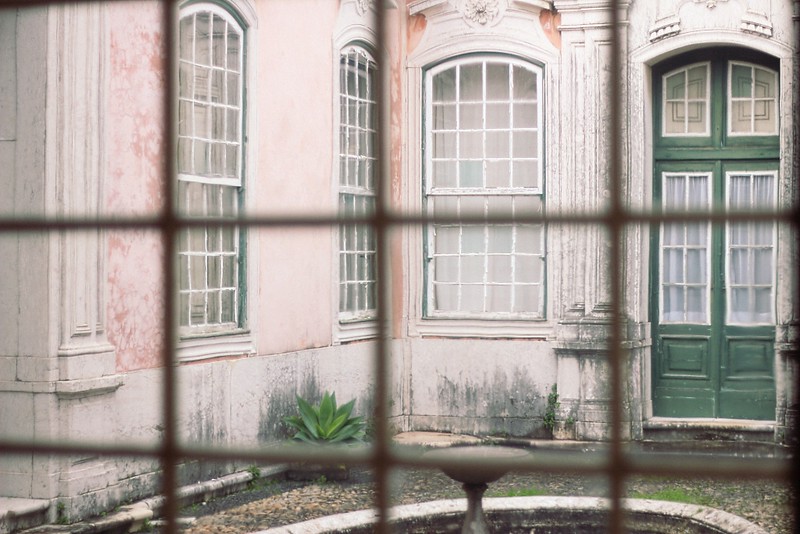 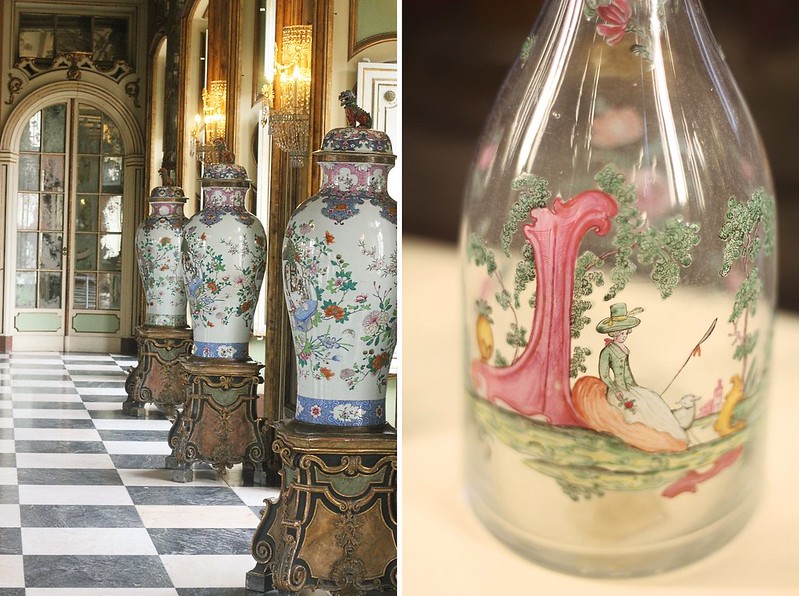 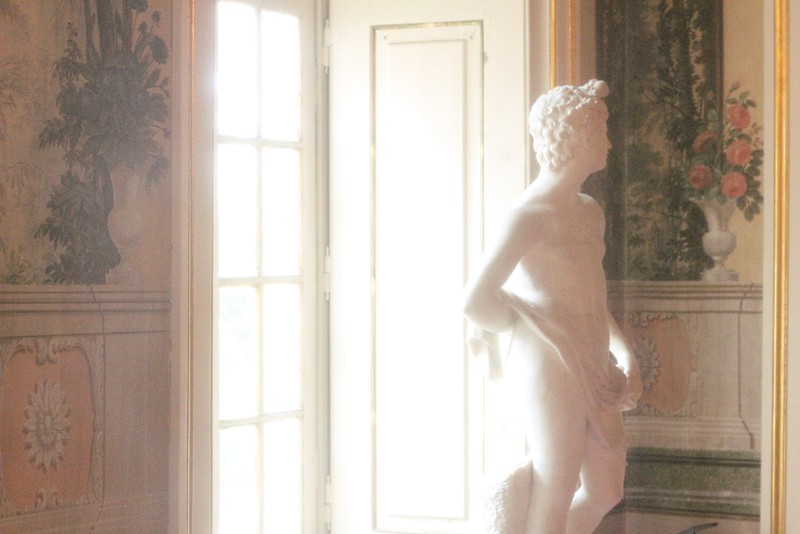 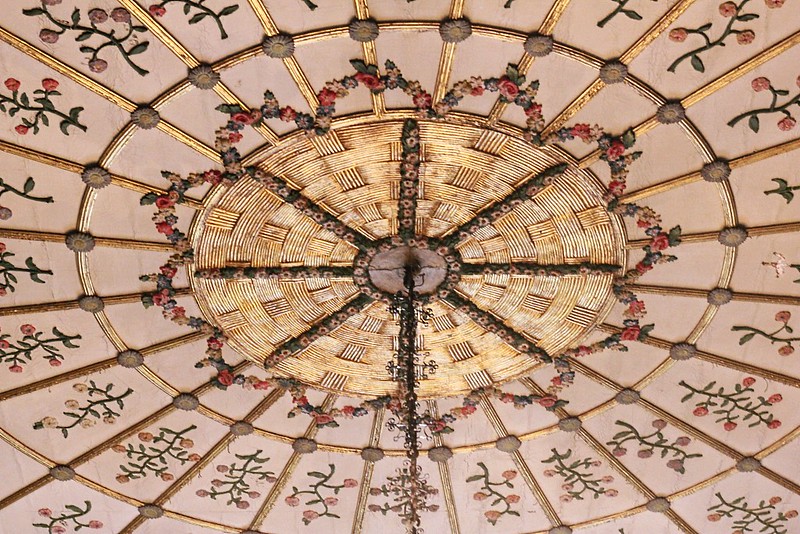 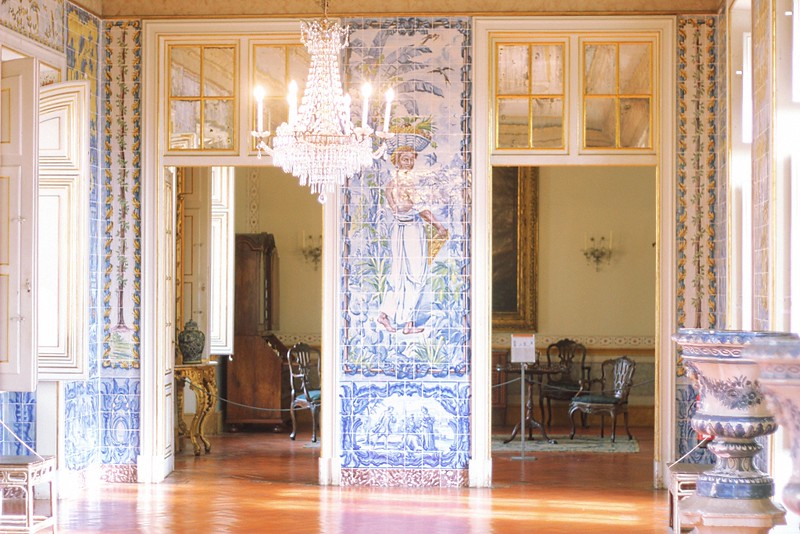 When I stepped outside to explore the surrounding gardens, I was met by a display of falconry on the steps of the palace. I watched the hawk going back and forth between trainers for a little while then I headed towards the jardins à la française. I believe there is also a horse show but it probably takes place in the high season.
I walked along the topiary and felt so blessed to be in such a unique place. The grounds looked particularly enchanting that day as a fine foggy mist wrapped the pink palace. Unfortunately as magical as it was, it also meant I had to shorten my visit as I was getting a tad worried for my camera with the humidity. I would love to go back in Summer to see what blooms brighten up the gardens. 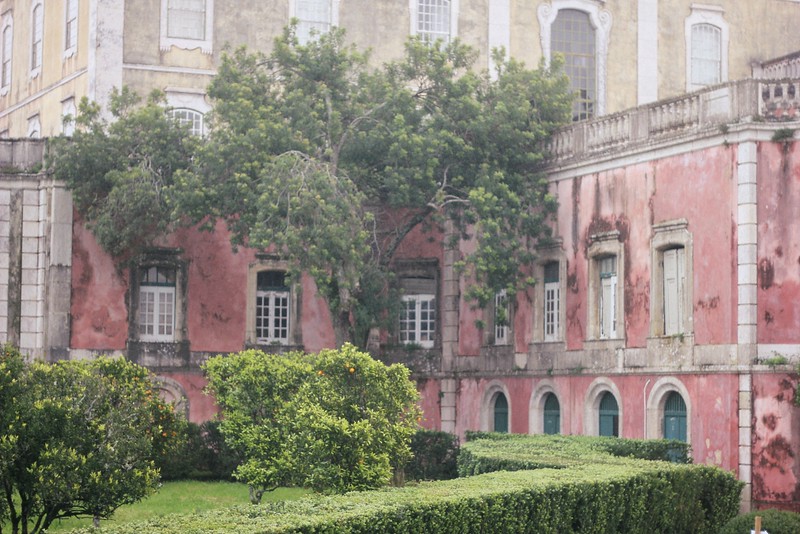 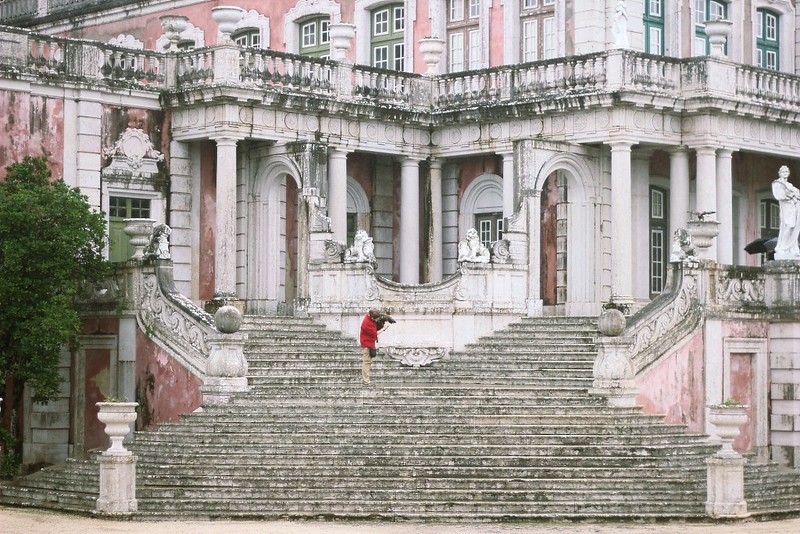 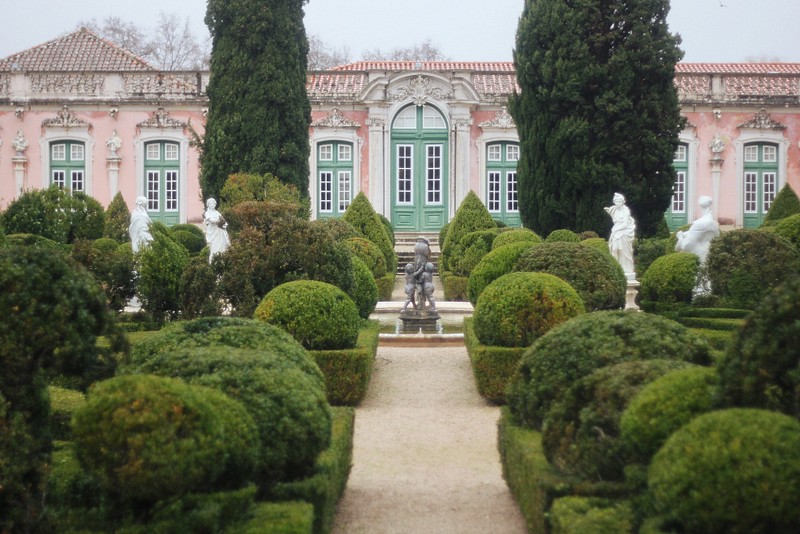 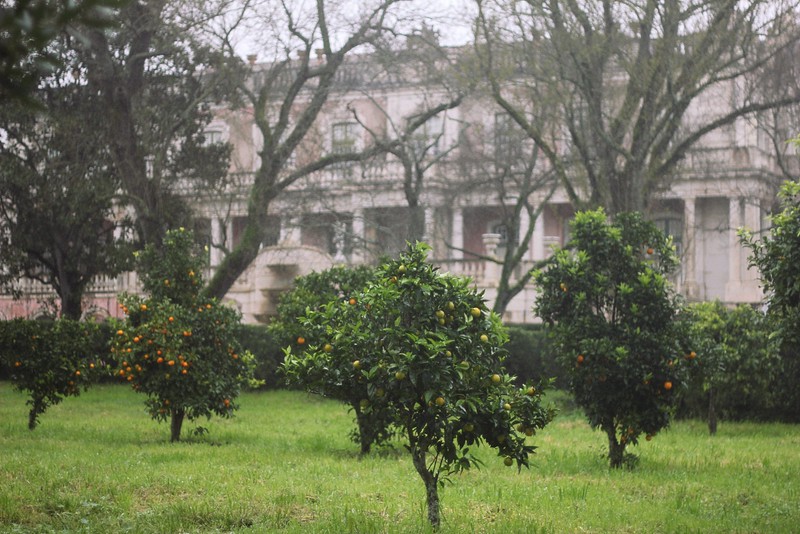 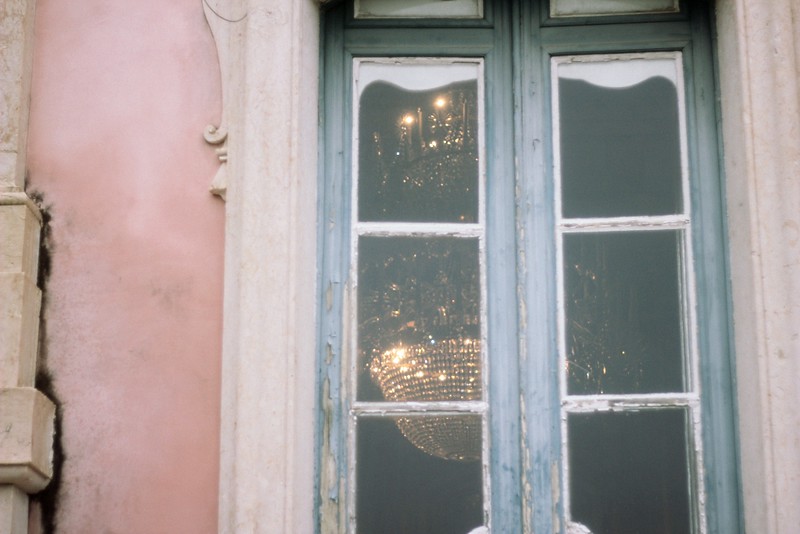 If you want to make the trip to Queluz (which obviously I strongly recommend if it wasn’t clear enough from the above gushing), head down to Rossio Station in Lisbon. There are train to Sintra every 20 minutes or so, hop on one and get off at Queluz (the fare is €1.55/one way). The journey takes about 20 minutes (Queluz is half way between Lisbon and Sintra) and you will need to walk 15 minutes to get to the palace. Alternatively, you can take the bus 157 outside the station.

So this concludes the entierety of my Lisbon posts, I hope you enjoyed them and that you picked up a recommendation or two along the way. The next time you will hear about Lisbon on this blog will be more than likely my guide, hopefully downloadable. In the meantime, you can always check out the mini guide I wrote for Atlas Addicts if you’re leaving for the City of Seven Hills soon (lucky you!). 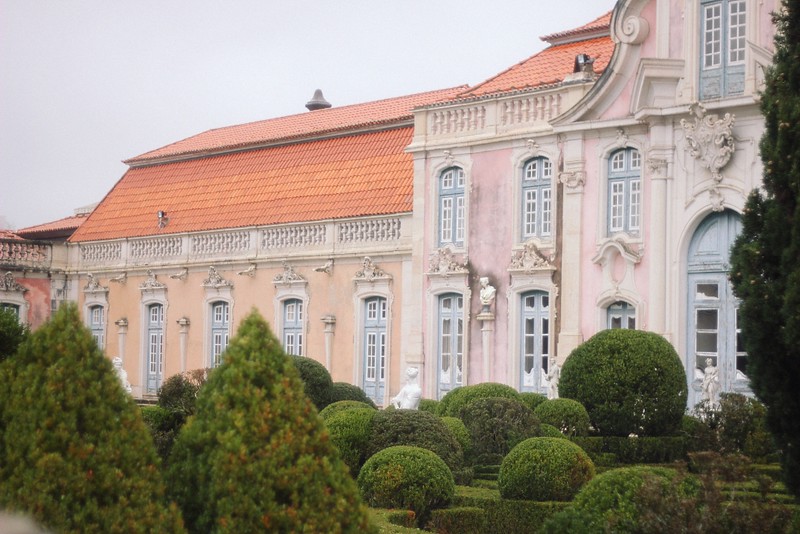